By anyone’s standards, Universal Studios have had a hell of a year. Fifty Shades, Fast 7, Jurassic World, Minions. Coupled with Pitch 2, Trainwreck and the steamroller N.W.A. biopic, Straight Outta Compton – The Man from U.N.C.L.E didn’t know what hit it, but one thing’s for certain, it wasn’t Illya Kuryakin’s twenty minute silencer slap – and the majority of studio heads were left scratching their heads. Why the heck did they bank on Adam Sandler and the Fantastic Four?

So what is the secret of Universal’s success? Not superheroes, sci-fi or schmaltz. Their formula is the original lightning in a bottle. Having seen one of their end of year releases (can’t say which, sorry) their run will continue. OK: they can’t match Star Wars – The Force Awakens for must-see-ability, but then, powerful Jedi he is, yee-hee-hee! I distilled Universal’s secret – hint they even released a movie called The Secret of My Success way back when (1987) – down to a few choice observations. 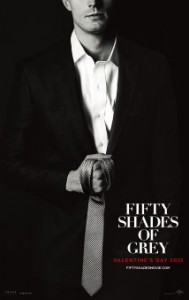 They take chances on female directors Who else would give the Fifty Shades of Grey gig to Sam Taylor-Johnson based on one movie? Or allow Elizabeth Banks to helm the hit sequel Pitch Perfect 2 after the so-bad-it’s-still-not-good Movie 43? Result: women showed up at the multiplexes in groups. With Trainwreck, they came again.

They don’t hire stars, they make them Dakota Johnson, Amy Schumer – they are so this year! Who knew they would rule in their respective movies, Fifty Shades and Trainwreck? Who else made the Minions? I don’t think Chris Pratt was a bona fide star before Jurassic World – but he sure was afterwards. And let’s hear for Compton’s O’Shea Jackson, aka Ice Cube Jr. (I’m sure he would like that, in which case, apologies Mr Jackson.)

They keep faith with franchises without having to re-boot them
The Fast and Furious series should have died with Tokyo Drift. It was like Step Up but without Channing Tatum and with cars instead of dancers (technically, I suppose it should be called Step On It). But then Vin Diesel was coaxed out of retirement. By the time the series reached Fast and Furious 7 with its added workhorse power (Jason Statham) and extra piquancy (actor Paul Walker died during production) the franchise had been taken to
another level. The producers listened to the audience took their time to finish it, rather than rush out a cash cow. 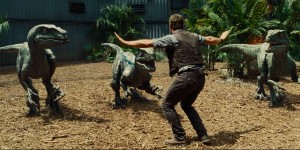 They reboot franchises that we want to see I didn’t predict that Jurassic World would be the hit of the summer – but by Isla Nubla it was. The wild card casting of Chris Pratt gave audiences a real keeper – his humour and dino spectacle wowed adults and young ones alike. Where did you want to go on holiday next year, son?

They don’t forget other audiences As well as women, the African-American audience was well-catered for. If you want to get people talking about how far America has come in racial
integration, you take them to Compton. Universal had always relied on the summer music biopic – last year it was Get On Up. This year, they got on up to the number one at the box office spot.

They run smart advertising campaigns From the less-is-more ‘Mr Grey will see you now’ poster campaign, to Chris Pratt racing raptors, to Minions waiting for their dungarees to dry, Universal’s campaigns hint at the pleasure of the finished film but don’t
over-sell it. The less said about saturation cinema trailers, the better. 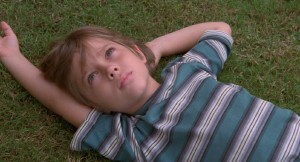 They don’t try and imitate other studios Jason Bourne is not James Bond. Illumination Animation films are not Pixar. Richard Linklater’s Boyhood is not like anything else. OK, so they haven’t
coaxed Wes Anderson back to the fold, but a fax may be sent. Any day now…

They bid farewell to Adam Sandler… and that’s a good thing.

Has The Movie Industry Lost Its Touch?