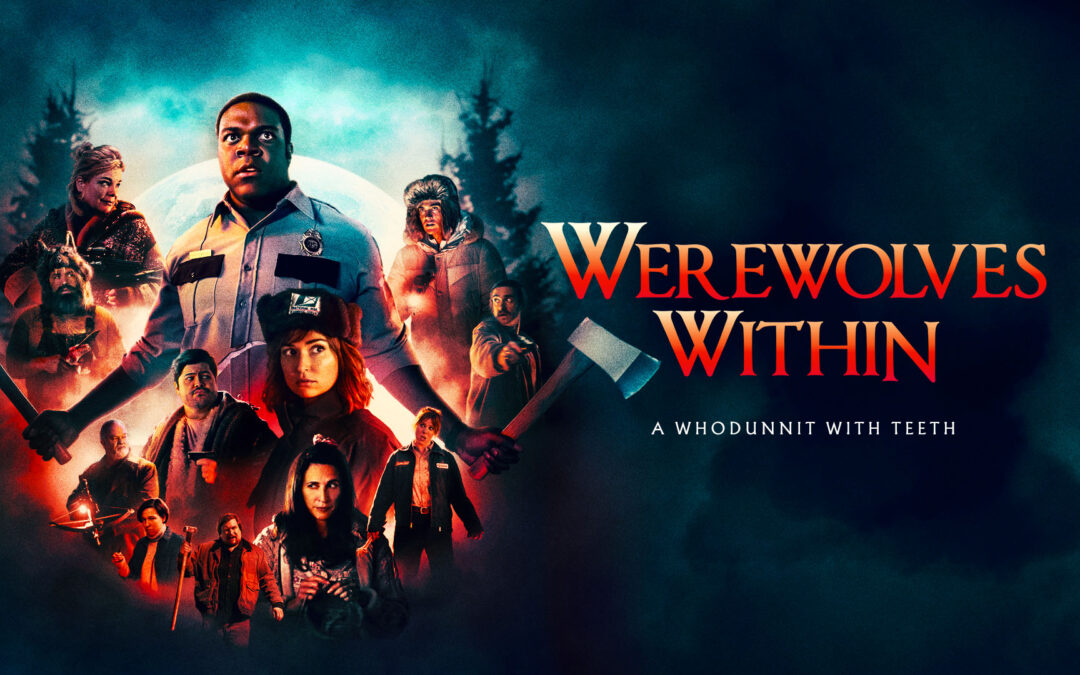 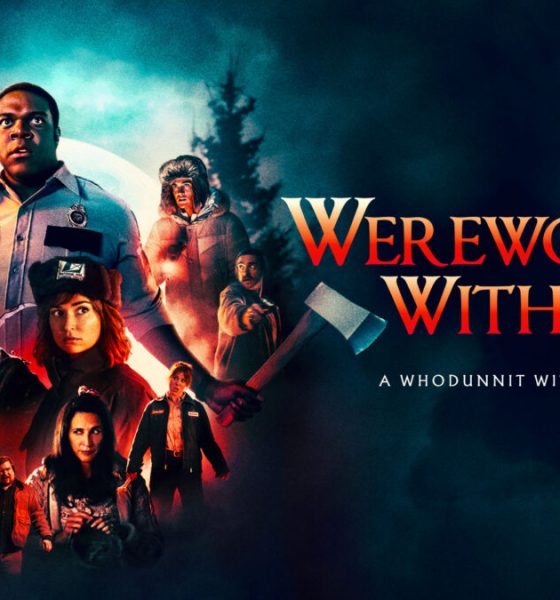 For all its impact on the comedy thriller cross-genre, it really is a shame that practically every whodunnit with even a hint of humour is now inescapably compared to Knives Out — even ones that have absolutely nothing in common with that film. Naturally, such was the unfortunate fate of the utterly delightful Werewolves Within, the sophomore horror feature from the College Humor alum Josh Ruben. Loosely based (as in, having nothing remotely similar besides the general premise of a lycanthrope among humans) on a Ubisoft-backed social VR game of the same name, the film is set against the snowy backdrop of a remote American town that is being torn apart from within by both predatory business practices and an insatiably hungry werewolf.

In quintessential murder mystery fashion, the story begins with a tragedy: Dave (Patrick M. Walsh), unbeknownst to his wife Jeanine (Catherine Curtin), gets mauled to death by a mysterious creature. Hard on the heels of the murder, forest ranger Finn Wheeler (Sam Richardson) gets assigned to cover Beaverville, a small American town rattled by the announcement of pipeline construction under municipal grounds. Just like any other place in contemporary America, Beaverville is divided by both political and socioeconomic backgrounds: a progressive but inexplicably rich gay couple lives side-by-side with trigger-happy pipeline supporters and bigoted conspiracy theorists with financial incentive from potential gas presence in town. Finn’s arrival is conspicuously accompanied by the presence of Sam Parker (Wayne Duvall), a businessman who will do anything in his power to push the pipeline into existence, down to putting phallic propane tanks near the city centre. Amidst this clash of ethical and financial interests, local generators get mysteriously sabotaged by an unknown animal, so it’s up to Finn and the local mail carrier Cecily (Milana Vayntrub) to uncover the mystery of a local werewolf.

A horror whodunnit that has more on its mind than just moustache-twirling reveals, Werewolves Within is a curious case of a film that has a distinct identity in spite of some untapped potential within its seemingly throwaway narrative remarks. Much like in his previous effort, Scare Me, Ruben sharpens the rougher writing edges with clever directing choices and complete trust in the film’s cast, creating some breathing room between key narrative moments to alleviate the tension and rely on interpersonal chemistry between the characters. Thankfully, the lead duo of the film is a terrific combination of sharp dialogue and natural charisma, as both Sam Richardson and Milana Vayntrub deliver some of the most genuine comedic performances of the year. Even if we never get to truly explore Finn’s struggles with the traditional masculine narrative or Cecily’s identity issues, there’s enough character development here to not just play off some of the more complex emotional traits as mere attempts at snide humour.

Fortunately, unlike Ruben’s previous endeavour, Werewolves Within is unashamedly amiable and implicitly devoid of mean-spirited antics that have become so prevalent in comedy-horror cinema. Even when the film is at its nastiest point, Ruben somehow keeps the jolly tone intact, focusing on the tensions within the dividing undertones in lieu of traditional gore gags or nihilistic humour. Here, the film firmly embraces its Clue roots, engaging with the audience on the level of a crowd-pleaser with just a bit of sociopolitical commentary thrown into the mix. There’s certainly a palpable lack of real rumination on the current state of affairs in the United States — the only scene resembling such conversation gets cut short for a joke — but the film tactfully replaces it with sincerity and an unambiguous outcry for humanity, even if that notion is a bit too simplistic for a film that hints at much greater issues. It does, however, feature a fantastic jab at gender politics in mainstream cinema, which is always a welcome addition.

Werewolves Within does to neoliberal capitalist American values what Jim Cummings’ The Wolf of Snow Hollow did to depressed male cops: both suggest that the system is actively working against the very people it vowed to protect, all the while framing these intrinsically human stories into darkly funny genre flicks about werewolves. Ruben’s work is a bit more on the comfier side of things, laying down bodies like silver bullets in a chamber but never delving too deep into either the scornful connotations or earnest compassion. It’s a whodunnit with a lot of heart, a bit of bite, and Sam Richardson being as comically polite as ever — Poirot could never.