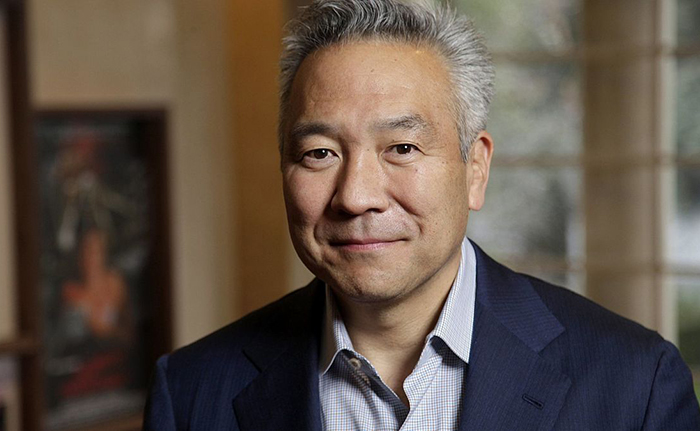 Warner Bros. chief and CEO Kevin Tsujihara recently engaged in a wide-ranging interview with the Los Angeles Times concerning the future of the storied film studio, and the tumultuous (if ultimately successful) year just past. Of note to film fans, too, was how he spoke of the company’s forthcoming plans in regards to their so-called DC Extended Universe.

“The upcoming slate, with Shazam!, Joker, Wonder Woman 1984 and Birds of Prey, feels like we’re on the right track,” Tsujihara told the paper, “We have the right people in the right jobs working on it.”

Of those four films, three are directly connected to the shared-continuity that began in 2013 with director Zack Snyder’s tepidly-received Man of Steel. On the other end of the spectrum, however, is Todd Phillips’ Joker; starring Joaquin Phoenix as the titular clown prince of crime, it will be a DC film in technicality only – taking liberties with the character’s origin to tell a gritty, noir-infused crime tale separate from the world of capes and spandex.

Further detailing the company’s approach to comic book movies going forwards, Tsujihara continued, saying: “The universe isn’t as connected as we thought it was going to be five years ago. You’re seeing much more focus on individual experiences around individual characters. That’s not to say we won’t at some point come back to that notion of a more connected universe. But it feels like that’s the right strategy for us right now.”

This, of course, was never the plan. Following the disastrous reception of Snyder’s follow-up feature Batman v Superman: Dawn of Justice, the in-motion pivoting of fellow grimdark contemporaries Suicide Squad and Justice League (the former re-cut by a editing house known for creating trailers to be ‘more fun’, whilst the latter changed directorial hands three-quarters of the way through production in order to hurriedly scrabble to become something that someone, anyone would want to watch), and the surprise success of director Patty Jenkins’ much-lighter, more optimistic and fan-pleasing Wonder Woman, the entire initial plan for the DC Extended Universe had to be scrapped. What had originally been seen by the studio as the anti-Marvel, a shared-universe built on a foundation of angst-ridden ‘realism’ and insufferable edginess, found itself lacking a crucial, key component for success; an audience.

With the general public rejecting this vision of superheroes en masse, and flocking in droves to see the black sheep of the bunch – Wonder Woman – Tsujihara knew that the old plans were dead.

“What Patty Jenkins did on Wonder Woman illustrated to us what you could do with these characters who are not Batman and Superman,” the CEO, with a net-worth of $950,000, told the LA Times, “Obviously, we want to get those two in the right place, and we want strong movies around Batman and Superman. But Aquaman is a perfect example of what we can do. They’re each unique and the tone’s different in each movie.”

The next flick in the DCEU, Shazam!, is due out on the 5th of April, and stars Zachary Levi as the magical, superheroic alter-ego of 14-year-old Billy Batson.