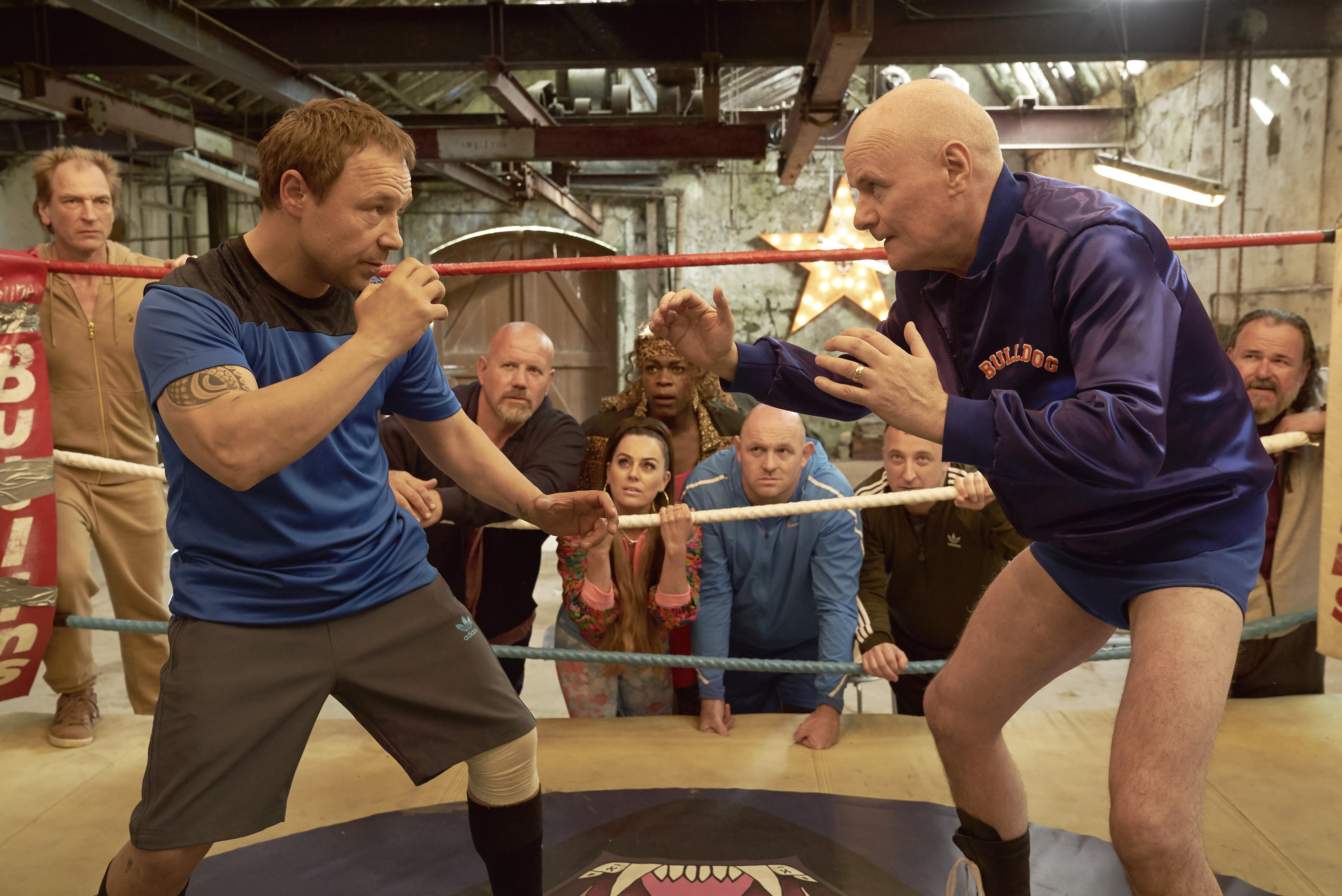 What do you want to bet the marketing folks couldn’t believe their luck when a movie called Black Panther turned into an overnight smash mere weeks before this dulcet turd of a comedy limped its way onto the DHL truck?

Clearly brought to life as the result of a half-baked delusion of crafting Still Crazy for fans of ITV’s World of Sport, what Walk Like a Panther most clearly wants to be is a well-balanced working class dramedy along the lines of The Full Monty, what it most closely resembles, however, is Carry On Wrestling – if the Carry On franchise had been revived by the minds responsible for promoting Micky Flanagan’s touring career or reconceptualising Cuppa Soups after a weekend spent shopping for bathroom tiles.

So ineptly constructed that it genuinely beggars belief, Walk Like a Panther centres around eighties British wrestling troupe, The Panthers, whose time in the limelight came to an end when their benefactor of sorts chose to endorse American wrestling (which we’re told is “fixed”) over British wrestling (which we’re told is “not”). Now, the band seek to get back together in the wake of their star’s death, despite having never been apart in all the years previously, and, in fact, seemingly spending that time together at their beloved pub, the Half Nelson (possibly the film’s only actual joke).

Half Nelson landlord and heir apparent, Mark, though, sees the revival as the chance for something greater than the chance to save their fledgling pub – the chance for him to finally step into that limelight himself, proving to the team and his father that he has what it takes to… wait for it, walk like a panther.

Allegedly written with James Corden in mind for the lead. Walk Like a Panther feels often like a picture that fell apart after the first draft of its script were complete, only to then be revived suddenly and with no time for a rewrite, and, boy, would that make all the sense in the world.

No two minutes of this exhaustingly-overlong comedy appear to have been written with the same comedic sensibilities, entire characters exist for no apparent reason, backstories are thinly sketched out and set up for no further exploration whatsoever (including one that would have played as outright “woke” in the current climate), and whomsoever thought the stocky middle-aged Stephen Graham would make for a well-suited lead here is misguided to say the least.

Unfunny would be a result were Walk Like a Panther at least courteous enough to condense its piledriving of British comedy into a serviceable eighty minutes, instead dragging its spandex-clad backside along for what amounts to almost two entirely laughless hours. If it’s tonal sensibilities maintained anything approximating consistency, perhaps it wouldn’t be quite such a rough and unenjoyable ride, but with its cast divided equally between playing dramedy, slapstick, and what can only be described as an attempt to bodyslam Kenneth Williams in his grave, Walk Like a Panther doesn’t walk at all.

It’s lifeless and better off being laid to rest in the cinematic graveyard in which it belongs, while those naively tempted to give it the ol’ college try (which is to say, wrestling fans and that uncle you have that actually remembers World of Sport) would be better served double-billing Still Crazy and Ready to Rumble, giving you twice the laughs in comparison to the complete void this comedy’s rocking.