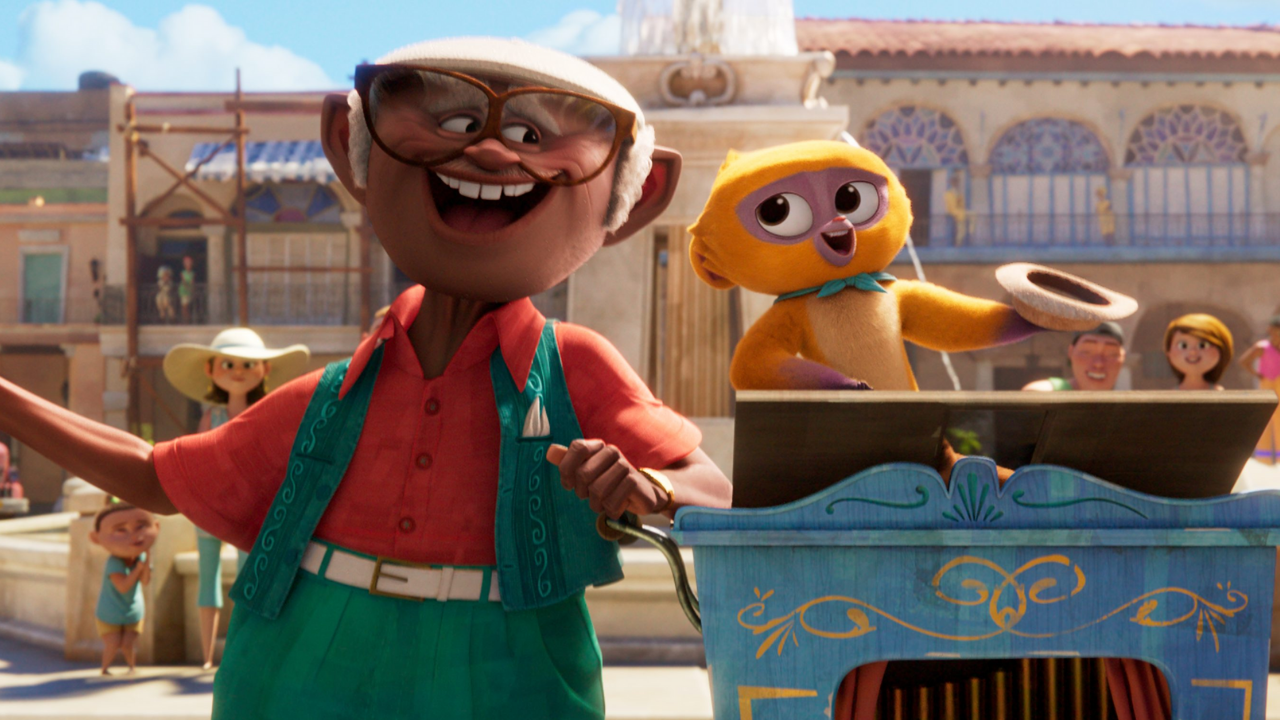 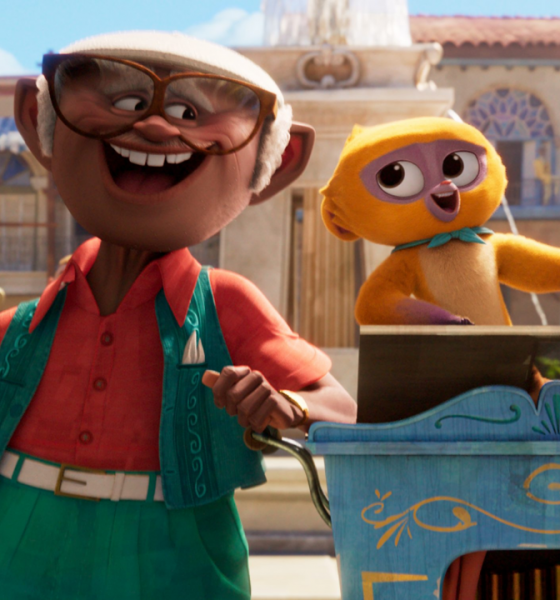 2021 has to all intents and purposes, been a very good year for creative powerhouses Sony Pictures Animation and Lin Manuel-Miranda. Whilst the former have enjoyed critical acclaim and audiences’ praise with the brilliant The Mitchells vs The Machines and the solid Wish Dragon, the latter has seen his Broadway smash In The Heights finally hit the big screens and will have two more features on the board by the time the year’s through – Disney’s Encanto will feature original LMM music, and Tick, Tick… Boom! will mark the Puerto Rican’s directorial debut. It seems only fitting then that these two creative streams should cross, and cross they do with the bright, family film night ready musical adventure Vivo. The film, understandably perhaps, doesn’t quite manage to be as great as the sum of its parts, but parts of it represent the greatness of these collaborators quite brilliantly.

On the one hand, Vivo offers viewers a cutesy, kid-friendly story about a Kinkajou from Cuba who seeks to deliver a message from an old friend with the help of a new one, crossing countries and overcoming inner and outer obstacles to get there. On the other, however, what we really have here is a frequently touching and more mature story about the power of love,
how we find ways to pay that love forwards and preserve it and the transcendental power of music in catching our essence and emotional core in a melody or a lyrical phrase.

Directed by The Croods’ Kirk DeMicco, Vivo starts off by introducing us to the titular honey bear voiced by Lin Manuel-Miranda – and his musical partner Andrés (Juan de Marco González). The pair light up the town square in Havana with their songs, and opener ‘One of a Kind’ melds Manuel-Miranda’s signature rap and hip-hop leanings with a Latin flavour that sets the rhythm and tone for the film to come. When Andrés receives a letter from his first love Marta Sandoval (an excellent Gloria Estefan), who has long since left Cuba to become a world-famous musician in her own right, the ageing music man decides to make the effort to get to her final show to deliver the song he wrote but never got to give her before she left all those many moons ago. Though fearful of his friend’s will to leave Havana, when tragedy strikes, the plucky Vivo takes up his friend’s quest on an emotional and musical odyssey of equal parts self and geographical discovery.

It is fair to say that our man Lin Manuel-Miranda is a far greater composer and songwriter than singer, and his is not the voice that maybe immediately springs to mind for a plush-ready ‘honey bear’, but the man’s linguistic acrobatics and impeccable rhythm makes this Latin American musical adventure take off in many exciting ways that a slightly scatty screenplay perhaps struggles too. By the time his wide-eyed Vivo meets Andrés’ fiercely – and soon we learn necessarily – independent niece Gabi, played by an energetic Ynairaly Simo, the sense that the filmmakers knew how they wanted their film to start and end but found themselves freestyling the middle section is strong. That being said, luckily for us, Gabi and Vivo’s budding friendship and musical interplay help carry us through a meandering middle-section littered with inconsequential encounters and sub-par secondary plotlines.

Gabi is the source of a semi-inspired, semi-grating techno inflection on the film’s predominantly more acoustic style of musical, and while the more traditionally Latin numbers like ‘Mambo Cabana’ and the heartrending ‘Inside Your Heart’ definitely feel like the film’s high points, more modern numbers such as ‘My Own Drum’ will almost definitely ensnare younger audiences with earwormy beats and catchy hooks. With Roger Deakins serving as visual consultant on Vivo, however, any musical and narrative indiscrepancies almost fade in what is undeniably the film’s strongest facet – its rapturous animation. Melding colours, media, places, people, and a visual approach to music that can be traced all the way back to Uncle Walt’s old Silly Symphonies, DiMicco takes us from Havana to Key West to the Everglades without ever losing the Cuban colours and culture at its core, his animation team connecting the culturally steeped with the modernism of urban America as smoothly as Manuel-Miranda makes musical murals of his lyrics and melodies. Deakins’ input can’t be understated, though as it is doubtless a huge part of why the film’s luscious greens, yellows, and neon hues so beautifully compliment the framing, eking out the film’s emotional subtexts and nuances in ever-edifying ways.

With a 11-strong songbook to boast, several earworms, a tearjerking ballad or two, and an idiosyncratic streak musically, narratively, and aesthetically that sets this apart from other animation studios (which in itself is becoming the calling card of a Sony Pictures Animation production), Vivo manages to balance out some jarring moments of popular trend pandering and an occasional sense of aimlessness to ultimately bring viewers a memorable viewing experience.