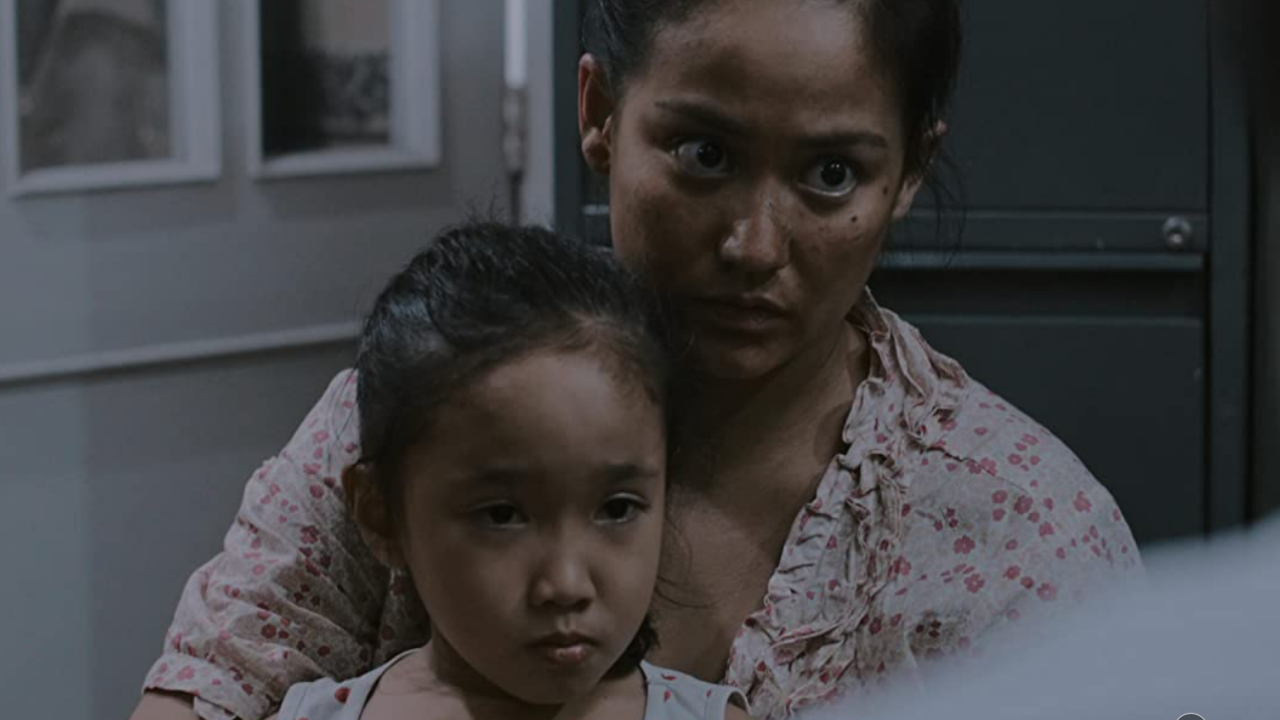 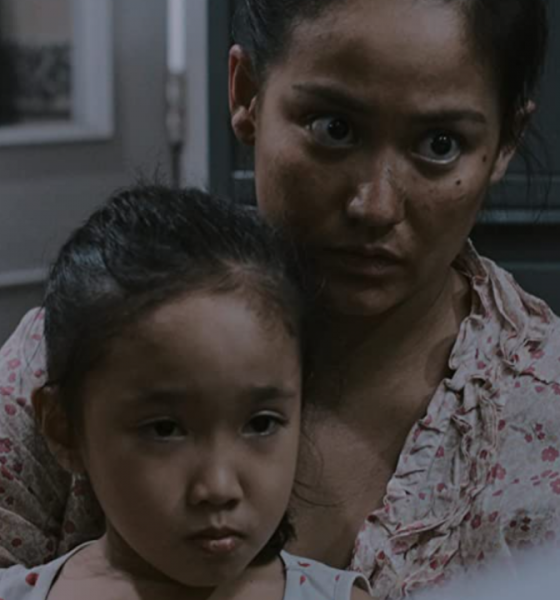 A relentless rise in domestic abuse has plagued the last year of confinement. But prior to and following lockdown, violence against women (VAW) exists with monstrosity and is pervasive across the world. Raymund Ribay Gutierrez’s feature debut, Verdict, takes no prisoners in its rendering of such incidence in the Philippines, a country rife with VAW. Whilst there is no wrong time to highlight this devastating ubiquitous social issue, it feels utmost timely to bring the story of a protagonist like Joy Santos (Maxene Eigenmann) to the surface. Gutierrez takes on urgent subject matter with clear and unrelenting direction, centring on the failure of the legal system in supporting these women, making it a gruelling watch but all the more authentic in its desolation.

Verdict sets the tone from inception. Joy is introduced in her cramped Manila quarters, with her six-year-old daughter Angel (Jordhen Suan), when father Dante (Kristoffer King) suddenly bursts into the home intent on violent, drunken rage. The handheld camera shoves the audience into the action with extreme close-ups and trembly movement, emanating the high hostility. From Joy’s preexisting bruised demeanour, we can gauge this as a repeated domestic abuse which has come to climax: in all of her aggressor’s battering, Joy manages to slash his arm with a knife in plain and simple defence and escapes with her daughter to the local police station. From this point onwards, a series of detached proceedings takes place – medical examinations, police interviews and formal interrogations – all of which nauseatingly coerce Joy into face-to-face confinement with her abuser. Not a second of respite from this profoundly scarring ordeal on her and her daughter’s life.

The Philippines categorically suffers from political negligence, with increasing authoritarianism repressing the population. Verdict is a microcosm for this governance, with its central narrative looking at the failure of bureaucracy in handling the domestic abuse case and the inability of its agents to sympathise and comfort the victims.  From the get-go, we are thrust into submission of a patriarchal, unforgiving justice system as prosecutors implore Joy and Dante simply “talk it out” – a suggestion which immediately backfires as the abuser’s volatility takes further shape in a vitriolic lunge. The attacker’s attorney offers up a discounted fee based on a biased relationship with a related officer; neighbours readily offer up witness statements for Dante over joy; VAW and VAC (Violence Against Children) charities even allow the abuser’s presence in recital of the events, and the mostly-male local authorities treat the case as a simple formality instead of recognising the raw trauma that hangs in the air.

Claustrophobia is a recurring motif in the film for both the female protagonists and the audience watching. We are given little about the character’s personality or lives beyond this specific moment in time – something that could have added to our sense of heartache were we given more backstory. This lack, however, does work to make us feel trapped to the case similarly to Joy and her daughter – moments of performativity find the mother having to pose for a picture pointing to the assailant. As the court scenes ensue, the two are apathetically forced to sit a metre apart. Joy cannot escape her abuser even after pressing charges against him. The visual architecture of the film is simultaneously infiltrated with claustrophobia – from the small Manila room, they live out of, to the imprisoning sweaty space they call a courtroom, to the endless piles of paperwork that accompany the legal affairs. Cinematographer Joshua Reyles definitively places the camera close up to the character’s faces – where Eigenmann and King’s acting must be praised – communicating the invasive nature of the entire system.

There is an issue in the social problematization of VAW in that it focuses on women’s victimisation over the men perpetuating the violence, however their plight must be highlighted in order to bring accountability to the latter.  What Gutierrez does well is stylise his film with female-centred storytelling which brings focus to the women struggling across the Philippines due to the corrupted infrastructure. By centring on the mother and daughter’s inhumane experience and subsequent hardship, the fallout of the attack can be felt for eternity in comparison to the abuser who continues to live his life in blissful ignorance. Gutierrez also fittingly focuses on the mother and sister of the assailant in their struggle to pull together funds for his defence, reminding us of the financial difficulty that is wholly experienced by women in a patriarchal and poverty-stricken country.

While Verdict is a work of fiction, it is visibly informed by a genuine social epidemic. This international case gives us a chance to reflect on how one country’s bureaucracy fails its women and how this issue might surround us more locally. Ultimately, Joy is a woman, and a mother, living a harsh and harrowing reality whose story can make anyone ache with agony.