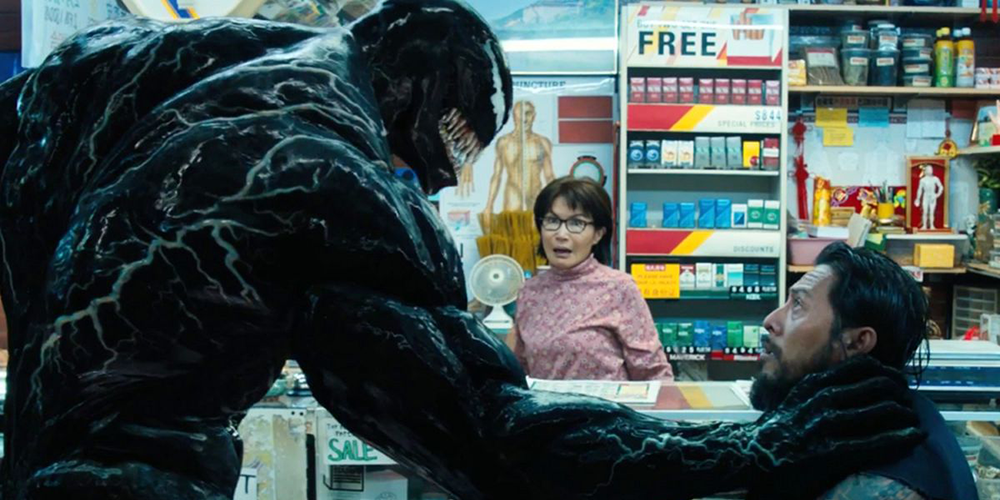 As Venom proves the box office champion for a second weekend, the hype surrounding the erstwhile cinematic universe-launcher has since become decidedly polarised, with critics proving far less forgiving than audiences, and even audiences themselves proving lukewarm in their reception, despite impressive ticket numbers.

One common criticism of the film, though, appears to be a convoluted and increasingly illogical plot, with one particular point sticking out so noticeably as to warrant addressing by director Ruben Fleischer: namely just what in the heck the film’s villain, Riot, was up to during a six month time-jump during which he was inhabiting the body of an elderly Malaysian woman.

Speaking to Gamespot, Fleischer explained: “That’s one of our few – hopefully few – logic bumps. But we had to have a passage of time in order to show Eddie’s downfall, and that was the one thing that doesn’t entirely track. But I like to think that old lady was going around murdering all throughout Malaysia, and she was just having a good old time just shooting shards through different people in Malaysia… Our idea was that Riot was using up the life force of whoever he took, and then he jumped ship when he’d consumed them and then find a new host to carry him further on his journey.”

Time jumps and cut scenes have resulted in such problems many times. JJ Abrams’ 2009 Star Trek reboot, for example, saw its villains seemingly take up hobbies and keep to themselves for entire decades until that film’s home platform release introduced a cut storyline that saw those characters imprisoned.

As for whether or not Riot may have simply been hibernating for half a year, Fleischer simply offers up: “Yeah, I mean, who’s to know?”. One assumes those responsible with making the film.

Venom is in cinemas now.