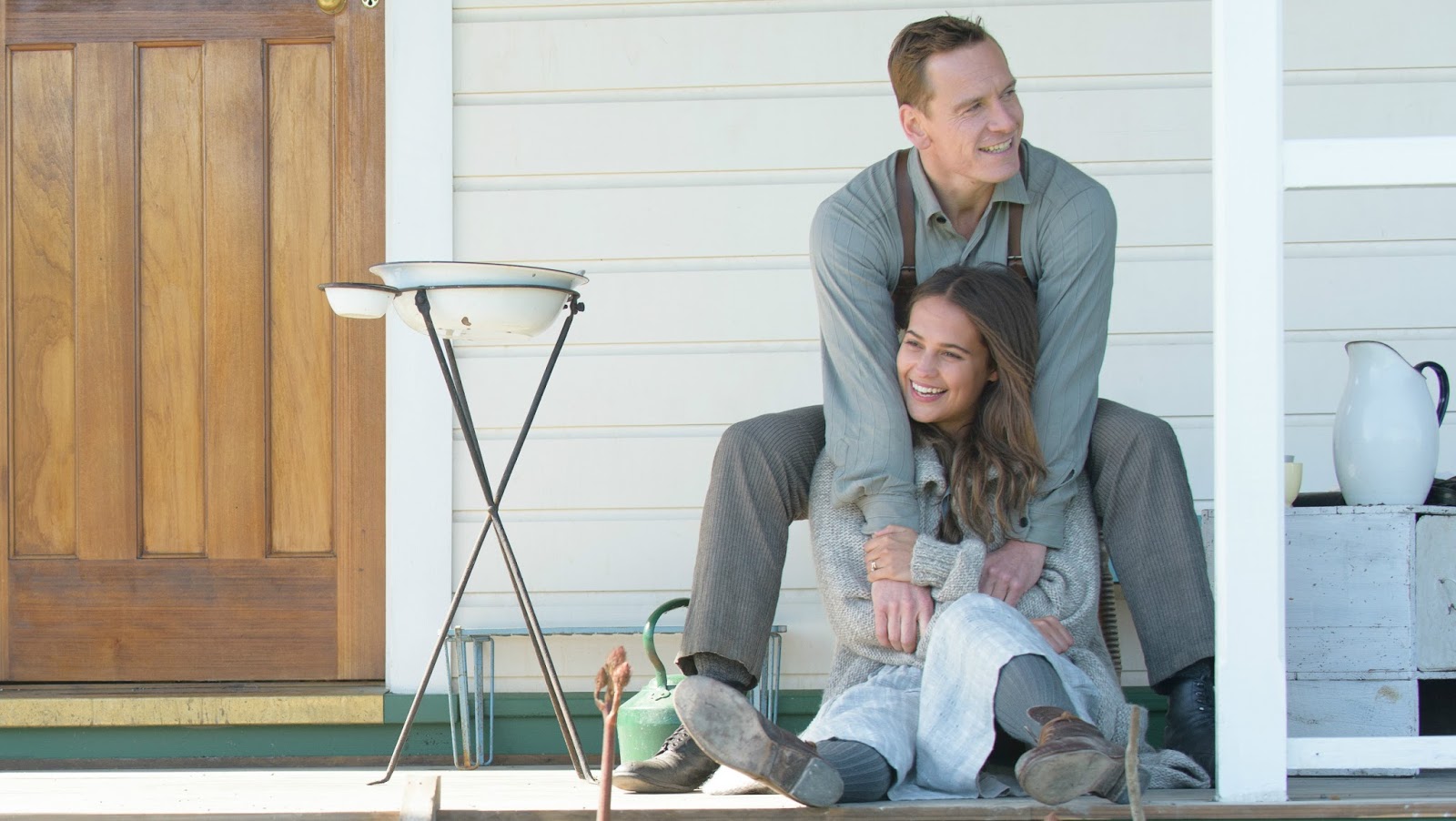 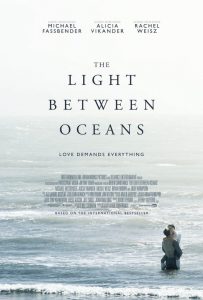 The women sitting around me openly dabbed at their eyes and sighed heavily. The men cleared their throats gruffly and turned to gaze for a moment at the ceiling. At the end of the film one further asserted his manliness by asserting ‘well, of course, these films are contrived to tug at our emotions.’ Smug little laugh. But behind his glasses his pupils looked moist.

Grit gets in your eyes in the Sala Grande at the 73rd Venice film festival.

Well, yes, films like The Light between Oceans ARE contrived to grab at our emotions. It’s what dramas (indeed all films at some level) do; take universal emotions we all understand and put them in extraordinary situations we won’t experience. And if the acting is convincing and good, we’ll totally be up there on screen, living the story with the characters.

The acting in TLBO is more than good. It’s impeccable. Michael Fassbender, Alicia Vikander and Rachel Weisz devour their roles with every ounce of feeling they have. You can pick the awards show clips for each in their respective categories now.

Much has been written about the story of this film, the childless lighthouse keeper and his wife finding a baby washed up on their isolated shore and deciding to keep it without informing the mainland authorities. It’s based on the best selling book by M L Stedman. What has not been commented on is the gender parity of the three main roles. Each is rich and complex. Each offers moral ambiguities and dilemmas for the audience to think about. And each offers the actors the opportunity to showcase their range, their talent, their ability to build real characters we care about and and live their ‘contrived ‘ dramas with. There aren’t many such scripts around.

At a time when Hollywood’s attempts at creating parity largely come across as forced and soulless, this film shows them how to do it – just tell a human story about people and tell it well. It’s that simple. The strength of TLBO story lies in its use of universal emotions: the need to recover from trauma through isolation and soul searching but the equally human need to love, bond and belong, grief, loss, forgiveness, doing the right thing in the wrong situation.

The film is about big themes seen through small lives. A traumatised ex soldier Tom Sherbourne (Fassbender) returns from the First World War and takes on the thankless job of lighthouse keeper on a remote island. His predecessor having killed himself probably does not bode well but the psychologically scarred Sherbourne needs time out to heal. The wild natural elements of the remote Janus Rock island suit his inner turmoil though it is outwardly sheathed in rigid calm and little conversation.

On a visit to the mainland he is enchanted by the vivacious young Isabel Graysmark (Vikander) herself mourning the loss of her brothers in the war. They exchange longing letters, marry and set up home on Janus.

There, their love is shattered by two miscarriages as Isabel’s soul breaks from the loss. Stuck in a state of catatonic grief she is almost unable to function. Then, what seems a miracle occurs: a rowing-boat washes up with a dead man aboard and a baby crying for love and parenting. Against his better judgment Tom, the meticulous keeper of records, agrees to raise the child as their own without informing the authorities. He buries the dead man on the island and hides the grave.

The couple come to adore their daughter who they name Lucy. The few people they see occasionally even remark that Lucy has Tom’s nose.
When they return to the mainland for Lucy’s christening, Tom discovers that Lucy has a mother (Weisz) still grieving the loss of her husband and baby.
Things, inevitably, go from blissful to bad to worse.

As the competing mothers Vikander and Weisz get the showier roles. Weisz is dignified desperation personified. As the gut wrenching heart of the film, Vikander establishes herself as the natural successor to the likes of Julianne Moore and a powerhouse actress for the next decade.

However, the quiet acting tour de force is from Fassbender. At times, his performance is reminiscent of Daniel Day Lewis’ repressed lawyer in Scorsese’s The Age of Innocence. Like that film The light between oceans is also a slow burn character study. Director Cianfrance evokes both Terrence Malick and Ingmar Bergman and Adam Arkapaw’s cinematography is a thing of fierce beauty.
Contrived sentimentality or not, the premiere screening received an emotional 5 minute ovation at Venice. Take tissues to get that damn grit out of your eyes.