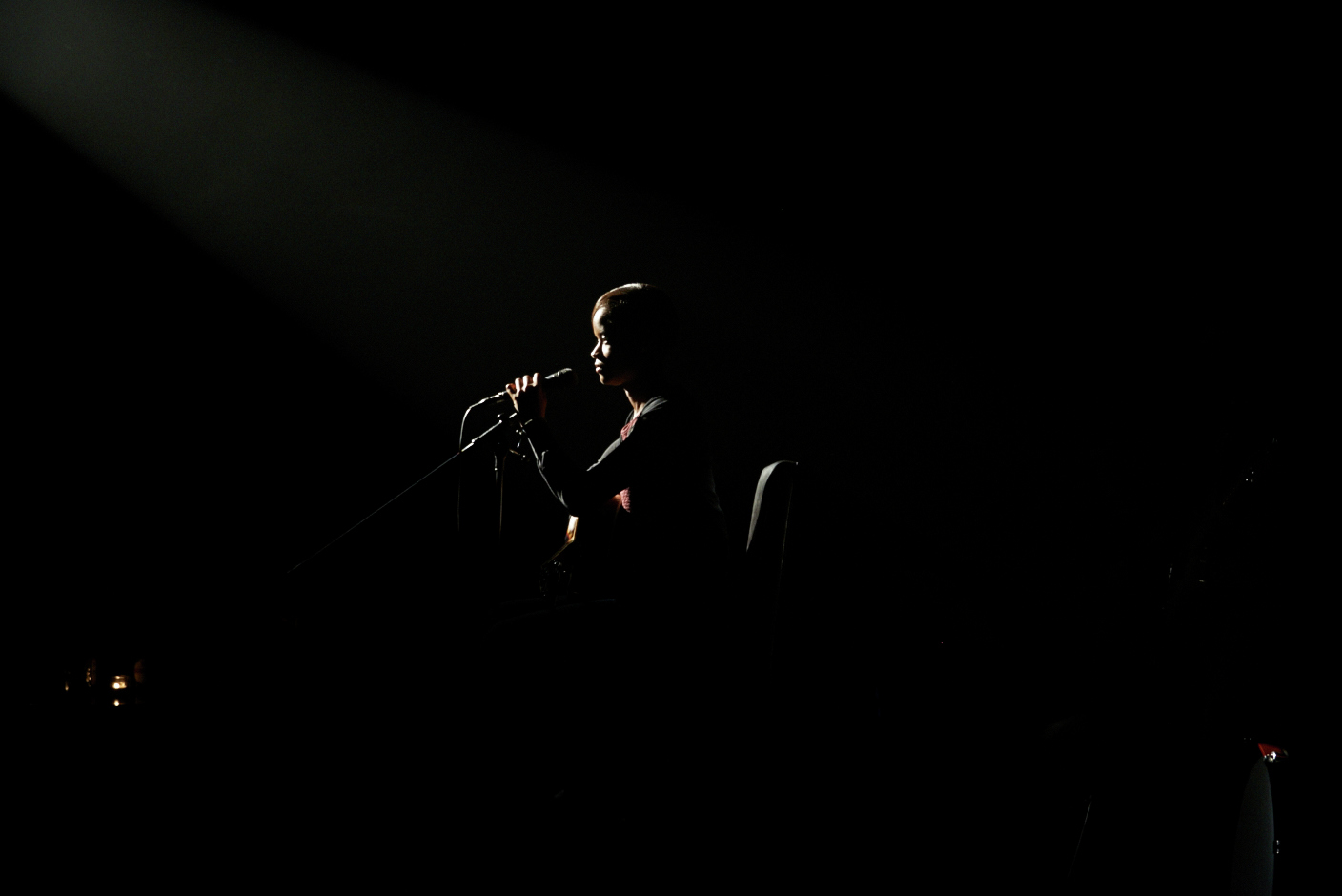 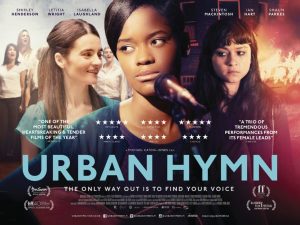 ‘Basic Instinct 2’ was hardly director Michael Caton-Jones’s finest hour.  Since its release ten years ago, he’s concentrated on television, but now he’s ventured back to the cinema with the minimum of hype and a film with a quiet dignity.  And it seems to suit him.

‘Urban Hymn’ uses the riots of August 2011 as its starting point, with a pair of teenage girls bragging to the camera about what they’ve looted.  Fast forward by a few weeks to a young offenders’ home, where Kate (Shirley Henderson) is starting a new job as a support worker.  And among her charges are those very same girls, Jamie (Letitia Wright) and Leanne (Isabella Laughland), who live in each other’s pockets and resent anybody they see as an authority figure.  Co-operative they are not.  But that starts to change when Kate realises Jamie has a talent for music.  She encourages the teenager to join a community choir and it’s the start of the chance of a more fulfilling life, even when her past means it feels like she’s taking one step forward and two steps back.

So, it’s a familiar storyline, one about coming of age, redemption, choosing a better path through life.  The riots of 2011 give it  additional resonance and immediacy but there’s no doubt that you can see where it’s heading almost from the outset.  And the film doesn’t try to stop you, because it knows it’s going down a well-trodden path.  Even the idea of a community choir is familiar: it might seem dated now, but in 2011 they were springing up all over the place.  It gives us a more positive perspective on the start of the decade, as well as providing something of a Greek chorus – no pun intended – which comments on the action and the characters’ thoughts.

The film’s real power lies with the triple whammy of exemplary female performances at its heart.  Shirley Henderson’s Kate is small and fragile, seemingly carrying the weight of the world on her tiny shoulders.  Even with a script that’s sometimes overly dependent on clichés and gives her most of the cheesiest lines, she still delivers them with conviction and there’s a clear sense of strength underneath that delicate exterior.  Newcomer Letitia Wright’s Jamie unfolds like a butterfly discovering the sunlight for the first time.  Despite the obstacles standing in her way, she’s tenacious and determined, even if her desire for a better life threatens to separate her from best friend, Isabella Laughland’s Leanne.  She never gets out of her resentful, angry rut, seeing the changes in Jamie as a threat, not an example.  And she’s also the one who physically changes over the course of the film, looking rougher and coarser as her addiction to drugs and alcohol take over her life.  Laughland is another new face in British cinema and both she and Wright have the hallmarks of serious talents to watch in the future.

‘Urban Hymn’ isn’t without failings.  At just under two hours, it drags at times and it’s all the more apparent because you know where the story is heading.  But this is a compassionate film that wears its liberal credentials loud and proud and, more importantly, the trio of great performances more than makes up for the downsides.  They’re the beating heart of the film and you completely buy into them.  It’s not mushy, but take a tissue.  You might just need it.