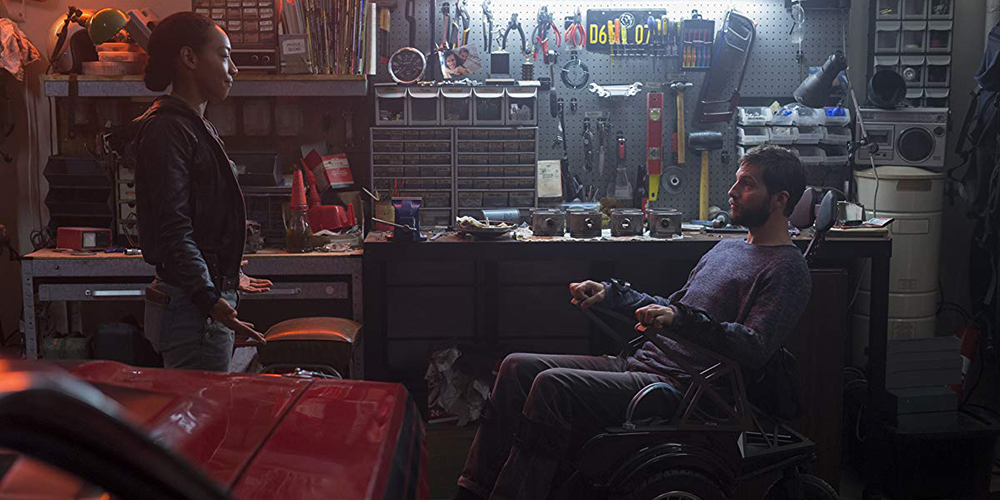 If it weren’t already bad enough that the upcoming Venom movie were being marketed with an eerily similar storyline to 2004’s Catwoman, the Tom Hardy-led antihero flick receives another preemptive nail in the coffin with the arrival of Upgrade. Taking the same basic storyline and… erm, upgrading it, Upgrade sees Logan Marshal Green (who bears an uncanny resemblance to… guess who) as a man left crippled in an attack that leaves his wife dead and nothing on his mind bar the thirst for vengeance. Vengeance he soon sets out to pursue with the aid of an AI-enhanced cybernetic implant named Stem.

So there’s a Tom Hardy lookalike and an antagonist being driven to pursue justice by a superpower voice in his head – so far, so Venom – and a plot that concerns scratching names off a list in the pursuit of the big bad. Upgrade, though, comes courtesy of Saw alum Leigh Whannell, and that very quickly proves to be the voice even more defining than Stem himself. For while Venom may prove to be the same movie in a more noble vein, Upgrade just wants to be straight-up badass. And what Upgrade wants, Upgrade gets; with Whannell holding no bars whatsoever in this bloodthirsty, brutal, and hyper violent sci-fi revenge thriller.

Part of the lure is a pretty compelling sense of world design, with the look of Upgrade taking the glossy granite veneer of Gattaca and fusing it with the modernised inner-city hellscape of Minority Report. There are fleeting reminders of genre classics such as Monkey Shines and Robocop (the remake of which Upgrade trounces on just about every level), and Whannell’s horror-driven sense of direction – coupled with Jed Palmer’s score veering effortlessly between magisterial sci-fi and gothic terror – knows just how to play in such a landscape. 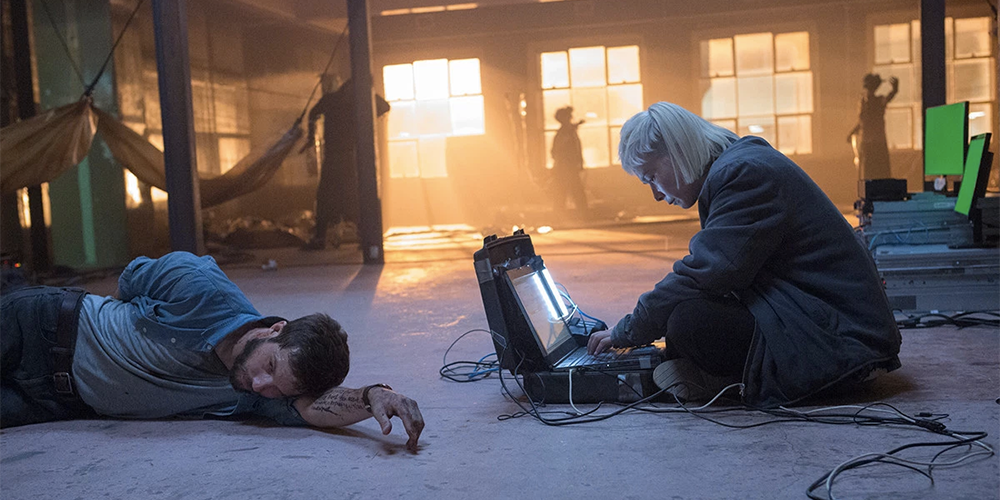 Green makes for a compelling enough lead – even if he lacks a little something in the presumably intended “everyman” credentials – but he more than makes up for this shortcoming in the impressive physical elements of the part – elements Whannell brilliantly captures with an offbeat use of increasingly popular camera stabilisation techniques. Australian actor Simon Maiden, meanwhile, knows just how to ambiguously play the (obviously emotionless) Stem, and the interplay between the pair (such as it is) proves one of the more resoundingly fun aspects of what’s otherwise already a pretty fun ride.

A certain suspension of disbelief’s a necessity (a given for any movie with a human lead named Grey Trace) and there’s the requisite volume of technobabble and pseudoscience to be waded through, but a tight, concise screenplay by Whannell makes short work of such obstacles, returning focus quickly to keeping Upgrade as much violent fun as possible and more than deserving of it’s extremely on-the-edge R rating.