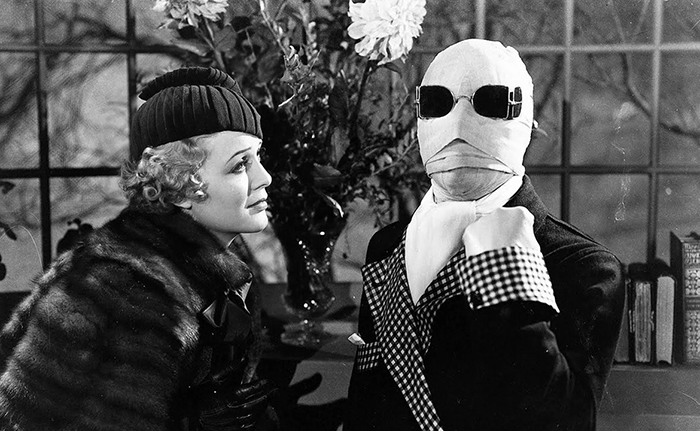 The film, which had been slated to be part of the first phase of the studio’s proposed ‘Dark Universe’ shared continuity of films prior to the critical and commercial failure of 2017’s The Mummy, will now act as something of a soft reboot for the concept; with Universal learning from their, and Warner Bros.’, mistakes to pivot towards a creator-focused model that prioritises individual features to cohesively flesh out the universe, and subsequently relies less on easter eggs and world-building.

Prior to The Mummy flopping harder than a fat kid at the pool, Johnny Depp had been attached to be the titular Invisible Man, but sources say he will not be a part of this incarnation of the film; likely signalling the death knell of the purported Angelina Jolie-fronted Bride of Frankenstein film.

Invisible Man will be produced by Jason Blum, through his Blumhouse Pictures banner, and as such will aim for a more mature tone than the neutered, franchise-ready The Mummy. Indeed, the new plan for Universal’s monsters seems to remember that they are, in fact, monsters; with multiple sources saying that the new initiative will be rooted in horror, with no restrictions on content, tone, or rating. With that in mind, it appears Universal has largely tabled the idea of an interconnected monsters universe, or at the very least put the idea on the back-burner as they build a series of smaller franchises first, holding the door open for whichever features are popular to be combined at a later date.

“Throughout cinematic history, Universal’s classic monsters have been reinvented through the prism of each new filmmaker who brought these characters to life,” Peter Cramer, Universal’s president of production said in a statement on the new plan, “We are excited to take a more individualized approach for their return to screen, shepherded by creators who have stories they are passionate to tell with them.”

The Invisible Man has been adapted to the big screen many times over the years, with the most well-known being James Whale’s 1933 adaptation of the classic H.G. Wells novel, that starred Claude Rains and Gloria Stuart. No release date for Leigh Whannell’s version has been set.

Glass Holds Steady At The Top Of The Box Office, Deadpool 2 Opens Strong In China