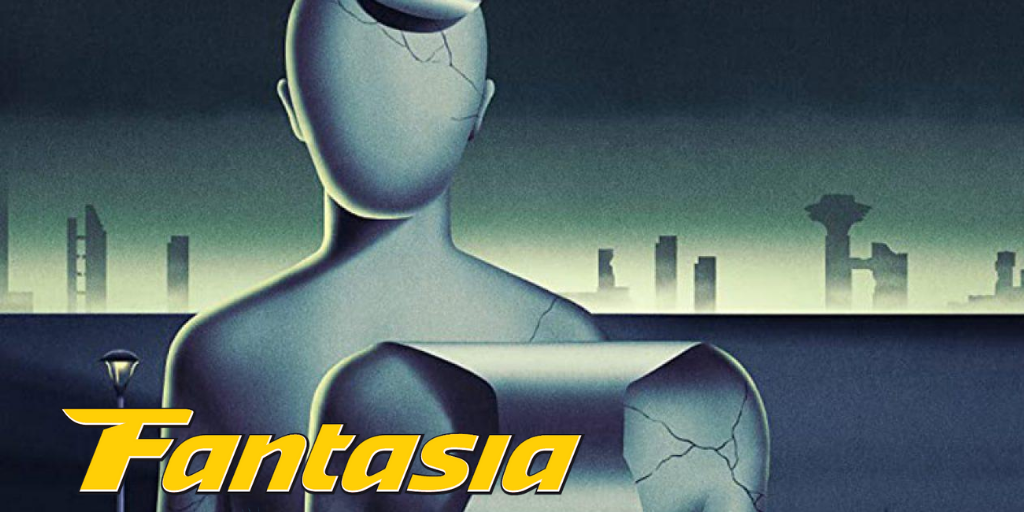 Undergods opens on a dystopian wasteland with two men driving a truck. This world feels cold and lost in its ways. Once the truck stops, we see a human body lay on the ground. The drivers pick him up and throw him to the back of the truck. The camera then shows us more bodies as he is added to the pile. Director Chino Moya sets the tone for his film form this moment.

The men driving the truck are our narrators as they manoeuvre through a deserted, crumbling, greyish-blue city, they start to share nightmarish stories of a long-ago abandoned past. What follows is a series of narratives, overlapping and weaving through time and space.

Chino Moya’s creates a cold dystopian world that holds a unique ambience throughout. It feels like a juxtaposing story where there are bleak intentions along with faint moments of hope. This anthology is set in the past, and the question is, how did the world come to this? Undergods balances on a fine-wire, and you don’t necessarily know where it will lead. The story weaves into unchartered territories that increases your curiosity.

Each tale feels like a metaphor and a warning from the director. The world we live in can be quite toxic, but there are small glimpses of hope. People will always be above us, and there will be people below us. The title Undergods is a fitting title to this concept as we see this sense of godlike power over the characters in this anthology. The colourisation drifts to the mood of Undergods, and this is how Moya alerts you to the intentions of the scene, but things can change radically before your eyes.

There is a strong sense of Ben Wheatley and Peter Strickland’s work in Moya’s film. It has the quirky dry whit and dark humour of these modern directors. The overall visual feels like it comes from a 1980s sci-fi comic book. Moya’s world-building is quite unique, but the narrative can lose control at times. You aren’t always sure what the narrative is telling you. Be warned you must be attentive to the surroundings of the film. Wojciech Golczewksy’s peculiarly heavy synthesiser score eases these concerns. It feels very fitting to Moya’s world and enhances the uncomfortable and eery tone of Undergods.

Full of twists and turns Undergods is a fever dream that has a cautionary message. While this anthology message may not be for everyone, it has a direct vision that will linger in your mind for quite some time.