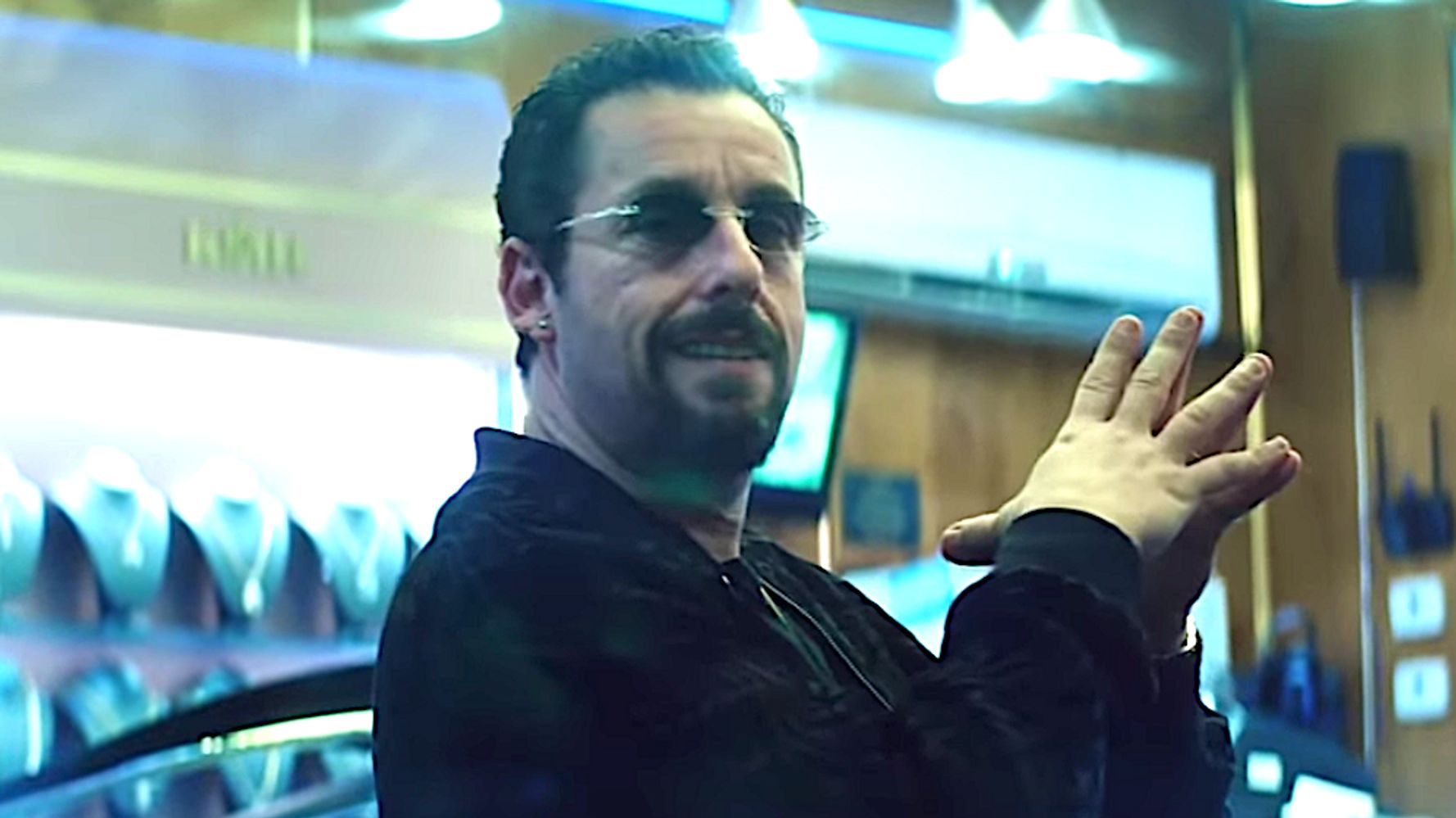 The Safdie Brothers have manufactured a unique interpretation of the world through their films. After the success of their last film Good Time the cinematic community have been waiting for another hit of that sweetly intense Safdie sauce. Uncut Gems was announced as their fourth feature film in association with Netflix. The added component to their special sauce of success was bringing Adam Sandler to the fold. The Sandman has been in a career limbo, with a stream of mediocre man-comedies since Punch-Drunk Love back in 2003 so could Uncut Gems be his return to the top of the pantheon?

Uncut Gems follows Howard Ratner (Adam Sandler), a fascinating New York City jeweller always on the lookout for the next big score. When he makes a series of high-stakes bets that could lead to the windfall of a lifetime, Howard must perform a precarious high-wire act, balancing business, family, and encroaching adversaries on all sides, in his relentless pursuit of the ultimate win.

The Safdies have crafted a pressure-cooker character study that only they could imagine. It’s continually boiling to the point that you can’t comprehend what is being said at times. The loud pacing displays Howard Ratner’s life perfectly, he goes from location to location, phone call to phone call and each senseless decision bears consequences. His urge to score big is corroding the world around him; his marriage is failing, his mistress hates him, and his debts keep rising.

The diamond district in New York has been a core part of the Safdies upbringing and here they merge their past with their unique vision. The brashness of the conversations, the amount of money flying around truly opens your eyes to the world we are in and one the Safdies portray so well. Each new deal Howard orchestrates in an attempt to solve his problems ultimately causes him to fall deeper and deeper into trouble. While it’s clear how Howard has gotten to this point we should not like a character such as this and yet at times you can’t help but empathise with him.

Uncut Gems is a constant attach on the senses; the momentum never stopping. The brash score is the pulsating heart of the narrative composed by Daniel Loptain. The loud intensity keeps tensions brewing from scene to scene. When we reach the boiling point in the third act it becomes almost difficult to breathe. All you have in this time is your faith and the hope of not falling off your seat and, once Uncut Gems ends, it takes a few minutes to catch your breath.

The Uncut Gems experience would be nothing without Adam Sandler’s destructive performance. The days of Jack and Jill are forgiven with this role. Having originally rejected the part, Sandler came back after Good Time‘s success and delves deep into his character. Hiding behind the glasses is a tense glare that’s pulsating. At times you don’t what he’s planning but when he is pushed in the corner, he comes out fighting. Uncut Gems provides first-time performances from The Weekend and NBA star Kevin Garnett along with the usual Safdie non-actors. These roles provide the tension breakers and the comedy relief, Kevin Garnett being the standout. Not since Michael Jordan in Space Jam has an NBA star shined so brightly in a major movie.

Each frame is shot aggressively with the camera swapping from each foul conversation to the next. The Safdies have captured New York in a unique way that isn’t always seen in cinema. Jewish identity is the crucial element to its aesthetic, their heritage takes centre stage and you fully embrace this. Howard Ratner says ‘this is how I win’, well you can categorically say that we were all winners with Uncut Gems. It may not be for everyone, but cinema is progressing and the Safide Brothers are at the forefront.

Seek it out on Netflix and in cinemas January 2020.