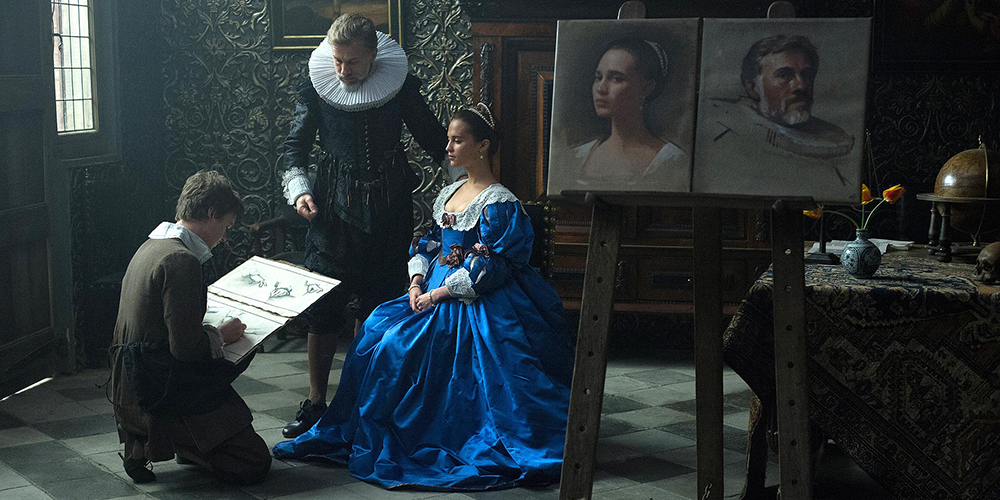 Set in seventeenth-century Amsterdam – though it may as well be Croyden, for all of its sense of place – Tulip Fever comes bearing all the hallmarks of a work as-yet untouched by the legendary scissorhands of more infamous alleged sex offender Harvey Weinstein. An unblossomed flower wilting on a dusty windowsill, it’s been sat on a shelf for much of the past year thanks to Weinstein’s extracurriculars, deposited into cinemas now in what would appear to be the faint hope that simply taking his name off of it will make a difference. In truth, it has – it’s made an unrefined and unpolished picture into a merely inept one, and it’s a brilliant backhanded reminder that the industry got itself hilariously suckered by Shakespeare in Love way back when.

Our star-crossed lovers here would be none other than Vikander and Dane DeHaan, the former unquestionably the best thing about the film, the latter a vessel for an astonishing misjudged British accent. Yes, this is yet another of those laugh-out-loud period pieces that simply transplants an estuary dialect in lieu of any required European accent, and it may be one of the outright funniest yet. Director Chadwick, of course, also helmed the demonstrably crap The Other Boleyn Girl a decade ago, meaning that not only should he know better, but that we have a glaring reason to have seen this coming.

The broad strokes are as boilerplate as you’d imagine: Vikander’s in a loveless marriage to wealthy importer Christoph Waltz (cos those were the times), expected only to produce him a son and heir (cos those were the times), but elects to have it off with their portrait painter instead (cos nevermind). The doomed lovers (you can tell by the soft focus and candlelight) go on to concoct a scheme whereby they’ll fake Vikander’s death and abscond to live their lives together, enlisting the aid of their confidantes and, for reasons too migraine-inducing to get into, investing in the burgeoning tulip market with the assistance of a nearby convent. This was apparently a best-seller in literary form, it’ll be a petrol station DVD in its cinematic one.

Capably enough shot – provided your only criteria is “lit entirely by candlelight” – Tulip Fever may be the outright worst movie of 2018. You’d imagine the project had all the potential to be something quite prestigious – how else could this many solid performers (Waltz, Kevin McKidd, David Harewood) have been suckered in? – so it becomes particularly mystifying to witness the unfurling of the poorest and least interesting period romance since Kevin Reynolds’ Tristan + Isolde.

Like a Catherine Cookson adaptation for the terminally stupid, not one element of it seems in any way a good idea, and, frankly, a movie can only suck so hard before Jack O’Connell’s obligated to appear in it. Though he, admittedly, fares better than some of the baffling casting choices dotted around the periphery. Remember how weird it was when Glee’s Matthew Morrison tried to become an actual real-world pop singer? Witness his foray into serious acting and stare in bewilderment. Meanwhile, as much of a non-entity as Zach Galifianakis is in the comedy genre nowadays, he’s even more of a profound void to the dramatic one – his slack-jawed wide-eyed “ack-ting” single-handedly sinking what we’re led to believe was intended to be the great “moment of tragedy” to this story.

You should be fearful of anybody who can claim to have enjoyed Tulip Fever, a film even the late Zalman King would have looked upon and laughed his ass off at. A movie so utterly and unfathomably stupid to its core that it’s genuinely narrated by a character who isn’t even present for a solid half of its narrative, that wheels out moronic plot developments for literally no conceivable reason beyond “meh, tragedy innit?” and results only in the tragedy that the filmmakers would waste the valuable time of Judi Dench with something this asinine. Snip the heads, chuck them in the bin, and move on. This flower’s dead.