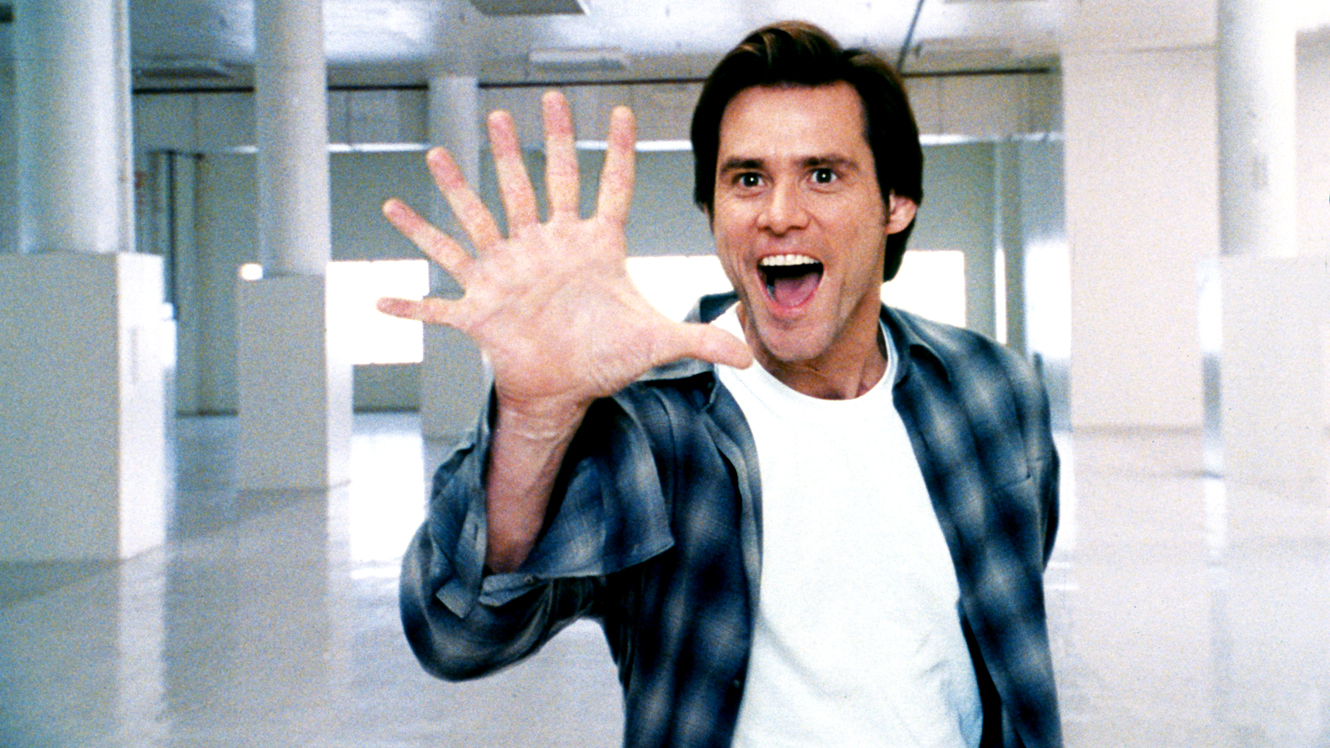 A huge happy birthday to one of Hollywood’s most diverse actors, Jim Carrey who turns 56 today! To celebrate we’ve teamed up with #MovieWeekender to compile our top 10 Jim Carrey movies that every fan has to see.

One of Carrey’s more antagonistic turn of character as the successful, loud-mouth lawyer with the inability to tell a lie. Liar Liar succeeds because the role is so perfectly suited to Carrey’s brand of comedic acting. His usual scenes of high volume comedy are offset by wildly insane facial expressions as Carrey’s character struggles unsuccessfully to stop himself from ruining his reputation in the courtroom

What if God was one of us? Well Bruce Almighty answers that very question with Carrey playing Bruce, a troubled TV news reporter who blames God for his various misfortunes and winds up being granted access to heavenly powers for a couple of weeks. Surely a winner for the best use of Morgan Freeman, as God

Interest in the 1999 film Man on the Moon has spiked recently with the release of the Netflix documentary “Jim & Andy”, which detailed the somewhat bizarre approach Carrey took to making a bio-pic about his hero Andy Kaufman. The familiar slapstick comedy of movies like Ace Ventura and The Mask are not here as Carrey morphed into the spitting image of the quiet, intense, and very quirky Kaufman. 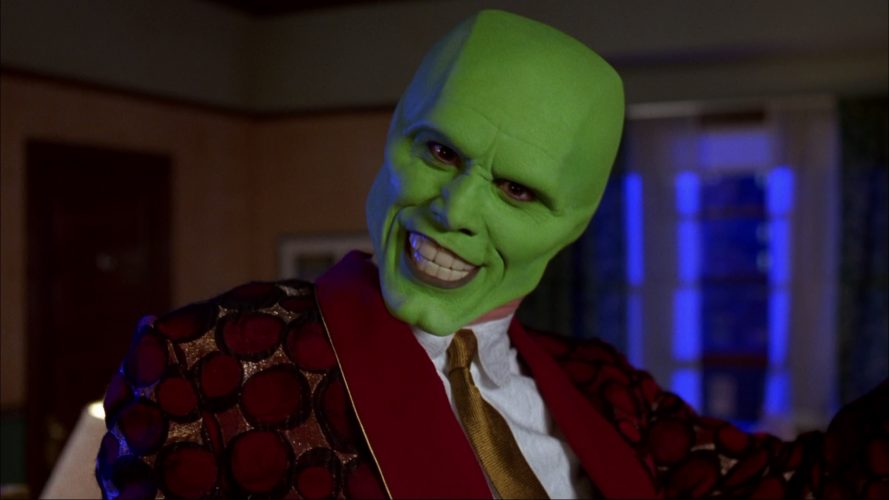 Smoking! The movie ended up grossing £262 million on a £16 million budget. It also introduced the world to a young Cameron Diaz. A terrible, Carrey-free sequel hit theatres’ in 2005, but it seems unlikely that a true follow-up film will ever materialise.

Following on from the comic book adaptation which was The Mask, Carrey took to playing the Riddler in the 1995 film ‘Batman Forever. Carrey recalled meeting his co-star Tommy Lee Jones for the first time. “I walked into a restaurant the night before our big scene in the Riddler’s lair. I went up to say hi and the blood drained from his face, in such a way that I realised that I had become the face of his pain”. Oh dear. 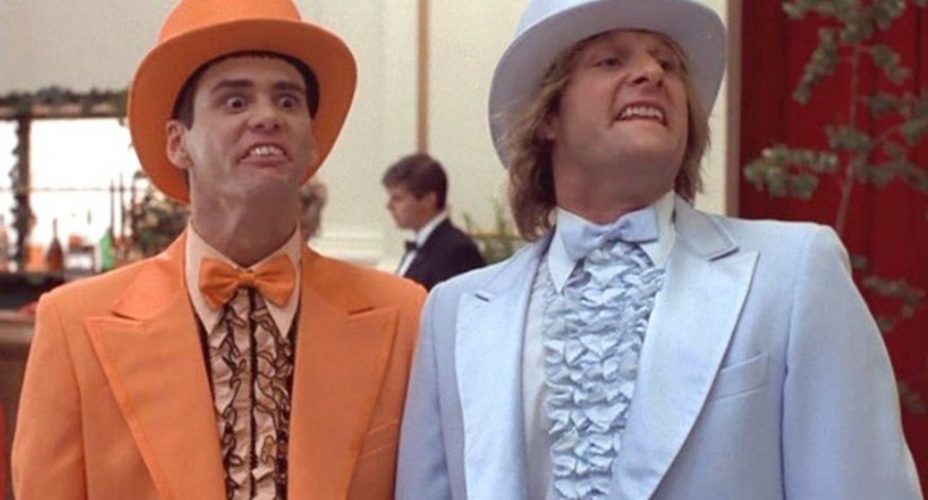 “That’s a lovely accent you have. New Jersey?”

“Austria! Well, then. G’day mate! Let’s put another shrimp on the barbie!”

After years of somewhat fairly straight forward comedy roles, Carrey turned to something a bit more serious for the 1998 release, ‘The Truman Show’.. A film about a man who’s entire life is one big reality TV show. Carrey is at his most sweet and likable here, struggling with whether he really wants to peel back the curtain of his own quiet life.

With rumours of a potential third movie in the pipeline, we urge you to re-watch the originals. Alrighty then! 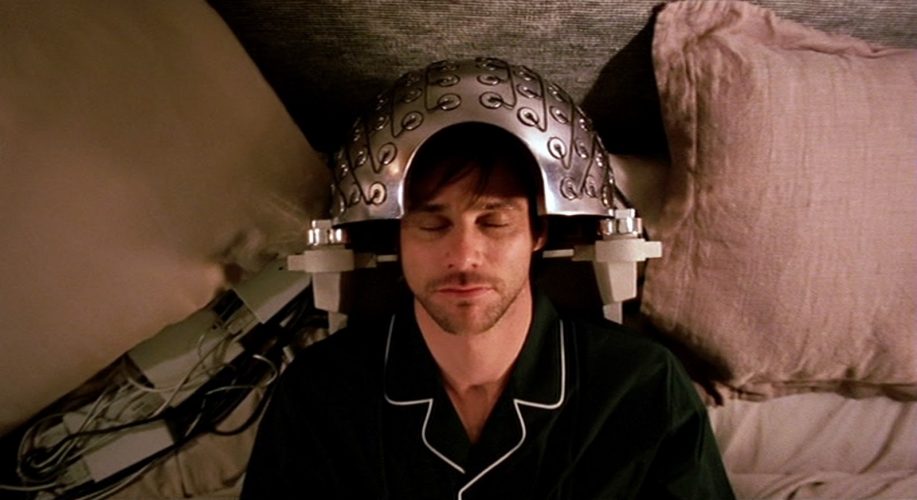 1. Eternal Sunshine Of The Spotless Mind

Though not without its funnier moments, this movie was very sad and is a somewhat strange anomaly in Carrey’s otherwise cherry career. It introduces a couple who resort to a radical new memory wipe in order to remove all traces of a relationship gone bad. An incredible performance from Carrey and co-star Kate Winslet make this our No. 1.

Keep up to date with the latest Blu-ray, DVD and Digital Download release you can buy, watch, own and keep for the perfect Movie Weekender at www.findanyfilm.com. Like @MovieWeekender on Facebook and follow @MovieWeekender on Twitter. Join the conversation via the hashtag #MovieWeekender.