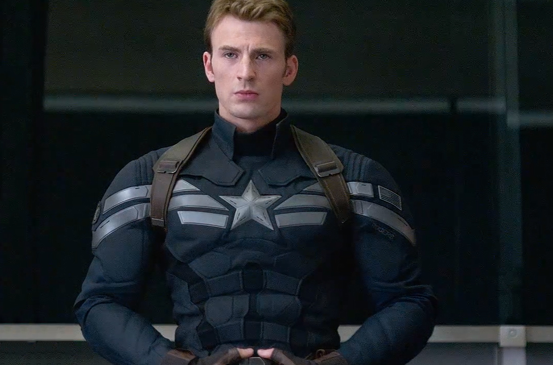 What makes a great captain? Courage, selflessness, grit, spirit? Of course, all these things are applicable but what makes them truly memorable? There has to be something a bit more unique about them than all the previously stated qualities.

Today, I celebrate the best movie captains to have graced the big screen. Read on as I share with you the top ten movie captains. 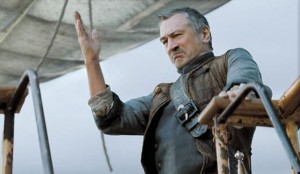 Robert De Niro played the fierce Captain Shakespeare in 2007’s fantasy adventure Stardust. Shakespeare’s sky pirate is ferocious and commands his crew through fear and tyranny. He is also compassionate, dreams of seeing England and is a “whoopsie” as his crew put it. I don’t want to ruin the movie for anyone who hasn’t seen it, but there is a great reveal during the movie when Shakespeare’s ship is boarded and attacked by Prince Septimus and his henchmen where we find out exactly what they mean by a “whoopsie.” 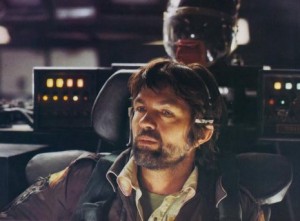 Dallas may not strictly be the best captain on this list, he lets an alien onto his ship and then see’s his entire crew, bar one Ellen Ripley, all fall victim to the creature which is now onboard. However, he is clearly a natural leader and will do whatever he can to protect his crew. His selfless leadership qualities are shown when he overrules Ripley and nominates himself to go try and flush out the creature from the air ducts it is hiding in and blow it out of the airlock. This scene is the whole reason Dallas makes the list, selfless heroism in the face of possible death. Awesome. 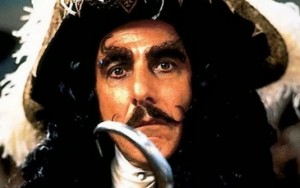 Captain Hook is the big bad to Peter Pan’s hero. He received his name after his hand was cut off by Pan and replaced by a hook, only for his hand to be swallowed by a crocodile that won’t stop chasing him now it has a taste for Hook. Captain Hook has been portrayed by various actors but perhaps most famous of all was Dustin Hoffman’s performance in 1991’s Hook. Hook is a diabolical villain, yet he is also very much a gentleman, he is feared by all those around him and will stop at nothing to put an end to Peter Pan and The Lost Boys. 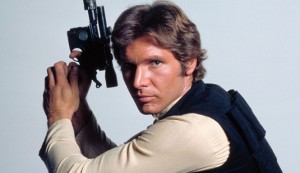 So, Han Solo may not have been referred to as Captain, but he has his own ship and damnit he acts like a captain should. His ship is his home, and anyone who boards her is under his protection. Solo is a smuggler and a member of the Rebel Alliance (unofficially of course) who just happens to have a Wookiee named Chewbacca watching his back. 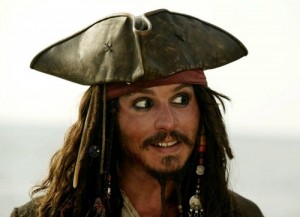 Jack Sparrow is a man of questionable morals, a drunk and a man only interested in himself and his personal goals. He is a pirate of the worst kind, but one that everyone will have heard of. Sparrow, as with so many characters on this list is a loveable rogue, but one with split loyalties and who will betray those closest to him if it benefits him, but you can’t help but love the guy. A great performance by Johnny Depp brought the character to our attention in 2003’s Pirates of the Caribbean: The Curse of the Black Pearl and despite the dwindling qualities of the four sequels that followed, Jack Sparrow remains the one endearing quality of the whole series. 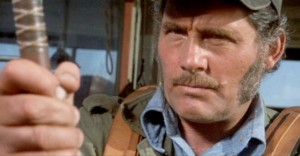 Quint was the captain of small charter boat that served Amity Island in Steven Spielberg’s brilliant 1975 summer blockbuster Jaws. Quint is synonymous with the movie and is just as memorable as any other character in the movie. Google the “Indianapolis speech” from the movie to see what makes this movie captain great. 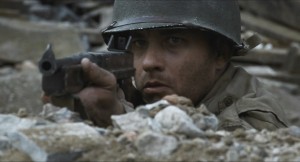 John H. Miller is the leader of a squad of United States Army Rangers who are searching for a young Private (the Ryan of the title) who is the last surviving brother of four men who have already perished in the Second World War. Tom Hanks played Miller and was steadfast in his duty to retrieve Ryan, despite his and his squad’s personal reluctance. Miller is perhaps the most heroic captain on this list and deserves his place near the top. 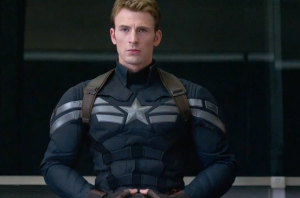 Marvel’s poster boy, Captain America, may be draped in the colours of the American flag but Steve Rogers fights for freedom the world over. Rogers is a man who believes good is good and if a man has nothing then he at least has his word. The character may not work for everyone, and some may see him as somewhat of a goody two shoes, but for me this is what makes Rogers so interesting. His unflinching loyalty and desire to do what’s right is a great thing in today’s world, and his sheer nobility makes him one of cinemas best movie captains. 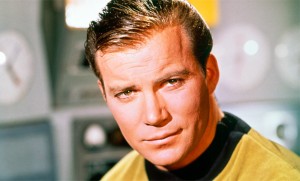 James Tiberius Kirk or Jim to his friends is the captain of the USS Enterprise on a voyage to explore the galaxy. Kirk was most famously portrayed by William Shatner in the original Star Trek TV show and the various movies that span off from it. The character was also most recently seen in the rebooted JJ Abrams movies portrayed by Chris Pine. Kirk is cocky, arrogant, brash and a womaniser to boot. Sounds like a dick right? Well, in a way he is, but his leadership skills and act now think later attitude have saved the day on numerous occasions and his desire to protect his crew and do the right thing are shining examples of why he is a great leader. 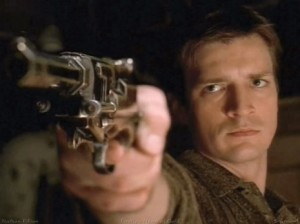 Ah, Malcolm Reynolds, Captain of the Firefly class ship Serenity. Mal is the anti-hero of anti-heroes and a man fiercely loyal to his crew and who believes that “if someone tries to kill you, you kill ‘em right back.” Reynolds is a brave soul, and despite his thieving ways, a very moral one too. He has a distinct code of honour and will not betray his crew or his friends. Played brilliantly by Nathan Fillion in the TV show Firefly and then in the movie Serenity, Captain Mal Reynolds is one of those characters you just love to spend time with, his blend of cockiness and charm make him eternally watchable and it’s a real shame we may never see him on a screen big or small again.