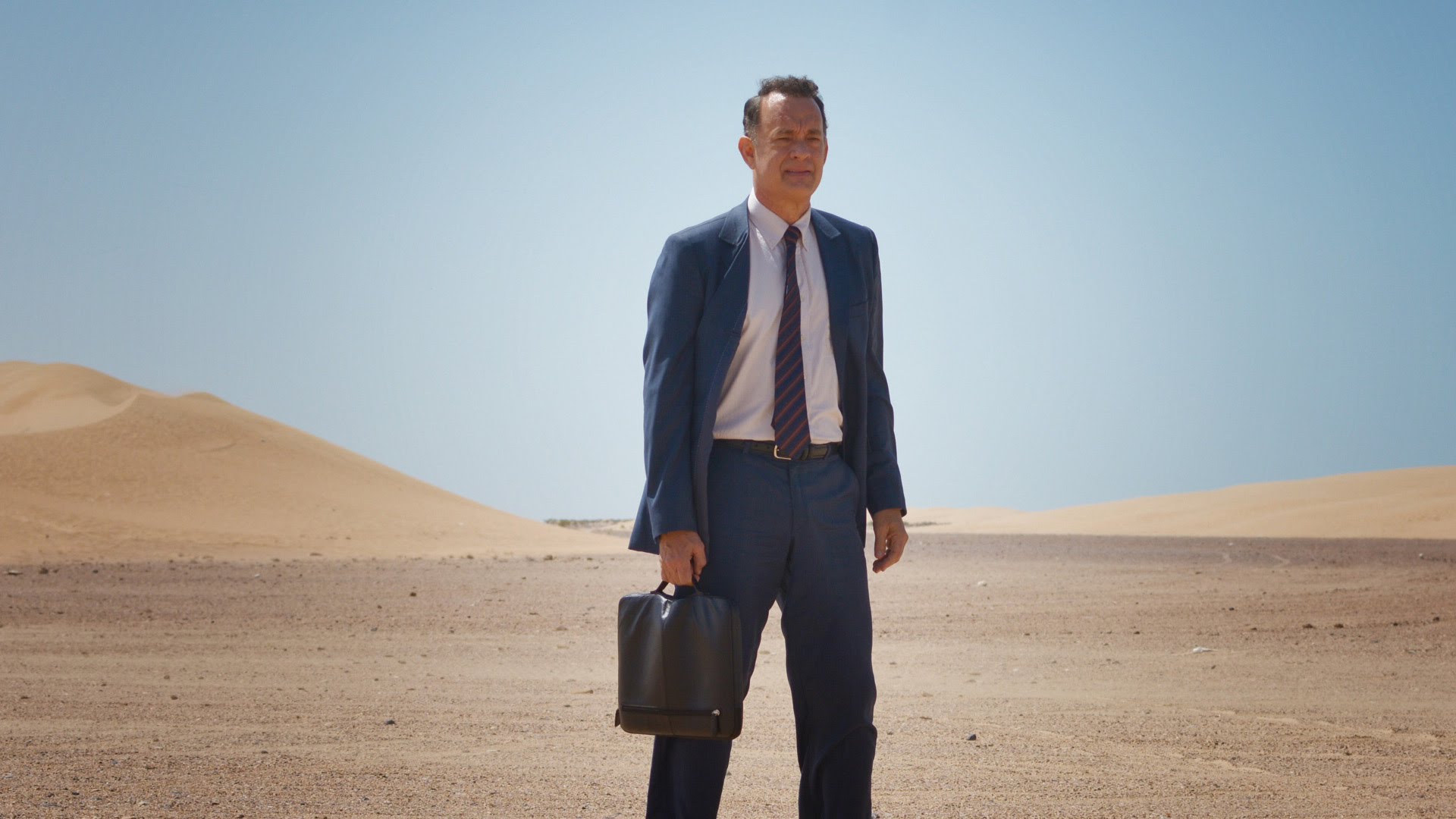 With two Academy Awards, a filmography that has grossed over 8.5 billion dollars, and arguably one of the most loveable faces on the faces of the planet, Tom Hanks has certainly had a career that most actors would give arm for. His latest film A Hologram For the King, is an inspirational story of a man struggling to turn his life around in a foreign land, based on Dave Eggers novel of the same name. Available on digital platforms on 12th September and on Blu-ray and DVD from 19th September, 2016, A Hologram For The King features a Tom Hanks performance that audiences have come to treasure from his catalogue of classic films over the years. In order to truly appreciate the man himself, we’re taking a look back at some of his most iconic roles, and be assured that narrowing it down to this list was no easy task. 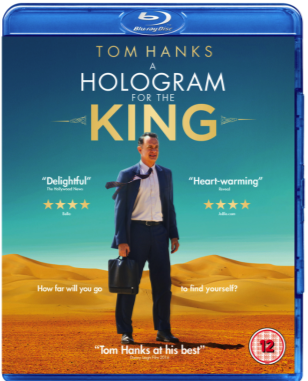 In many of the films of this list, Hanks serves as a leader and authoritarian, but in A Hologram For The King he plays a man struggling to find his purpose in the world, lost both figuratively and physically in the foreign land of Saudi Arabia. Alan Clay (Hanks) hopes to sell a state-of-the-art 3D holographic meeting system to the nation’s King. But once he begins work he quickly learns that he will have to adapt to a different culture and way of doing business in order to be successful. After suffering a panic attack in his hotel room, Alan meets a beautiful Saudi Doctor whose presence has a profound effect, leading him to question the path his life has taken. Hanks’ signature charm and depth guides us on an inspirational journey of self discovery, leading to the conclusion that there really is nothing this man can’t do.

Before the days of the multiple prestigious awards coming out of his ears, Mr. Hanks was making hearts around the world melt as a child who was magically turned into a grown man overnight. Still living with 13-year-old’s mentality, Josh (Hanks) decides to hide out in New York City until he can figure out what to do next. He lucks into a job with a major toy company run by kid-at-heart McMillan (Robert Loggia) and falls in love with fellow employee Susan (Elizabeth Perkins). But still a kid, he becomes desperate to go back to being scruffy teenager. Hanks brought his trademark wit and playfulness to the film, and it’s hard to imagine anyone else being able to play a giant keyboard with his feet as well as he does. 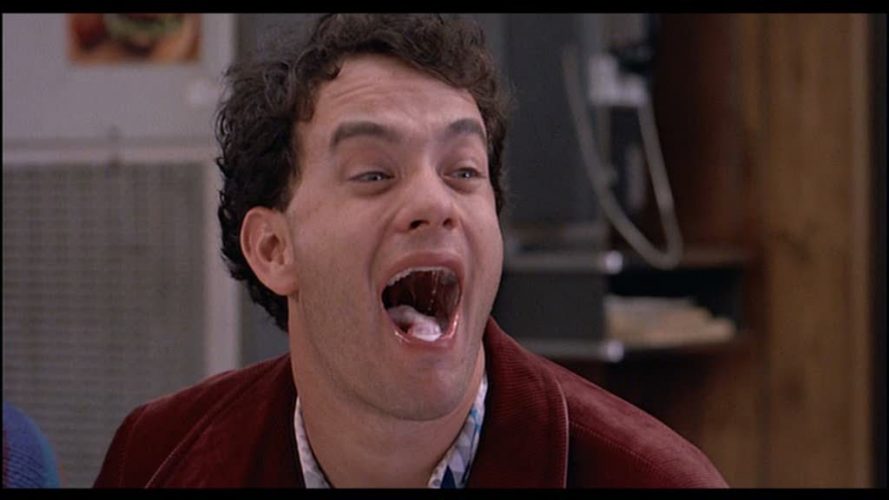 Steven Spielberg’s legendary WWII epic may be known primarily for its extremely intense and disturbing 24-minute long battle sequence on the beaches of Normandy, but at the films heart is a very grounded and relatable performance from Mr. Hanks. The film follows a group of soldiers led by Captain Miller (Hanks), who have been charged with the task of saving a young soldier fighting in France by the name of (you guessed it) Private Ryan, whose three brothers have been killed in battle, and bring him home to his family. The film won five Oscars in total but what was most notable about the ceremony was that it missed out on ‘Best Picture’ to Shakespeare In Love, which is still remembered as one of the biggest Oscar upsets in history. The film has proven to stand the test of time though, with Hank’s performance being one of the best of his career. 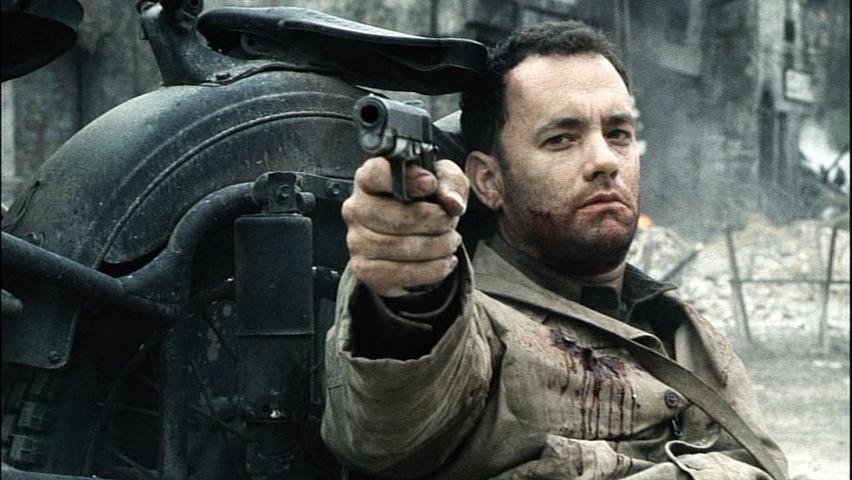 After all of Pixar’s success, awards and rave reviews for their many delightful films, the standard set by incredible moving and nostalgic Toy Story series still sets the bar. Hanks voices the charming cowboy doll Woody, who is seen as a leader of sorts for a group of toys who come to life when no one is looking. But when their owner Andy get’s a new action figure for his birthday in the shape of Buzz Lightyear, he starts to lose his place as the ‘favourite toy’. It’s hard to imagine that Toy Story was so innovative in its field when it was released in 1995, but with every summer holiday now coming with a flurry of animated films, Hanks and co. paved the way for many childhoods of the future. As much as we’re assured otherwise, we still can’t completely trust that Action Men and Barbies don’t come to life when we leave the room… 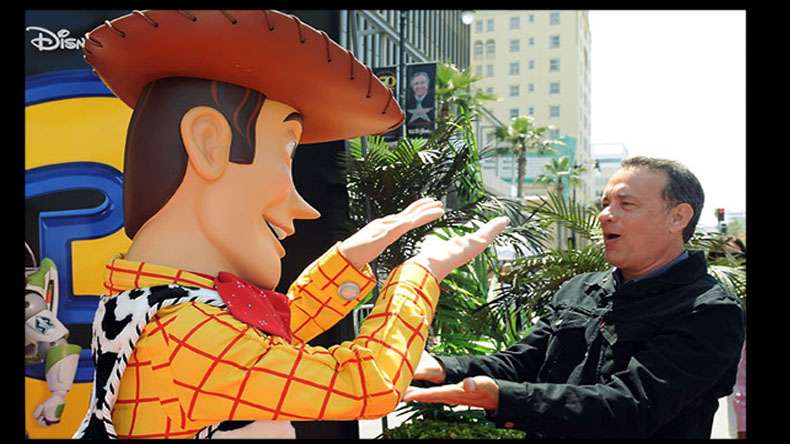 They say a career is never complete without a role that encourages millions of people around the world to impersonate nearly every line from the film in a ridiculous voice. If that’s true then Hanks has managed to complete that task with the title role in Robert Zemeckis’s film Forest Gump. The films follows Gump, a special child not quite like everyone else, from a young age right through to becoming a father, as he finds himself in many troubling and often enlightening times through 1960’s America, with the film acting as a strong critique of US History. Hanks gives a heart breaking performance that ended up winning him an Oscar, showing the importance of some much needed innocence in the world during a time of so much chaos and darkness. 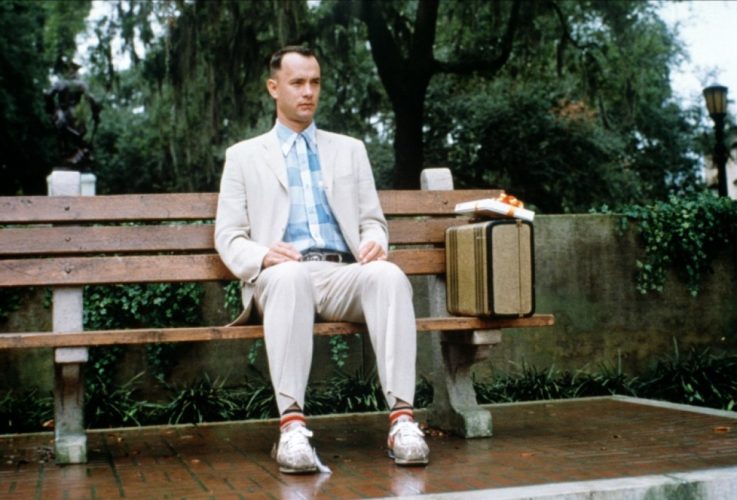 With Paul Greengrass’s high-seas thriller Captain Phillips, the film needed a hero that instead of being muscle-bound and born with superpowers, was above all else brave and relatable, and Hanks fits that bill perfectly. Based on the true story of the 2009 hijacking of U.S. container ship Maersk Alabama by a crew of Somali pirates, the film not only works as an gripping and tense modern day action-thriller, but also successfully attempts to dissect deeper themes of poverty and globalisation. The film is worth watching for the truly heartbreaking final scene that is enough to make even the most stubborn Somali pirate break down into floods of tears. 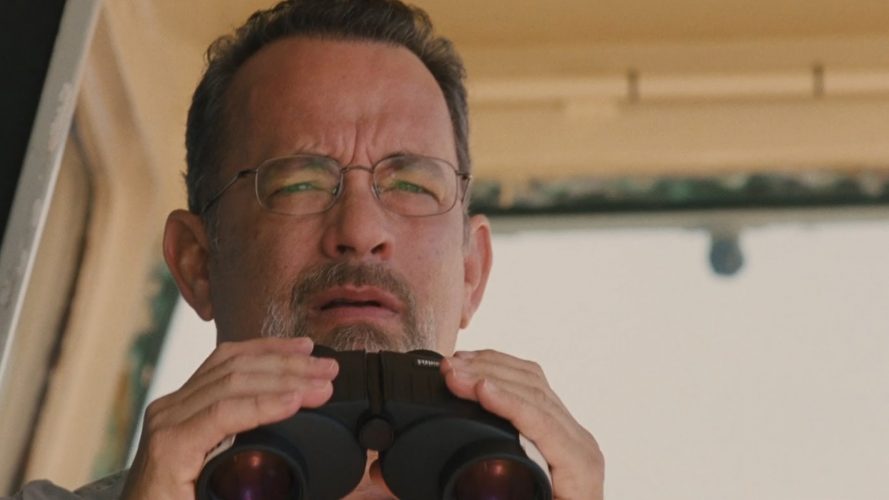 This intense drama about one man’s struggles to survive after being shipwrecked on a desert island can be summed up in one word: WILSON! Hanks manages to keep our full attention in a film that features only him for 90% of the film, along with a brilliantly understated performance from his volley ball friend. Of all the films Hanks has done in his career this is probably the most intense of them all, showing incredible determination to save himself from the island and get back home. In Cast Away, Hanks made us laugh, cry and learn how to appreciate the modern day dentist, a magnificently rounded performance.

A HOLOGRAM FOR THE KING IS AVAILABLE ON DIGITAL PLATFORMS ON 12TH SEPTEMBER AND ON BLU-RAY AND DVD FROM 19TH SEPTEMBER, 2016

How Do You Solve a Problem Like James Bond?