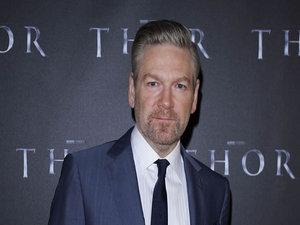 Just when Paramount thought they found their man.. director of the brain taxing ‘Lost’ Jack Bender is forced to drop out of proceedings. The project in question is a new take on the adventures of marine Jack Ryan, a character made familiar to the masses by Mr Tom Clancy.

Many key blanks have already been filled, with Star Trek and This Means War star Chris Pine being the lead protagonist and producing duties being handed to Lorenzo Di Bonaventura. The remaining stumbling block of course.. is the director.

Step forward.. Mr Kenneth Branagh. No stranger to dramatic drop outs himself after being ruled out of helming the sequel to Marvel’s Thor, he has been confirmed to be holding talks about taking the reins. Such a career choice emphasises the shift away from the traditional arty projects normally associated with Branagh into more pulse pounding fare.

Production is due to get underway in the Autumn.