We are less than a month away (1st June in the UK!) until Gal Gadot looks to slay her Summer blockbuster rivals, with her first hotly-anticipated solo outing as Wonder Woman, ahead of Justice League which arrives in cinemas later this year.

Directed by Patty Jenkins, the marketing campaign has been ramped up in recent days with various TV spots. Now we have been treated to a final action-packed trailer for the film, chronicling the ‘rise’ of our female warrior as Chris Pine’s (Star Trek Beyond) Steve Trevor alerts her world of a growing outside conflict.

Underpinned by the Imagine Dragons’ track Warrior with fragments of the sweeping score that has dominated its early teasers, it’s another undeniably impressive sneak-peek.

Yet after the final cut of Suicide Squad and Batman V Superman: Dawn Of Justice, we’ve been fooled before. How we hope Warner Bros can get their DC Extended Universe back on track with this. 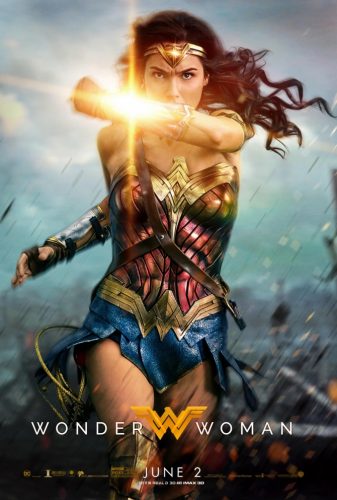