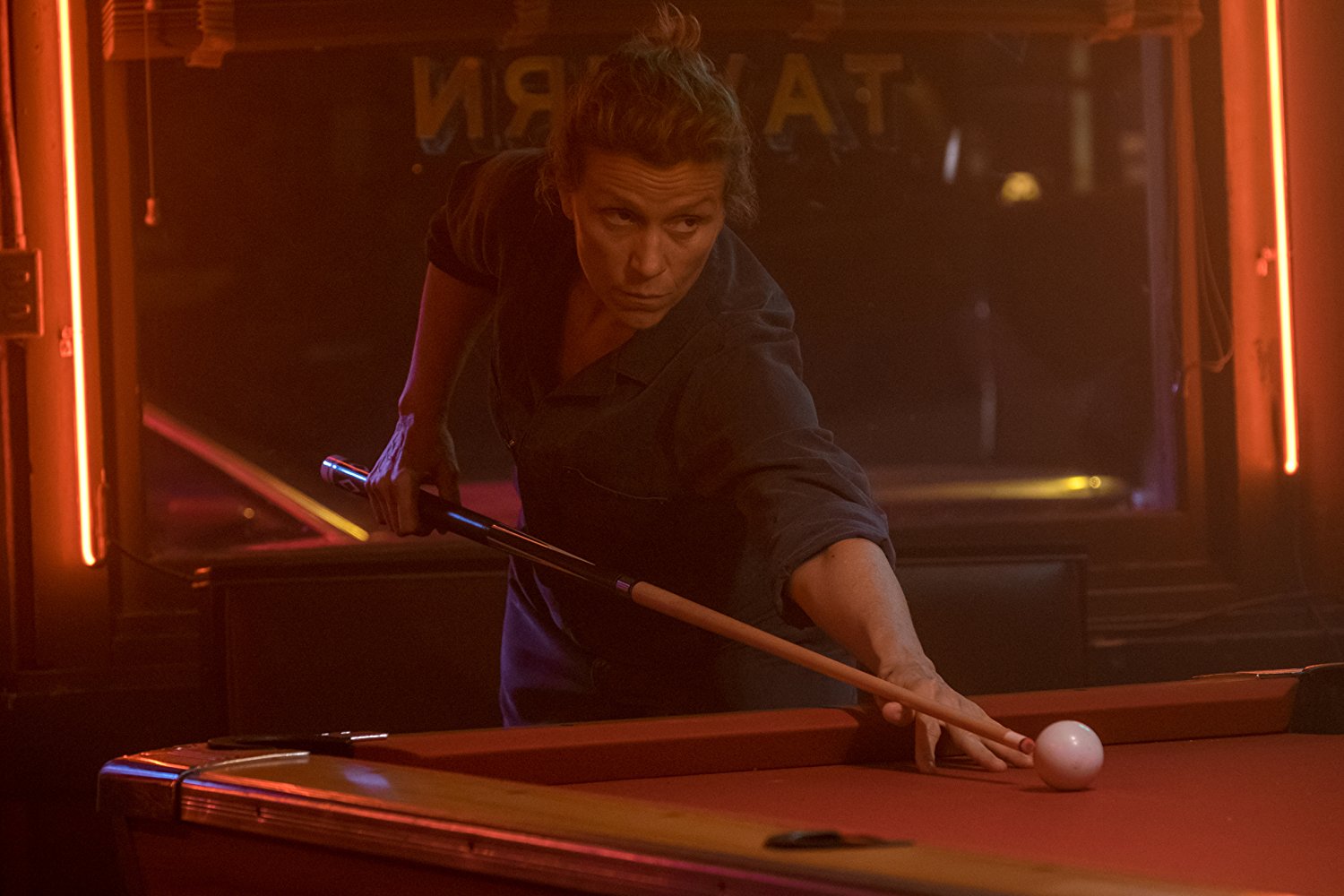 It’s not always easy for playwrights to make the transition into the world of cinema, but if there’s ever been a convincing argument for its success, it comes in the form of Martin McDonagh. The follow-up to his brilliant black comedies In Bruges and Seven Psychopaths has been hotly anticipated for five years, and Three Billboards Outside Ebbing, Missouri is perhaps McDonagh’s most accomplished work yet. A blistering black comedy-drama about some deeply unfunny subject matter, McDonagh once against turns his hand to the big screen with wit, poise, and above all, heart.

Francis McDormand stars as Mildred Hayes, who starts a war against her local police force when she rents three billboards just outside of Ebbing, Missouri, highlighting the lack of progress in arresting her daughter’s rapist and murderer. She calls out the town’s police chief, Bill Willoughby (Woody Harrelson) whilst drawing the ire of his colleague Jason Dixon (Sam Rockwell) and alienating the townsfolk, who have a mixed response to Mildred’s publicity stunt. As is the case with all of McDonagh’s work, the less about the plot the better, as it’s something that no review or Wikipedia summary can do justice to. What’s more important to mention is how deftly the lean, blisteringly emotive and witty script is translated by its immensely talented cast.

There’s no doubt that McDormand is a supremely talented actor, but no film demonstrates this as well as Three Billboards. Mildred’s heartache and anger following the murder of her daughter are palpable but subtle, as she struggles to find a way to work through her grief and guilt. Similarly, the always brilliant Sam Rockwell shines in his second McDonagh film (following his show-stealing performance in Seven Psychopaths) as Officer Dixon, who experiences the film’s most fascinating transformation, and steals every scene he’s in. McDonagh’s Good People Who Do Bad Things are, as always, rich and three-dimensional, set against the sleepy backdrop of unremarkable Ebbing, a picturesque but stagnant town where sexism, homophobia, and racism are just an accepted part of life, and any challenge to this smalltown mentality is regarded as a threat. The film doesn’t preach, though, nor pass judgment – as with In Bruges and Seven Psychopaths, McDonagh shows the human reality: nothing is ever clear-cut, and all we can do is try to make the best of it.

Three Billboards is a subtle masterpiece of character development, superbly human and affecting, and it is McDonagh’s unique talent for merging bleak drama with black comedy that makes it such a success. Laughter is inevitable – being able to shake the trauma from your mind after you leave the cinema is not.