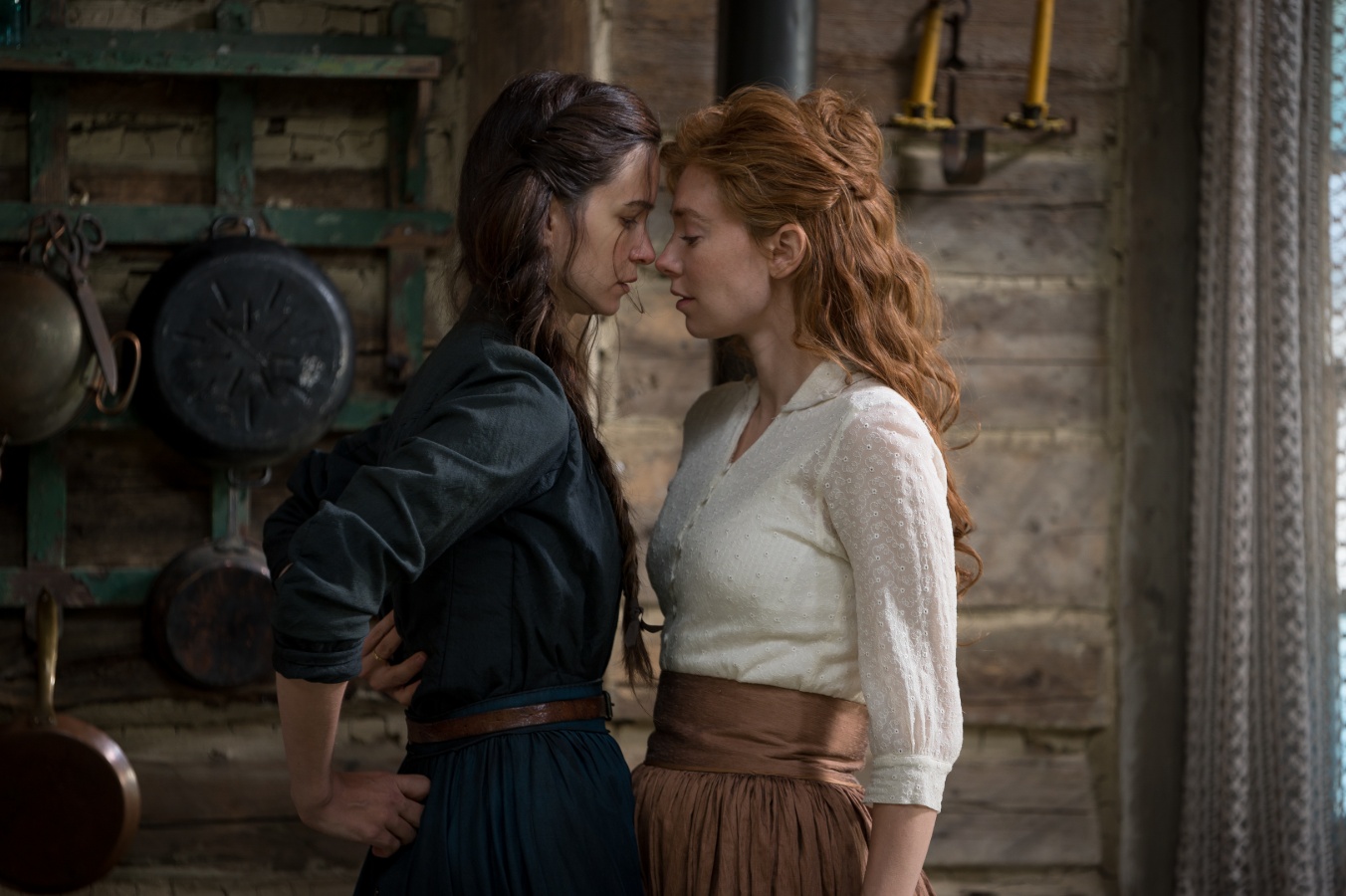 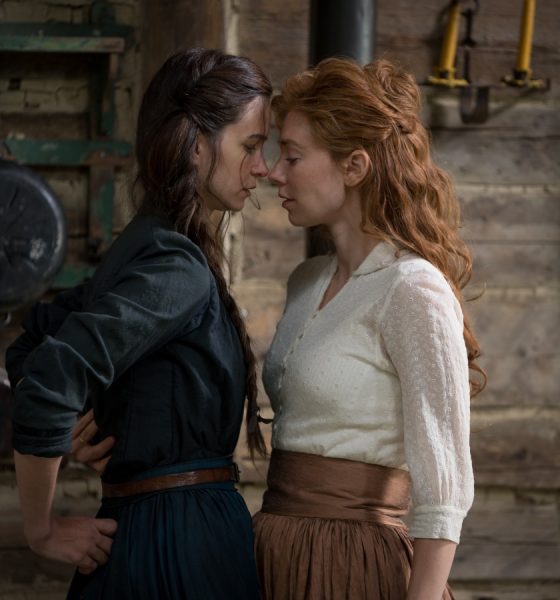 A sweeping tale of illicit love in 19th century upstate New York, The World to Come joins the list of recent period dramas depicting lesbian love. The World to Come suffers a similar fate to Ammonite in its restraint but places more focus on the neglect encountered by the two women at the hands of their respective husbands. The film is also an effective study in grief and extracts a magnetic performance from Vanessa Kirby as Tallie.

The World to Come illustrates the limitations imposed on the two women as revealed by Katherine Waterston’s Abigail through diary entries.  Abigail is reserved in demeanour and long-suffering after a family tragedy, which creates a gulf between her and her husband Dyer, played by Casey Affleck.  Their subdued interactions are a contrast to the tempestuous, cruel treatment that Tallie is subjected to within her marriage to the brutish Finney played by Christopher Abbott.  The two women would inevitably feel drawn to each other in such circumstances and The World to Come succumbs to familiar tropes within an LGBTQ+ period narrative.  Unfortunately, the film does not seek to challenge any of these expectations, and as such, the audience may feel challenged by its slow pace.

The film’s meandering nature is accentuated further by its use of the literary device with Abigail as a narrator. The narration creates a distance between the audience and the characters making it difficult to identify with the women’s predicament and the emotions apparent.  The film’s subtle nature, however, conveys the meaning behind each surreptitious glance between the women and any accidental touches with an emphasis placed on the unspoken word as well as the descriptive narration.  Kirby’s performance with the longing, intense stares capture the screen and add that passionate dimension to an otherwise lacklustre relationship.  Her presence means that the relationship between Tallie and Abigail seems credible given the film’s inability to create that sense of investment in the characters.

The World to Come genuinely comes into its own is through the sensation of isolation permeating throughout the film.  Both Abigail and Tallie are observed undertaking solitary menial tasks, as expected of a dutiful wife in such historical periods. Understandably, they may naturally gravitate towards each other to alleviate such loneliness. The use of space within the film with the vast open fields in the farms equally conveys that sense of loneliness and despair under Fastvold’s direction.  During such moments, the cinematography is rather hypnotic as the seasons change and reflect the perils experienced by both Abigail and Tallie.  There are beautiful, naturalistic shots of the springtime and the autumn with glorious colours successfully depicting Tallie and Abigail’s burgeoning love affair.

The film does suffer from its limitations despite its painterly beauty. The transition from a short story to the big screen seems to be clumsy in some scenes rather than developing more emotional impact. Instead, the haunting score conveys a significant level of emotion that is lacking due to the film’s stillness, which may not resonate with all.  The World to Come relies on melodrama as supported by this impressive score, which demonstrates its musicality.  There is a degree of choreography within the film within the characters interactions which Kirby conveys beautifully, and Abbot is equally impressive as the tyrant Finney.

Under a female gaze, the subjugation of the women and their growing love for each other is depicted sensitively by Fastvold.  However, the whispered, subtle interactions between the women may require too much patience from the audience but emphasise the acceptance of love without shame as their relationship develops.

The World to Come is a beautifully shot film with aesthetically pleasing painterly compositions.  The film highlights the damaging effects of neglect and isolation within relationships and encourages us all not to give up on finding that all-encompassing love within our lives.