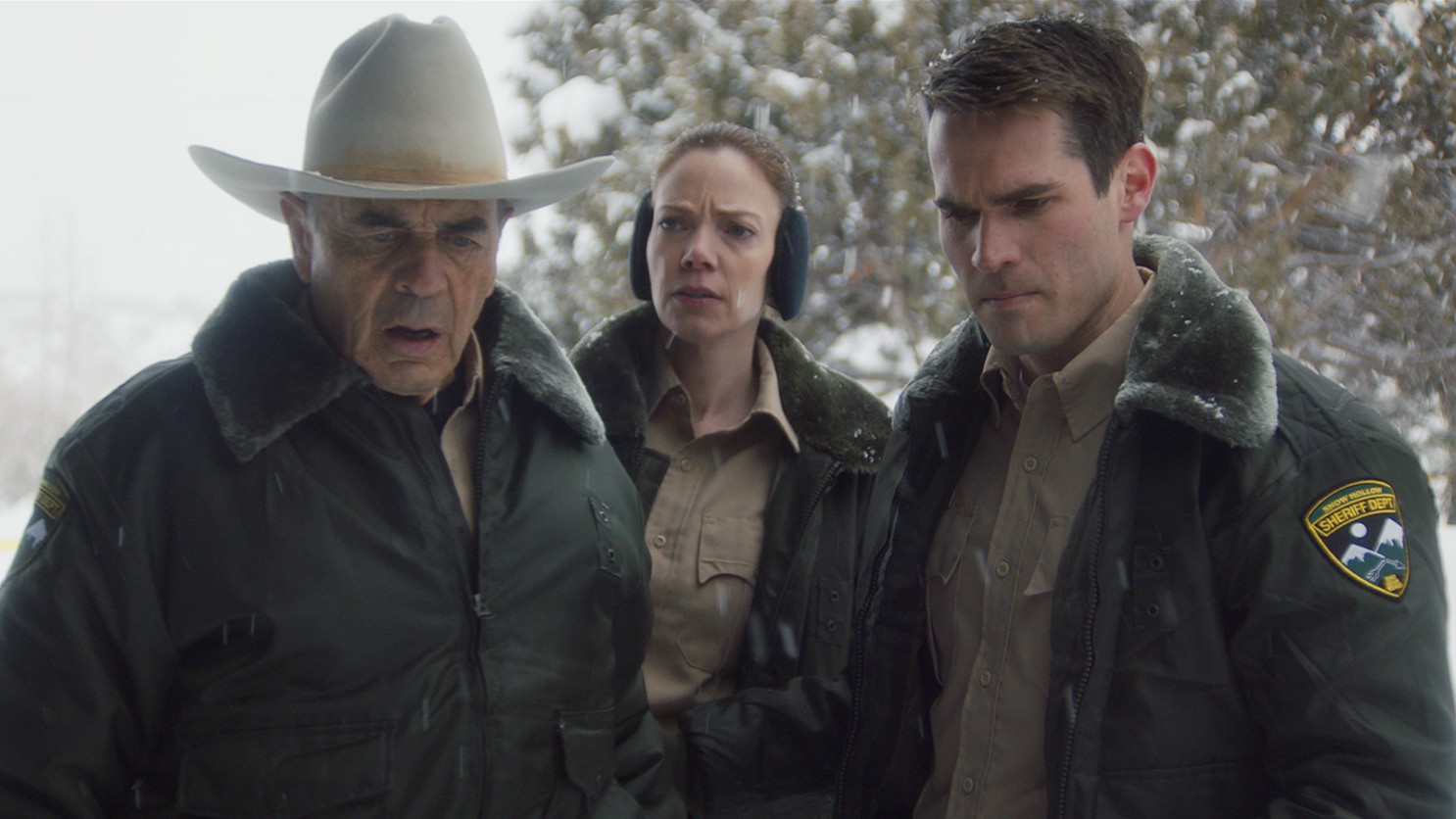 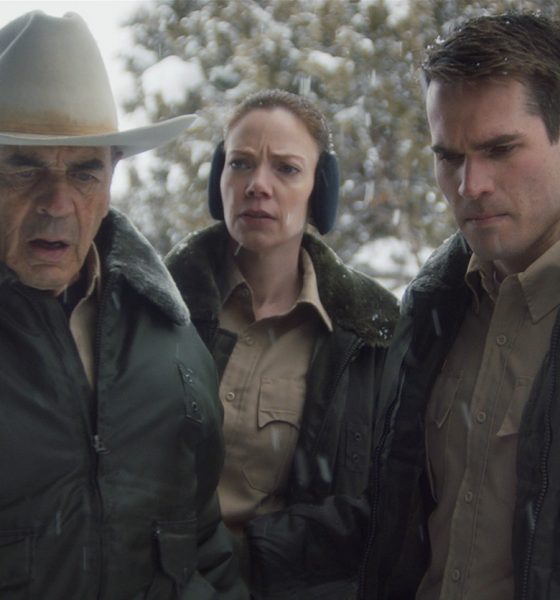 Jim Cummings’ sophomore feature is tailor-made to be viewed over Halloween with a pack of beers and some good friends.

Following a series of critically lauded short films, 2018 (God, that seems like a lifetime ago after 3000 days of 2020) saw writer/director/actor/producer/one man filmmaking machine Jim Cummings present to us Thunder Road. Adapted from the award-winning one take short of the same name, Thunder Road was a tour-de-force in bold independent cinema, a melancomic exploration of grief, stress, broken families, and the masculine crisis facing modern men working in traditionally stoic law enforcement. With humour, heart, and a great many monologues, Thunder Road was a hit with audiences and critics alike.

Fast forward to 2020, and Cummings has returned with horror comedy The Wolf of Snow Hollow. Starring himself, alongside the late Robert Forster and the excellent Riki Lindhome, the film follows Cummings’ Officer John Marshall as he sets about finding the savage murderer of several of the town’s young women. Amidst rumours of a werewolf, a fractious relationship with his deteriorating sheriff father, strains on home life, and the ongoing threat of relapse into alcohol addiction time grows scarce to catch a killer. Marshall finds himself having to look inwards and solve the mess of his own life in order to proceed outwardly with his investigation into the gruesome slayings. Is there really a Wolf of Snow Hollow, or is the beast a projection of Marshall’s fractured mind?

Although the “cop-on-the-edge-of-a-nervous-breakdown” trope has now been established in both of Cummings’ first two features, the DNA and direction of the two films as a whole diverges devilishly here. With a darker, more violent story at its heart to tell, The Wolf of Snow Hollow sees Cummings seemingly take inspiration from the likes of Nolan’s Insomnia, Demme’s Silence of the Lambs, and the Coen Brothers’ Fargo to utilise environment and the natural landscape to evoke isolation and ominous, looming threat. The days in Snow Hollow are blindingly light, stealing clarity from the case through a labyrinth-like lack of traceable and trackable form. Whilst the nights see darkness bear down on the victims, their killer, and the law as they press on their fated path through the bracing cold and crunching snow.

The darker edge to this sophomore outing is levelled out with the eccentricity of Cummings as both a writer and performer. His script is punctuated with on-the-nose social observations, neat little references to other horrors, and the now-customary freewheeling but meticulously well-rehearsed monologues that reach for existential truths and play for unexpected laughs. He is aided and abetted by a brilliant Riki Lindhome, who has shades of Marge Gunderson’s simultaneous quirk and cop instinct running through her portrayal of Officer Julia Robson. The aforementioned late, great Robert Forster, who plays Marshall’s father as a world-weary, cynical grump of a man who’d probably vote Trump just to own the libs and aggravate his son. With old-time star quality and gravitas, Forster’s last rodeo is another memorable turn in a career filled with them. His final screen moments here are emotional to say the least, especially in context of the fact he hid his cancer diagnosis from the cast and crew.

Shot handsomely, edited with a lick of Edgar Wright’s kinetic sensibilities for keeping the plot moving and the viewer in the loop, and packing a third act “Gotcha” that’s a great reveal, Cummings’ latest is a fun film tailor-made to be viewed over Halloween with a pack of beers and some good friends. As the horror landscape has begun to veer towards increasingly bleak and unrelenting tales of borderline gratuitous suffering, The Wolf of Snow Hollow is a welcome tonic that reminds us all that some of the best the genre has to offer comes from a wilfulness to make the audience laugh just as much as wince.

Two features down, it is growing increasingly apparent that Jim Cummings is a name that is here to stay, and if his third film is as good as his first two, then it’s safe to say that the heart of independent cinema in America is beating stronger than ever before.