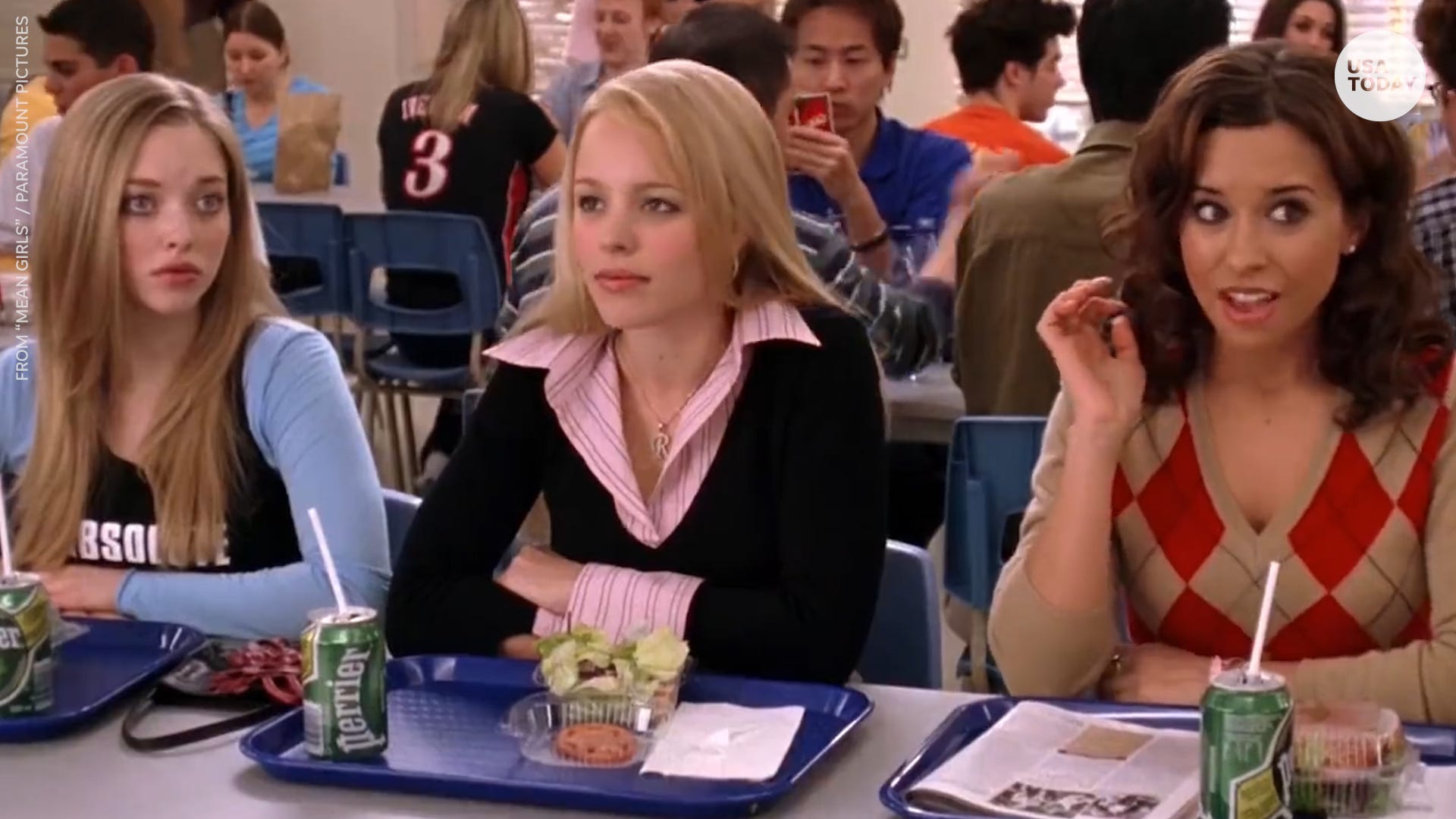 Sometimes, there’s nothing better than spending a girly night in with your best friends. Putting on your comfiest clothes, ordering some food and watching a film.

So to help you with your girls night in, we’ve picked five of our favourite movies to make it the perfect evening!

Starring Lindsay Lohan, Tina Fey, Rachel McAdams and Amanda Seyfried, Mean Girls is one of the most quotable films of all time, thanks to the witty screenplay from Tina Fey herself.

Mean Girls tells the story of Cady Heron, a teenage girl who moves back from living in Africa and being home-schooled from a young age. She is suddenly thrown in to an American high school. North Shore High School is full of social cliques – from Jocks to Goths and Cady finds herself suddenly in the A-list girl clique also known as ‘The Plastics’ whilst undertaking a social experiment, but soon starts losing her way.

This is a perfect Friday-night, pajama-party movie. A lot of nineties and noughties kids grew up watching it at sleepovers, everyone told their friends about it, and even cool-moms love it. Whether you’re watching to reminisce, quote the entire film or you’re watching for the first time, we suggest you grab some pop-corn, get in your pj’s, build a blanket fort and laugh your head off whilst watching. The

Grab some tissues, no, grab ALL of the tissues – because you’re going to run-out anyway. The Notebook stars a 23-year-old Ryan Gosling as Noah and the very lovely Rachel McAdams as Allie. Two young kids growing up and falling in love in South Carolina in the 1940’s – their story is told from present  day by an elderly man living in a nursing home (James Garner) to another fellow resident of the home he takes a liking to (Gena Rowlands). Their love story is full of twists and turns but boy, it’s a good one.

We suggest you get comfy, surround yourself with boxes of tissues and enjoy. This is the perfect film if you fancy a cry and a heart-to-heart with the girls. The removal of mascara is recommended before you watch.

A perfect girls-night-in flick which will make you feel all of the emotions. Starring Domnhall Gleeson, Rachel McAdams, Bill Nighy and Lydia Wilson, About Time is a charming story between Tim (Gleeson) – a 21 year-old lawyer in training originally from the Cornwall coast – now a Londoner and Mary (McAdams) an insecure American living in London, with a love for Kate Moss. There’s also another thing – Tim learns from his father at a New Year’s Party that he can travel through time. He uses this for good and not evil luckily – and wins over Mary after many terrible attempts at a first date. The light-hearted rom-com provides plenty of laughs and a few tears as it tells the story of Tim and Mary’s ever-changing life with some tough decision making along the way.

Text the girls, order a pizza and enjoy this sentimental, heart-warming British Rom-Com come Sci-Fi from Love Actually and Bridget Jones’ Richard Curtis –‘cause you’re going to love it.

The clue is in the name, but if you or one of your girl’s are getting hitched, this is the film to watch. Starring female comedy-legends – Kristen Wiig, Maya Rudolph, Rose Byrne, Melissa Mccarthy and many more – Bridesmaids tells the tale of Annie (Wiig) a failing self-employed cake-maker and Maid of Honour to her best friend –Lillian. Whilst trying to help out and plan the best day and bridal shower for her ‘bestie’ (even though she is completely broke), Annie is willing to go further than she has ever gone before to prove she can be the best Maid-of-Honour to Lillian there ever was and to prove how much of a good friend she is.

Full of belly-laughs, Bridemaids is full of life-lessons and all-to-familiar feels between us girls because we have all been in Annie’s shoes at some point. This movie will empower you, make you want to party with your ladies and of course, want to sing along at the top of your voice to ‘Hold On’ by Wilson Phillips.

For our final film of the night, we bring you Easy A – starring Emma Stone as Olive – an A-Star High School Student, starts by helping out a desperate, closet-gay Brandon (Dan Byrd) by faking a sex-scene at a house-party.  From here, she conjures a master plan and starts relying on rumours to shift her social status, losing a few friends and learning some valuable lessons along the way. It sounds like a very serious plot, but it’s far from it with Mean-Girls-influenced comedy throughout from writer Bert V. Royal and a few sing-along scenes.

Easy A shows us girls what it’s like to be back in High School and wanting to fit in with everyone’s ideas and opinions but also teaches us to be ourselves and not let rumours ruin our reputations. This is a fun, easy-to-watch chick-flick and ends your ultimate girls-night-in “not with a fizzle but with a BANG!”

Discover restaurants that deliver near you with Uber Eats! Order today.