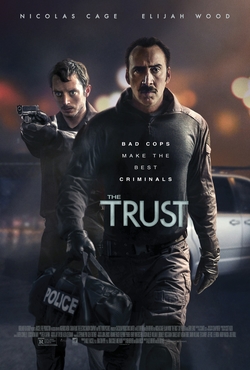 Two cops, the mirror opposite of each other end up coming together to achieve a common goal. It’s not original, and it’s hardly a plot line that will get your heart skipping a beat. But don’t dismiss The Trust too quickly. It may not be ground breaking, but the quirkiness of this dark comedy has it’s appeal. Trust us. 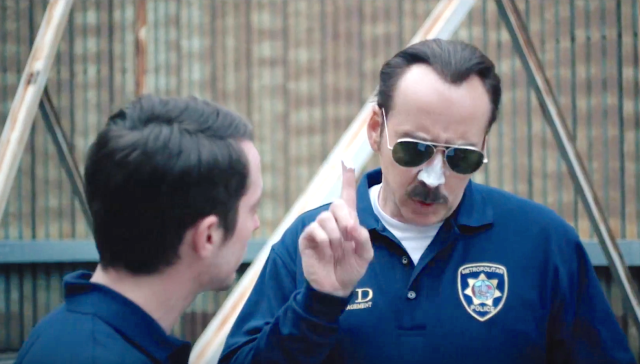 Nicolas Cage plays Lieutenant Stone, a wallpaper character who blends into the background and gets little attention much to his annoyance. Elijah Wood on the other hand plays Detective Waters, a cop that has had his fill of his own life. He hates his job, his relationship has broken down and he no longer has anything to lose so when Stone offers him an escape route, why the hell not? Both officers work in the evidence room, and when Stone stumbles upon a receipt for an unusually large amount of bail money he convinces Waters to help him find the money. An investigation that begins slightly outside the law winds up to a conclusion Waters could never have envisioned.

As stated in the introduction, the over all plot of two different cops coming together for a common goal is as old as the hills, yet The Trust has a comedic atmosphere, an almost ‘who gives a shit’ attitude that provides it’s appeal. Cage lets his acting hair down in his role and provides some chuckle worthy scenes as well as some genuinely tense moments of rage. He and Wood bounce of each other well but there is nothing outstanding about Woods performance. He manages the character well, but it’s forgettable. Cage’s natural propensity for wacky serves him well in this instance. One point worth making, if you watch this with excitement at seeing Jerry Lewis you will be sorely disappointed. His screen time as Cage’s father totals less than 1 minute, which is disappointing. 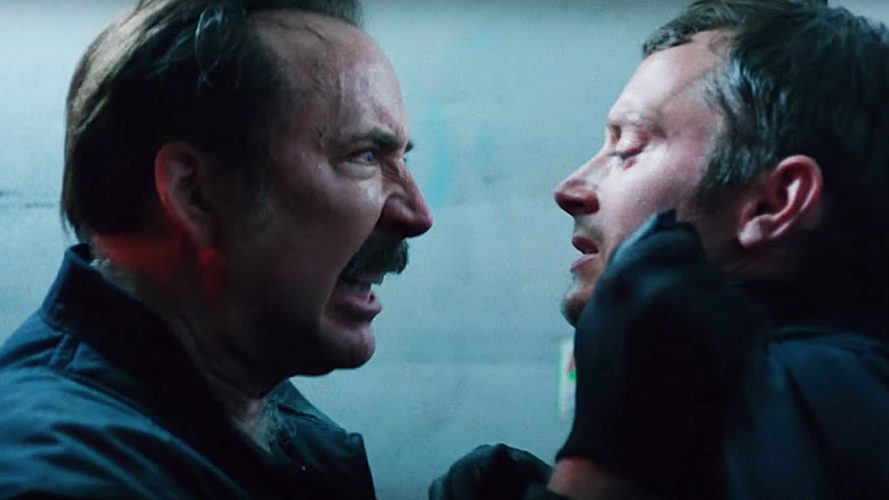 The scripting is both entertaining and clever in parts and the pace is fairly on point. The film provides an atmosphere that matches both characters dismal lives, which is helped by editing and cinematography. What works well is that although both characters have clear issues regarding the situations they find themselves in, these are not dwelt upon. They are glanced at briefly, such as Waters’ picking up dog excrement with his exes clothing but these are the only times we glimpse into their lives. The film focuses on the here and now which makes The Trust much easier to immerse yourself in.

The Trust will never be an award winner. It doesn’t break any new ground or involve any exceptional performances yet it has a fun aspect to it that drawers you in. Get your friends round, get some beers on the go and simply sit back and take it for what it is. Popcorn fodder.

The Trust is released on DVD and Blu Ray on July 18th from Signature Entertainment.