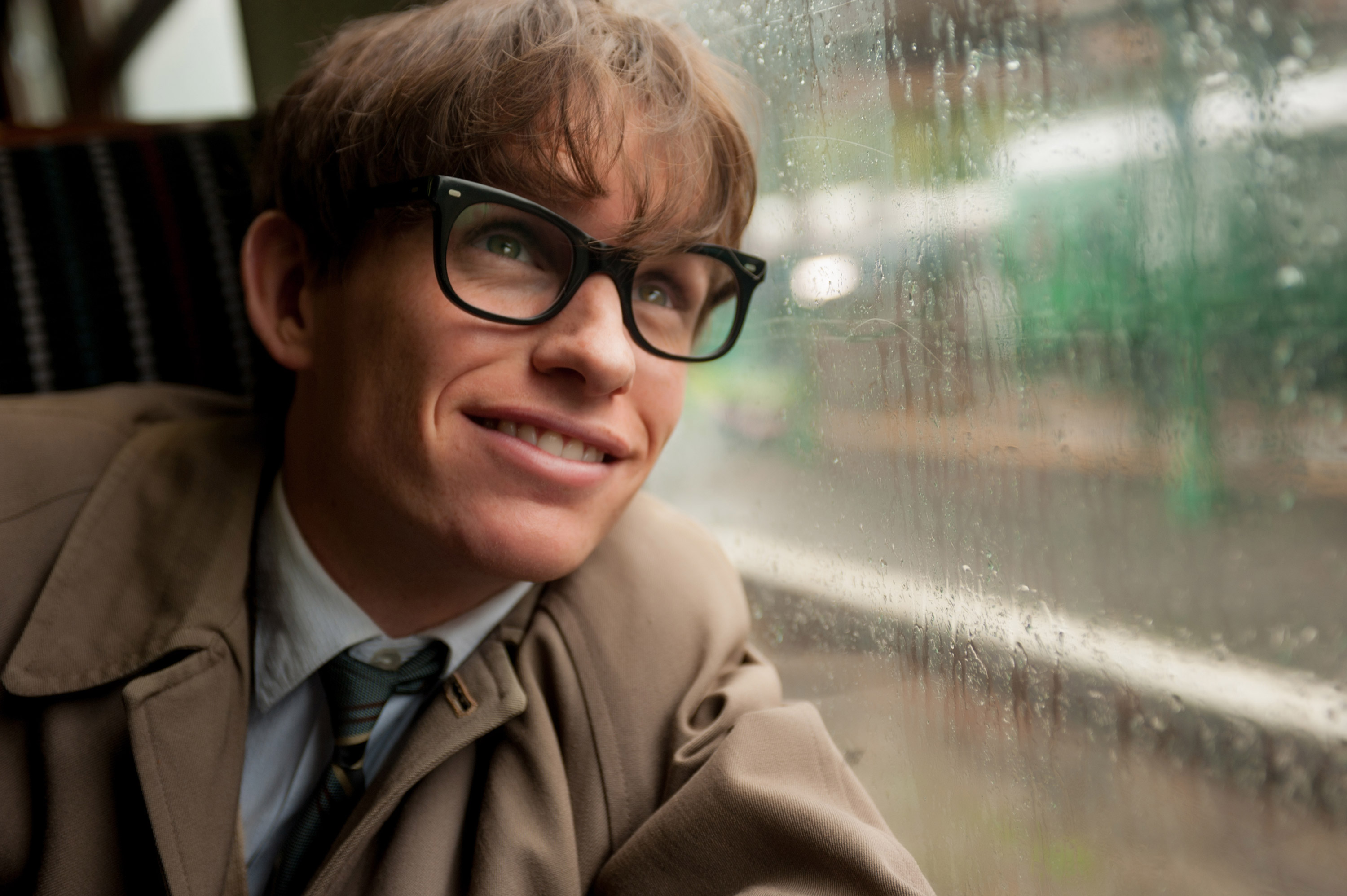 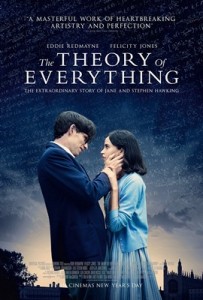 A remarkable mind. A sheer marvel within the scientific spectrum. A brief history of Stephen Hawking’s time on this Earth, would never fully justify the significance of the man and the strides he has made within a challenging field, he has so dearly appreciated. It’s perhaps fitting then, that director James Marsh (Man On Wire/Pacific Nim) uses Jane Wilde Hawkins’ affectionate memoir ‘Travelling To Infinity: My Life With Stephen’ as the base to explore the beauty behind the brains and poignantly depict the ‘beast’ Stephen has fought so valiantly against.

Cambridge University in the swinging Sixties. A prestigious educational attraction for the bright to truly shine. The slight frame and shy sensibilities of Hawking (Eddie Redmayne) at age 21 our first impression, for all his aspirations not quite possessing a real drive to succeed under the watchful, intelligible eye of David Thewlis’ physicist Dennis Sciama.

Yet it’s a rather romantic attraction that initially brings out the best in Stephen, in the charming well-to-do form of Jane Wilde played by Felicity Jones (Like Crazy). Impressed by his knowledge rather than his dancing ability, nothing can quite prepare the couple for the intense battle they burden on their young shoulders. Stephen’s life goals are cruelly threatened as he’s given a mere two years to live after being diagnosed with motor-neurone disease, a condition affecting the cells that control voluntary muscle activity. However, the deterioration of his own body function only seems to fuel the audacious body of work he is now highly regarded for..

Its inevitable component of science played safe yet sound considering its chosen subject matter, ‘The Theory of Everything’s focus is predominantly on its dissection of a marriage under exceptional strain, gradually subverting the early wondrous quality of Stephen and Jane’s relationship captured through Marsh’s delicate direction and cinematographer Benoit Delhomme’s exquisite craft.

With its trajectory conventional as so often the case with biopics, the film does sporadically slip into drab run-of-the-mill TV movie territory awaiting the next crucial narrative obstacle, as its aesthetic (colourful well-intentioned Super 8 home videos) redundantly albeit occasionally over-compensates.

For such flaws, it’s the stellar performances that truly elevate ‘The Theory Of Everything’ beyond such average trappings. The physical transformation of Eddie Redmayne here is simply astounding, fully committing to playing Hawking with a resilient wit and sheer force of will that is heart-breaking to see unfold. Brilliantly breaking down the female stereotype of such fare, Felicity Jones’ instils a steely determination and a sympathetic complexity to her portrayal of Jane Wilde, gradually growing in stature as the film progresses.

An incredible figure so often confined. Yet at its end, ‘The Theory Of Everything’ deserves to stands tall. A terrific biopic that will simultaneously draw tears and inspiration from its respective audiences.

The Angriest Man In Brooklyn