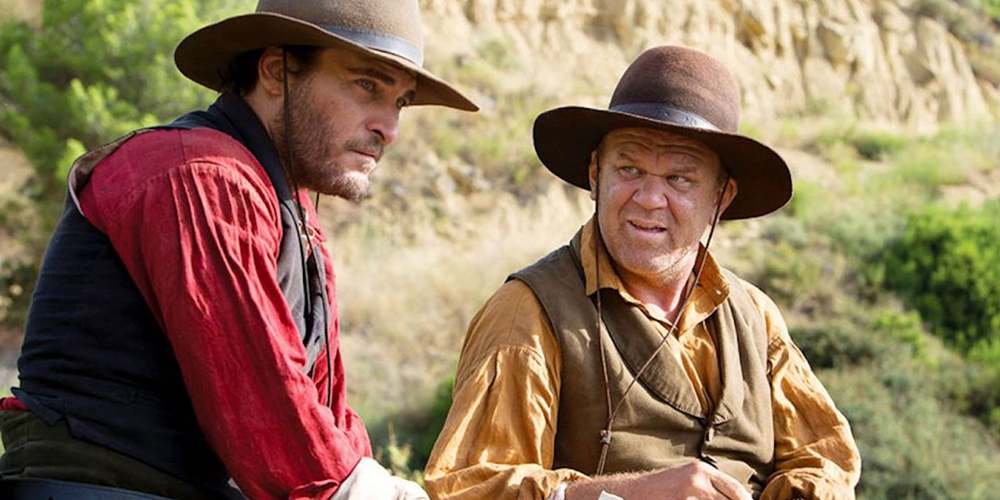 We’ve had mobsters in therapy, and, in Jacques Audiard’s western, it’s the turn of cowboys to indulge in some soul searching.

Oregon -1851 at the height of the Gold Rush. Two brothers by the name of Sisters, Eli (John C Reilly playing against type in a leading man role that could see him being pushed in the supporting actor category for potential awards) and Charlie (Joaquín Phoenix in an unusually loquacious role) are paid hit men working for an unseen, mysterious Commodore. The film starts with a murderous shootout in the dark of night and the body count doesn’t let up throughout the next two hours. But it’s not the killing that is the real focus of Audiard’s first English language film. It’s the men who carry them out. It’s the loyalty, the rough but deep brotherly love, the secret hopes and dreams , the hidden softness of the seemingly ruthless assassins that is at the heart of the story. Between shootings the pair bicker like an old married couple, safe in the knowledge that the other won’t ever leave.

It’s through these moments, not the violence that we learn something of them. How alcohol has been passed to Phoenix down the bloodline from their father, how the hardships of childhood and youthful experiences have shaped them.

The sibling relationship and the pair’s mettle is tested when they take on a job to kill a man called Hermann Kemit Warm (Riz Ahmed who once betrayed the Commodore. From this point the story becomes one of two couples. The Sisters brothers and Ahmed and Jake Gyllenhaal, Morris, a bounty hunter who is hired by the brothers to deliver Warm to them.

However, Warm has an ace up his sleeve that will stop him being killed by the other three. He has invented a formula that makes gold visible in water and he’s prepared to go into business with his would be killers. From then on it’s a case of who can you trust? The potential for each of the four characters to cross and double cross the others is ever present and this brings an edginess to the tale that hangs as heavy as the men’s guns in their ever ready holsters.

Reminiscent at times of The Revenant in the way the harsher elements of nature demand equal billing with the human stars, this is the Wild West as brutal and unforgiving. The characters, however don’t always fit the landscape. There is a dreamy yearning in Reilly’s journey and a longing in Phoenix that belong to less harsh terrain. Or perhaps in those moments Audiard is contrasting the men with their surroundings. At times too he plays directly with comedy which again seems out of tune with the brutality of the life of the two brothers. However, Reilly discovering the joys of a toothbrush is a delight and a scene involving a creepy crawly and an open mouth brings the laughs.

The Sisters Brothers is a perfectly enjoyable film but it never delivers the killer punch the talent involved promises. It’s hard to see what drew Phoenix to either the script or his character. Gyllenhall is solid as ever but largely wasted in an unmemorable role. Perhaps both men just wanted to play cowboys which is a good enough reason to sign up for a Western but any other attractions are not immediately obvious on screen. It’s essentially Reilly’s film and he makes the most of it delivering a charming, likeable performance that could see him as this year’s Sam Rockwell come awards season, especially if he also delivers in Stan and Ollie.