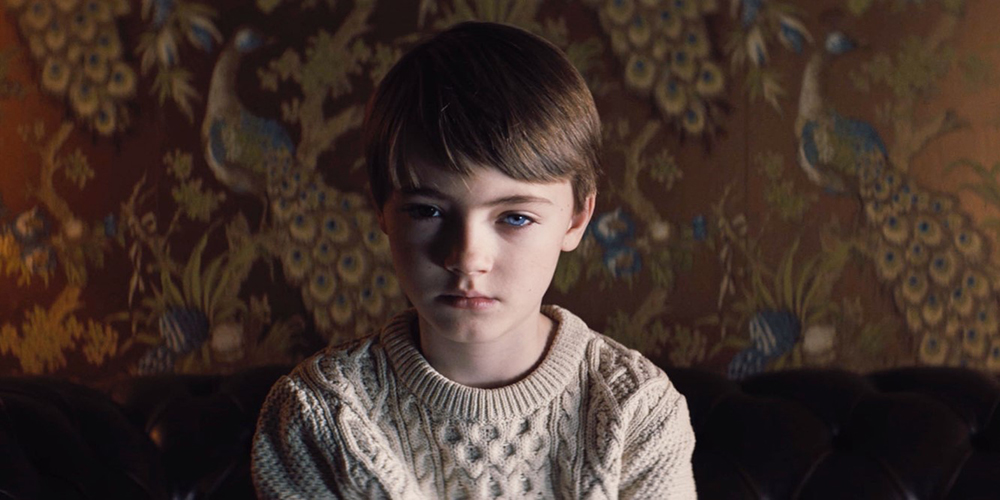 If Orphan was your defacto favourite comedy of 2009 (it was mine, I admit), then strap yourself in for The Prodigy – a no-frills cheap-and-cheerful studio horror flick with every illusion going as to just what you can and can’t skirt by on with a straight face. Best described as Child’s Play with an actual child, The Prodigy’s a bevvy of missed opportunities for the horror market today, content only with snatching up only the lowest hanging fruit of its own concept and wearing the straightest, most serious face it can as it does.

Said face largely takes the form of Taylor Schilling’s, as a relatively nondescript (as indeed is more or less everything in the film) suburban mom discovers her genius-level eight year-old son is in fact sharing his body with the soul of a murdered serial killer. Notice the terms “genius-level” and “serial killer” are in that pitch, despite there being literally no connection between the two in The Prodigy itself – a mere single distillation of the sort of missed opportunities presented by an otherwise astonishingly humorous horror romp. 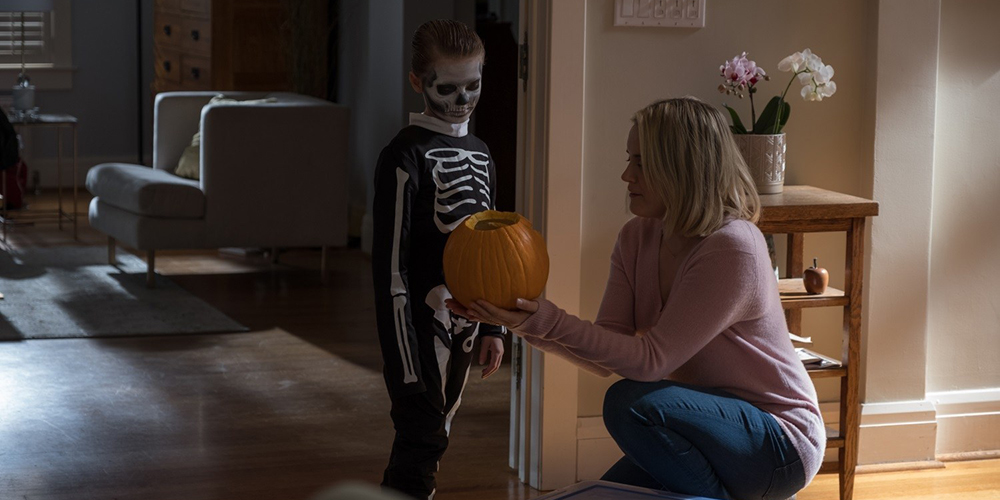 Yes, The Prodigy would like to be a homunculus comprised of equal parts Omen, Child’s Play, Rosemary’s Baby, and The Good Son, but it never properly gets off the starting block thanks to the staggering weight of its own pomposity. A dash of self-awareness and a hint of irony can go a long way, and, in the case of The Prodigy, could well have turned a movie we only really saw a fortnight ago in the UK with The Hole in the Ground into something genuinely compelling, settling instead for something akin to the horror genre’s own personal Geostorm.

Schilling, generally everyone’s least favourite element of a TV show she’s the headline star of, manages to be passable at best, her investment here largely in off-camera middle-distance gazes no matter what horror is being presented before her. Credit where it’s due, however, young actor Jackson Robert Scott (best known to audiences as the recipient of IT’s rather memorable opening sequence) manages a legitimate creep factor as the young possessee, even if his switch between light and dark does verge on comically paradoxical on occasion.

No matter how hard you try though, you can’t get past that so-bad-you-have-to-laugh factor, and it’s here that The Prodigy genuinely shines – for all the wrong reasons, but it shines nonetheless. Respectable dramatic actors are asked to spout genuinely humorous dialogue with absolute sincerity, the concept is laid out with all the subtlety and depth of the average Super Bowl blimp, and if there’s a single plot point in this that you can’t see coming from the literal opening five minutes, you may actually be cinematically illiterate enough to enjoy an exercise so mystifyingly old hat it’s usually worn atop a wax dummy. All of which at least makes it good for a laugh, though nothing else.