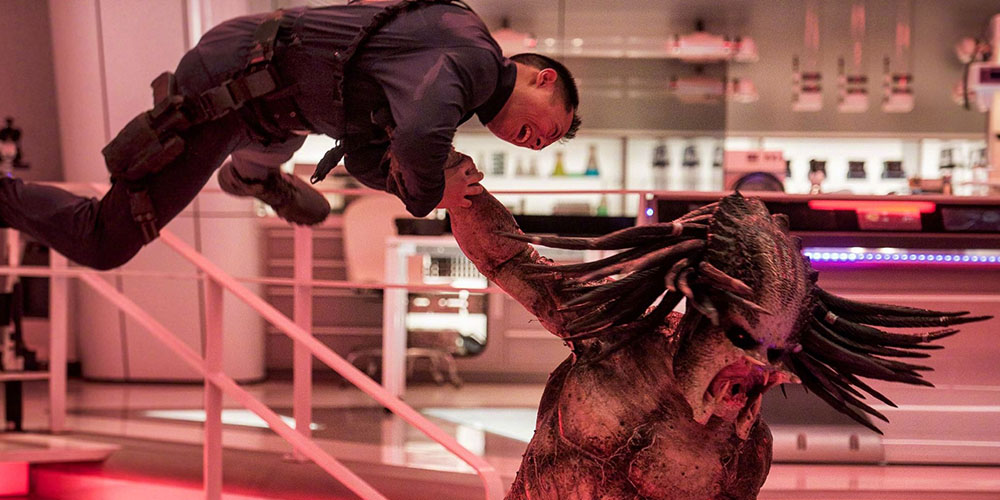 Since the Dark Horse heyday of the 1990s saw the Alien and Predator franchises explode into fanboy consciousness (and, for better or worse, begin to form their own shared universe), there’s been a firm emphasis in both franchises to dig well and truly into the mythos of what makes each series’ central creatures tick. It’s a logic enough question to ask, objectively speaking, who wouldn’t want to know? Yet, as anyone who sat through Alien vs. Predator, Alien vs. Predator: Requiem, Prometheus, and Alien: Covenant can now absolutely attest – it’s not that you wouldn’t want to know, it’s that you shouldn’t.

Shane Black’s The Predator (because this lazy naming convention really does not want to die) continues to make this point, but does so in a begrudgingly different way – this time it’s not giving us the needless backstory of a culture that doesn’t need any to begin with, instead it’s giving us needless insight into the law-enforcement aspects of that culture and what their (suddenly generated) masterplan for the human race might involve. A plan (and eye-rolling sequel set-up) Roland Emmerich might want to have a chat with someone about at some point.

Brimming with all the charming bluster of the action-man’s Ryan Gosling, Logan’s Boyd Holbrook is our roguish lead – a PSTD-ridden special ops sniper whose first contact with a downed fugitive Predator sees him railroaded by his superiors and shipped off to the funny farm. It’s on the way to that funny farm that Holbrook is introduced to the most quintessentially Shane Black crop of action characters ever assembled – each literally introduced with such defining outlines as “he tells jokes” and “he blows s**t up” – an encounter which proves fortunate when their bus wanders haplessly into the path of a new “upgrade” Predator, having arrived to lay waste to the Earth in pursuit of his prey. 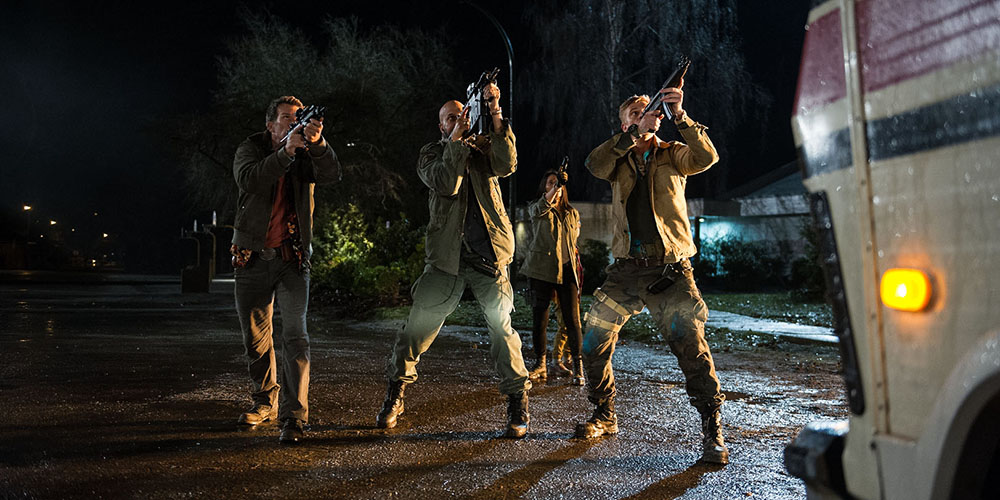 Though subject to release date changes – and subsequent reshoots – over the course of the past year, the long-awaited arrival of The Predator arrives with unfortunate timing as regards behind-the-scene controversy focused entirely on casting. While that’s undeniably a shady tale – and legitimate questions can and should be asked of precisely what may have taken place for that to transpire – even die-hard fans of the franchise willing to make peace with that will be aghast at just what a train wreck The Predator can be at times. Hacked and slashed with all the subtlety of its title character, the film introduces elements on a dime, drops others when its bored, renders its own action sequences pretty incoherent, and yet still stops to include several unfathomably long Judd Apatow-level sequences of intentionally awkward humour.

To be fair, Black’s one of the masters of morbid macho humour, and he’s got a more than capable cast to play with. His stumbling here comes largely in restraint, of which The Predator displays none. With obviously excessive trimming having neutered the larger scale of his action sequences and butchering the plot to the extent of making “why is Olivia Mann naked in this fleeting Alien 3 homage for no reason?” a question you’re not particularly bothered about hearing the answer to. It’s the first Predator movie to begin to explore the idea of the series’ own real-world continuity – with Black even getting Jake Busey to show up as the son of his dad’s Predator 2 character – but what feels like a mad-dash to hack this thing to the finish line sucks all the joy out of that too. There are fleeting moments in which The Predator boasts some of the most iconic shots of the series to date, but more than a little dash of editorial ADHD quickly ensures you won’t to get to drink them in.

The Shane Black fans of the world (of which this reviewer will proudly hold his hand up) will find the usual gems needed for a good time strewn amongst the rubble – it’s absolutely possible to just enjoy The Predator as a good n’ gory throwback sci-fi actioner, Black even adopts some of John McTiernan’s directorial style to fully recapture the atmosphere at times. On an academic level, however, The Predator is an absolute disaster. Creatively compromised – though noticeably after the fact, there’s enough raw material here to paint a pretty solid portrait of what’s gone on – this erstwhile rebootquel screams of the sort of material David Hughes would mine for another volume of The Greatest Sci-Fi Movies Never Made. It boasts the worst visual FX of both the Alien and Predator franchises, trims absolutely all the wrong aspects of its own story, and marks the greatest creative failure in the career of a bonafide one-of-a-kind creative voice.

The Predator is the worst movie to ever feature a Predator.

But it’s still more enjoyable than Alien vs. Predator: Requiem.