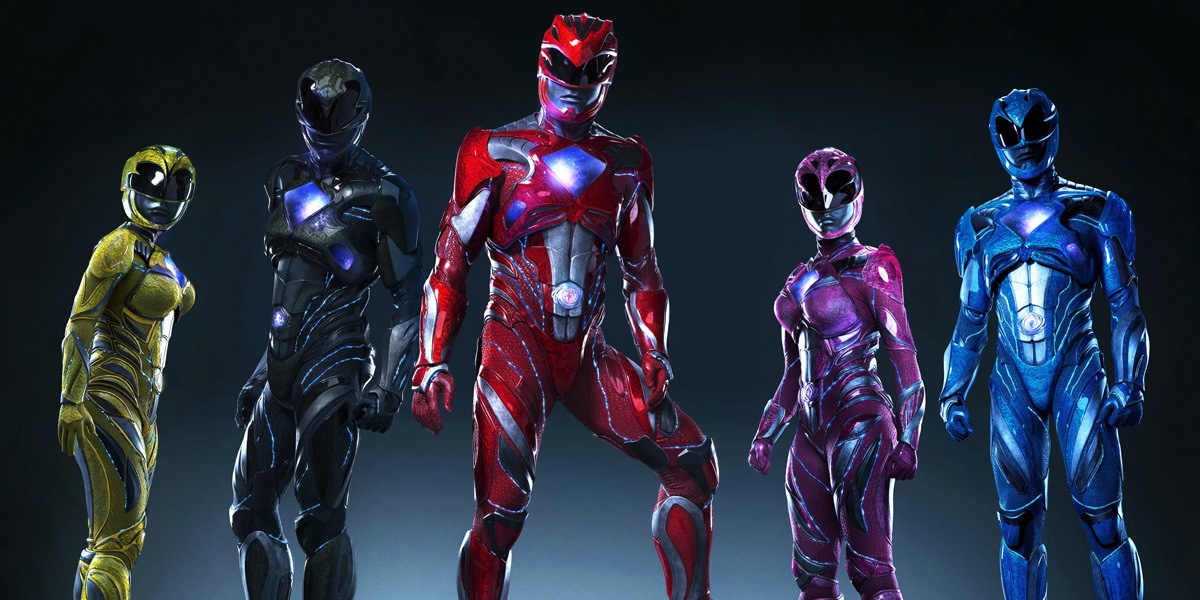 Since Lionsgate announced a big screen reboot of the Mighty Morphin’ Power Rangers, not only did they rocket in the esteem of every 90s kid, but they cemented their status as one of the most daring ‘indiewood’ studios out there.

We are less than a year away from seeing the fruits of their labor, and still little is known about the film. However, the main cast are confirmed, the release date is confirmed and recently the brand new suits were revealed, so here is everything you need to know about the Power Rangers movie before you need to know.

What is a Power Ranger?

If you were neither a 90s kid nor the parent of one, this whole fad may have slipped by unnoticed, but for several years there was nothing hotter at Christmas than the latest Megazord or Zordon toy with voice altering radio. Those were the days.

The power rangers are a group of five bad ass teenagers who are given powers to transform into crime fighting superheroes that inexplicably emit sparks whenever they’re punched. Let’s hope the new movie is bold enough to show blood. In every episode they would confront a minion of their arch-nemesis Rita Repulsa (and later Lord Zedd but that’s the sequel), and inevitably on the brink of defeat this minion would be enlarged, forcing the rangers to call on their mechanical monster machines and form the Megazord.

The movie is based on the first season and the five original rangers, as well as Rita Repulsa, though no other recognisable villains have been announced as yet.

The most notable cast member is Elizabeth Banks, star of The Hunger Games and director of Pitch Perfect. She will reinvent the role of Rita Repulsa, and we must say this is a very cunning choice. She has the crazy glint in her eye and the look to match, so this will be very exciting to see, providing they don’t go too camp. It does suggest they are sticking very true to the original concept, but selling it to a more adult and new audience will pose a considerable challenge.

As for the cast, the five rangers have now been announced, with no big stars, though some will recognise RJ Cyler from Me and Earl and the Dying Girl.

For those who don’t know, your new Power Rangers are:

Recently Entertainment Weekly had the enviable scoop of presenting our first glimpse at the new power ranger suits. With an expected modernisation from the old 90s lycra garb, these are more sleek, more futuristic and more in line with our modern day superhero conventions.

In the article, director Dean Israelite said “the show was about kids coming of age, about metamorphosis. These suits needed to feel like they were catalyzed by these kids and their energy, their spirit.” Look left – what do you think?

Currently the movie is slated for March 24th in the UK and US, and thereabouts for everywhere else, though few countries have had confirmed dates as of writing this.

It is a time of year often reserved for big superhero releases, so Lionsgate must feel quietly confident about pulling in the fans, or it may just be deeply pessimistic enough to schedule it for the post-Oscar lull. Whatever the reason, this is when we’ll get to see it.

What are your thoughts on the Power Rangers reboot? Comment below and tell us what you know, if you’re excited and why you will or won’t be watching!

Related Topics:FeatureFilmNewsPower Rangers
Up Next

Films Made For Under A Million