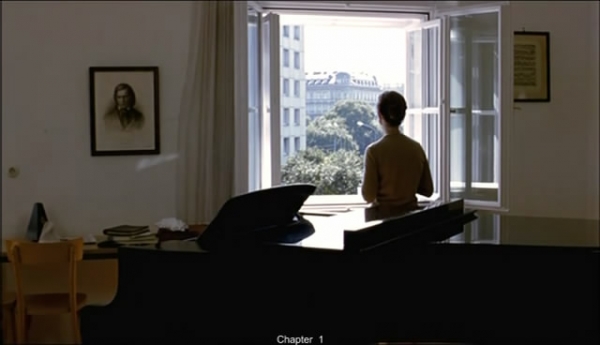 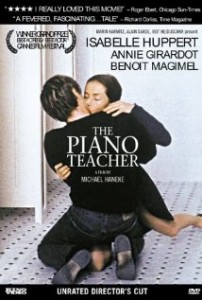 Speechless. Utterly and completely speechless. I think we all want to have this feeling at the end of the film. We want stories to shock and rock our world to the core and make us question ourselves and everything we just sat through and yet few movies are able to achieve this feat. Well to give cinema a fair fight it is pretty hard to do this. In the past two or three fews I can only think of a few films that actually felt like a punch in the stomach at the end, films like Inception, Incendies, and Kill List. Look at that list though, even though its not a comprehensive list of what I am discussing it shows the power that affect has on film goers. Those three films have been some of the biggest critical successes of the past few years. What does it take to have that great gut punch and leave jaws on the floor? Well for one you need deep, thoughtful characters that feel real and that the audience wants to root for or at least sympathize for. Next you need a well crafted story with a great pull the rug from under your feet moment that is the least thing anyone would have suspected. So when a film comes around with the gut punch it is a wonderful experience especially when you are least expecting it. It makes me think “this must’ve been what it felt like when Darth Vadar said I am your Father for the first time”. So why am I talking about the drop your jaw moments? Well I want to talk about one of my favorite filmmakers Michael Haneke who time and time again dominates the visual storytelling medium unlike any other filmmaker. He is brutal, honest, thought provoking, brave, but most of all he is raw. He takes life as we know it, especially the parts of life we are afraid to face in the mirror, and shoves it in our face and says “Deal with it”. His films stick with you for days and you become obsessed with them and over analyze them. Or maybe thats just me. Either way there is no debate on his pure genius and skill. I say I love filmmakers but I exhalt Michael Haneke.

The Piano Teacher follows Erika Kohut (Isabelle Huppert), who is surprisingly a piano teacher, licing a trapped life with her overbearing and obsessive mother. Her students frustrate her and resembles all of your most strict teachers combined into one. Rarely smiling or even showing signs of life, we soon learn that there is more than meets the eye when it comes to Erika. That is when Walter (Benoît Magimel) comes into her life, a prodigy student who wants to be taken under her wing, and makes it very evident that he has romantic intentions for her. As he continuously forces himself into her life, she slowly but surely lets him in. We discover Erika’s dark, deep secrets and how Walter reacts to them leading them into a dark rabbit hole together.

Based on a novel of the same name by Elfriede Jelinek, Haneke wrote and directed this film released in 2001. While it is an adaptation this film is right up his alley of work and shows off all of his spectacular abilities in its 131 minute run time. What Haneke shows here in The Piano Teacher as he does in all of his film is his mastery of visual story telling. While he is not the only director who has mastered it, I don’t see any other directors who consistently let visuals tell us more about his characters and his story more than their words and actions. The overhead shot of hands playing the piano is a great example from the movie as each shot tells us about each character and tells us more about them than any words they could say. The shot of the white letter sitting on the piano as Walter plays holds so much weight and depth to it and no words are needed to do that. His use of long takes are powerfully enriching and his use of framing, camera movement, and editing are on a fantastic level that drive this film. Its a film that slowly grasps you by the neck and in the last 30 minutes drag you down into the rabbit hole with it. Though what makes Haneke’s craft addicting to me is how raw his films feel. Everything feels organic from the music that actually comes from the instruments themselves or the real life noises of people or cars outside. It doesn’t feel like a movie that was written, shot, produced, and printed on film. It feels like real life that we are able to look inside to and see for our own eyes. It allows a connection between the audience and its world that many films try to achieve but fail. In my opinion he is trying to take away the barriers that keep us separated from films that are obviously seen in movies like Transformers and is instead inviting us into his world. Haneke is always trying to challenge his audience, make them question themselves throughout the film, and his shooting style makes this possible.

Besides the film being another classic showing of the power Haneke has behind the camera, the film also has a fantastic performance by Erika Kohut as Isabelle. Kohut proved some great range in this role as starting out as a isolated, cold, heartless woman but then halfway through goes through some big dramatic changes that really pulled at the heart strings for me. She was able to sow true suffering on film and I am not talk about the abuse scenes. She shows such vulnerability when Walter reads the letter aloud that I felt like she was bearing her soul out to me personally. While the rest of the case does a superb job as well, a big shout out to Benoît Magimel by pulling out the Walter role with such genuity and power, Kohut is still the reason along with Haneke to see the film.

So I know you probably want me to talk about that gut punch at the end of the film but I rather save that for people who have seen it so make sure you see the movie before reading this. What I loved about the ending is that it was a great example of what Haneke loves to do with his movies. He knows and understands the basic rules of cinema and then gives them the middle finger. We see this method constantly in Funny Games and Cache, Haneke wants to deconstruct cinema throughout his work and let his audience put it back together. As we go into the last act we totally think we have a grasp on what is going to happen, we think we know how these characters will play out, and yet at the end our world is rocked. Plus in ultimate Haneke fashion it ends before we even have anytime to recuperate. This film is a fantastic masterpiece from Haneke as expected and I would highly suggest it to cinephiles everywhere. I must say I really enjoyed the theme of regretting what you wanted that affects both of the main characters, it makes us reflect on the things we say we want in life and question if we actually want them.