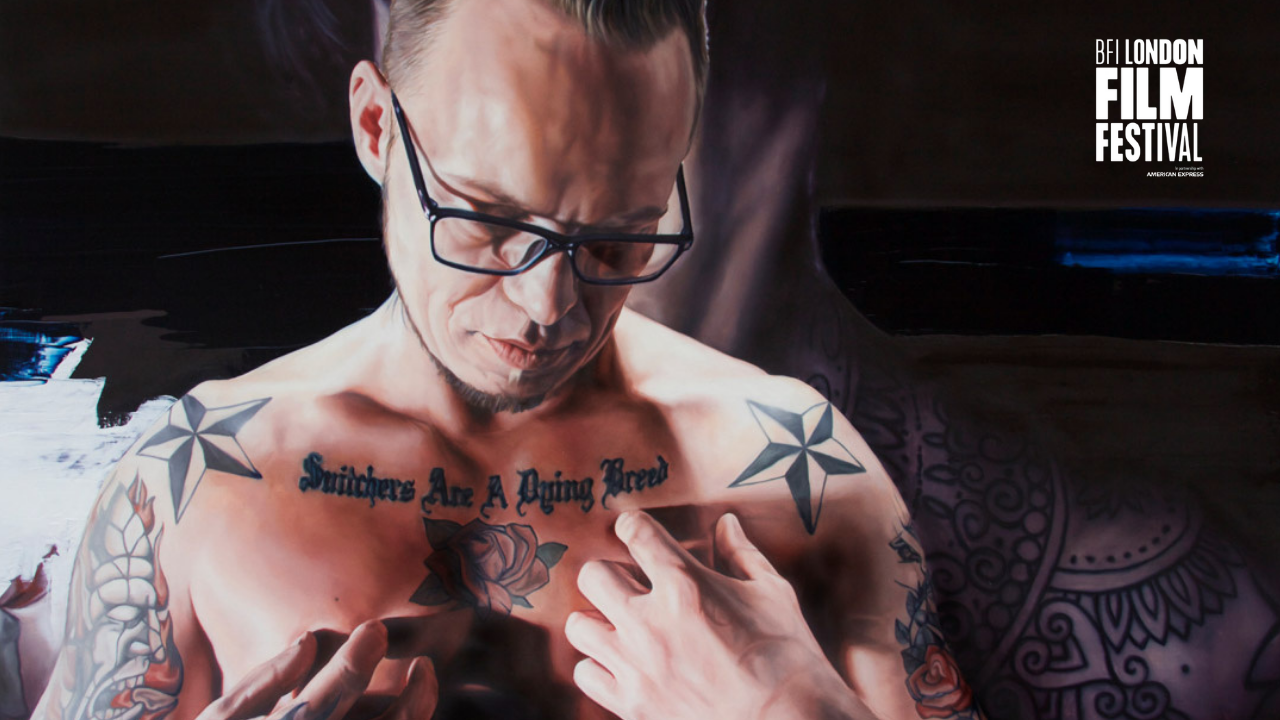 With a story that seems cut straight from one of Hollywood’s finest fictions and an underlying honesty and humility that can only come from real life, Benjamin Ree’s LFF Best Documentary award-winning The Painter and the Thief is an often quite extraordinary documentary feature.

In April 2015, two of young Czech artist Barbora Kysilkova‘s most valuable paintings were stolen from the Galieri Nobel in Oslo. Rather than responding with anger or a desire for vengeance, Kysilkova instead simply requested that the first identified thief, former teacher turned career criminal Karl-Bertil Nordland, would sit for her to be painted. As he had taken from her, she asked only for him to give something in return, a payment in time and perspective rather than in incarceration and anonymity.

As Barbora and Bertil spend time together, they come to know each other as people, to observe each other as more than their designations of ‘Painter’ and ‘Thief’. Bertil sees Barbora’s traumas laid bare before him in her dark yet beautiful paintings, whilst Barbora sees a man who exists in shadow for having been burned one too many times in the light. Their meeting feels like divine intervention, something not lost on Barbora when she notes Bertil’s crucifixion-like holes in his hands following a car crash. Barbora is particularly obsessed with the human hand, of the destruction it can wreak and the joy and meaning it can create – throughout Ree’s film we see her hands compose masterpieces in oil, just as we see Bertil’s turn from clutching at that which is not his own and then holding onto that which he earns and keeps dear.

Throughout their time together, we are given a broad examination of the process and motivations of an artist, and of the power of forgiveness and the possibilities of redemption for those who have deemed themselves beyond recovery. It is almost overwhelming to see Bertil’s reactions to Barbora’s paintings, to see the profound impact one’s selflessness can have on another, especially one whom many would be forgiven for casting out and turning away from. In taking the time to understand and exercise empathy though, the most beautiful of distillations of the human spirit is achieved by Ree and his subjects.

Though there are some technical foibles with regards to pacing and the control of the viewer’s perspective as we transition between Bertil and Barbora’s converging worlds, the story’s very existence is something singular and remarkable, which makes Ree’s generous and appreciative documenting of that on film a gift for which we should, especially in such troubling times, be immensely grateful.

Sometimes the truth is far stranger than fiction, and that is certainly the case here. By the time Ree pulls out and lingers on the final composition Barbora has been working on over the film’s duration, a revelation about what we take from and give to one another is made that is so gentle it is alike being woken from a dream. This is just beautiful, beautiful filmmaking.