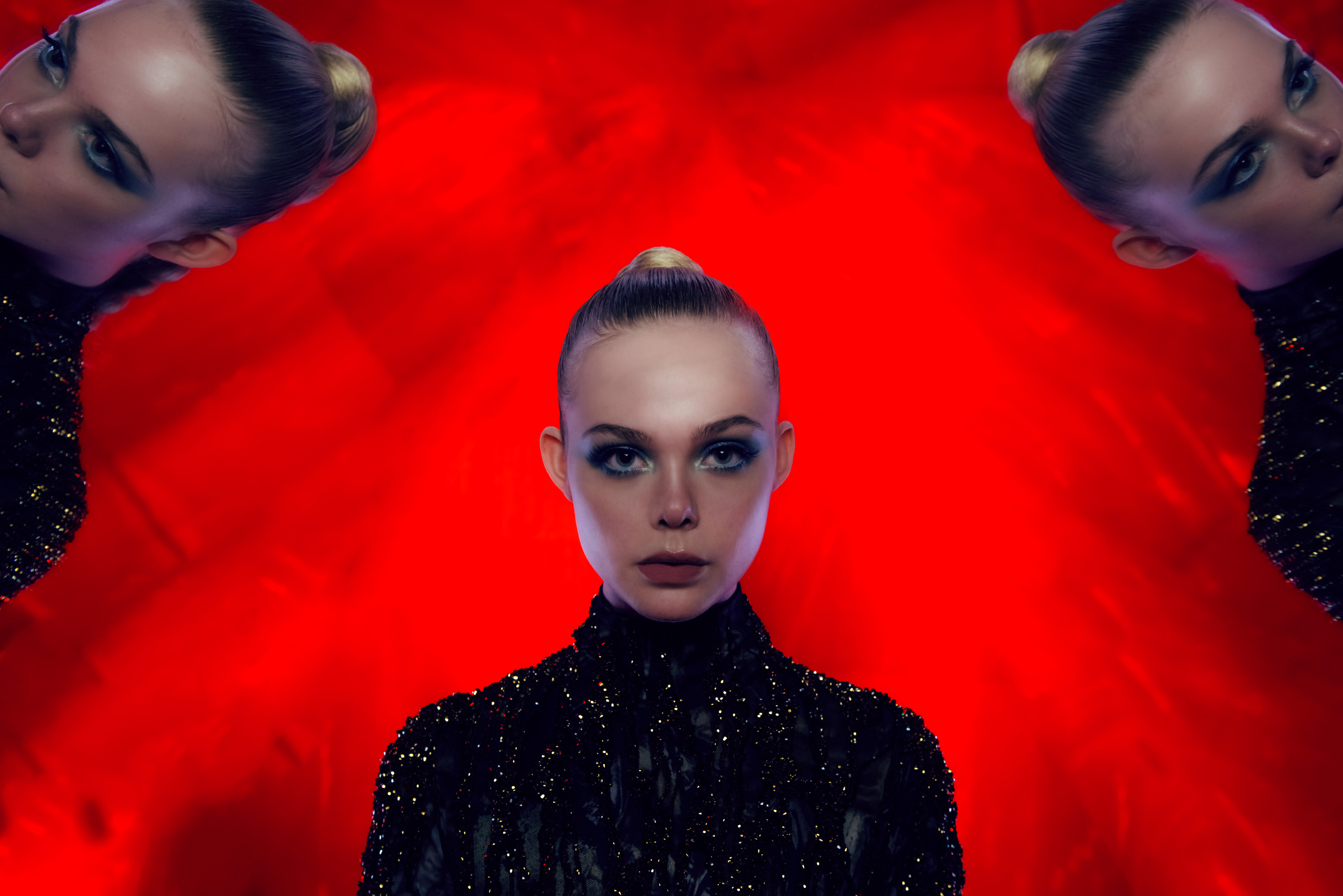 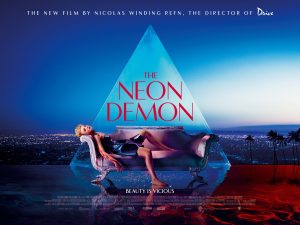 A chorus of boos and a standing ovation.  It’s not uncommon at Cannes and at the receiving end of that double edged sword this year was Nicolas Winding Refn’s “The Neon Demon”, a film that brought with it equal measures of expectation and excitement.  And it’s done exactly the same with its opening in the UK.

NWR – he seems to favour initials only at the moment, judging from the opening and closing credits – probably wouldn’t have it any other way.  And it’s certainly turning into something of a Marmite movie, not just one that divides the critics but one that also provokes mixed reactions.

The plot, such as it is, follows teenager Jessie (Elle Fanning) as she embarks on a modelling career in Los Angeles.  With youth and beauty on her side, and an appealing innocence about her, she’s bound to succeed.  But it comes at a price, one that involves being surrounded by predators, human and otherwise, all of whom want a piece of her.  If not more.

This is a film that’s almost impossible to categorise.  There’s tension and suspense, mainly surrounding Keanu Reeves’ sleazily sinister motel owner.  There’s grotesque, bloody horror in the latter stages – what’s a bit of cannibalism between friends? – and there are some sequences that are nothing short of just batshit crazy.  Which is one of the reasons why it’s so mesmerizingly watchable: you wonder what on earth is coming next and, when it arrives, you can’t quite believe what you’re seeing.

That’s not always because what’s on the screen is bonkers.  Because there is one aspect of the film that is spectacularly good and that’s the visuals, with some of the most wonderfully stylised and brilliantly choreographed images and entire scenes I’ve seen for some time.  NWR has called this film his “2001:A Space Odyssey” and I can only assume he’s referring to the number of scenes with pure white backdrops.  It not, then I don’t know what the heck he’s on about.  Whatever, I have to hand it to him: he knows how to make an astonishingly tasty feast for the eyes.

It’s probably just as well that the visuals are so off the chart, because the storyline is both familiar and slim, although not size zero.  Essentially, it’s a film about how beauty is a curse, how appearances count for everything, how it creates jealousy and how everybody wants a piece of that beauty, literally and metaphorically. At one point in the film, Fanning recalls how her mother told her that she was dangerous, but actually she got it slightly wrong.  It wasn’t her daughter’s character that was dangerous, it was her beauty, and that’s what puts her in peril.  And, as we see, the models are treated like objects by the photographers and designers they work for, ordered to do this and do that, so there’s more of a sniff of misogyny about their attitudes to women.   The film itself, however, manages to stay just on the right side of exploitation, or at least until the final quarter of an hour where it goes right over the top.  Frankly, the film could have done without this last section and it’s almost as if NWR was so absorbed in the project that he just couldn’t bear to let go.

The cast don’t really act: they spend a lot of time simply posing for the camera and playing types rather than people.  The jealous models afraid of being replaced by Fanning (Bella Heathcote, Abbey Lee) and the spurned would-be lover (Jena Malone).  Their facial expressions remain glacial for most of the time and the camera worships them.  While looking beautiful, especially in some extraordinary make-up, Fanning really isn’t any more attractive than the other models: she could wear a bin liner and still look gorgeous.  It’s that air of innocence that comes with her youth that also sets her apart.

Audaciously stunning one moment, uncomfortable the next, in turns frustrating and baffling, “The Neon Demon” is all those.  But it can never be accused of being boring.  It’s simply impossible to take your eyes off it.

The Legend of Tarzan