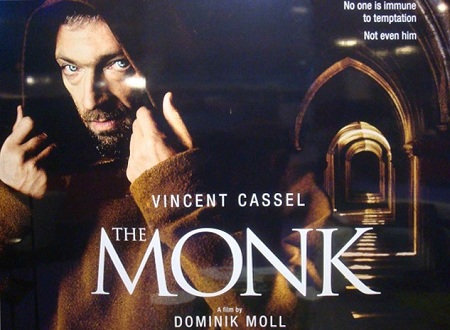 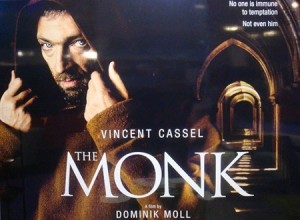 There is no guessing from the title of the film, The Monk, that it is going to revolve around the theme of religion. There have been many films that have broached the subject of religion in various sorts of ways. Not surprisingly, some of the best known works explore the Christian faith. Some are beautiful and poetic as in Pasolini’s The Gospel According to St. Matthew (1964), while others are educational like The Nativity Story (2006). Of course, a few are controversial enough to be banned in some countries such as Scorsese’s The Last Temptation of the Christ (1988).

The Monk stars Vincent Cassel as Capucin Ambrosio. He was brought up in a Spanish monastery and soon grew to be a respected preacher, drawing hundreds of faithful followers whenever he speaks. Known for his strict discipline and virtuous persona, Ambrosio feels he is impossible to be tempted into committing any sin, no matter how inconsequential it is. The film pits his resoluteness against an evil entity personified by a woman in disguise who seduces him into committing the sin of lust. It is only after the introduction of this character that The Monk sparks into some sort of life.

Moll’s film is shot with carefully composed images that are occasionally haunting. By infusing elements of Gothic horror, such as the use of shadows and the emphasis on religious symbols, the director has somewhat successfully created a suspenseful setting in which evil seems to lurk at every corner. Even though the film is rich in symbolism, it still centers its entire narrative on Ambrosio, who slowly gives in to temptation. The performance by Cassel is not particularly outstanding, but it remains serviceable. That can be said of the supporting cast as well.

The Monk mostly moves in first gear, sometimes testing our patience, but unlike Malick’s even slower-paced The Tree of Life (2011), it struggles to reward viewers by the time the film ends. There are some interesting stabs on the shifting dynamics between good and evil, pureness and sinfulness, but they seem to be merely obligatory rather than illuminating. The Monk has not been critically well-received, and it is not difficult to see why. To be harsh, it can be accused as a pretentious art-house feature. But I think it is a simple case of the filmmakers knowing what they want to do, but the final product leaves much to be desired.