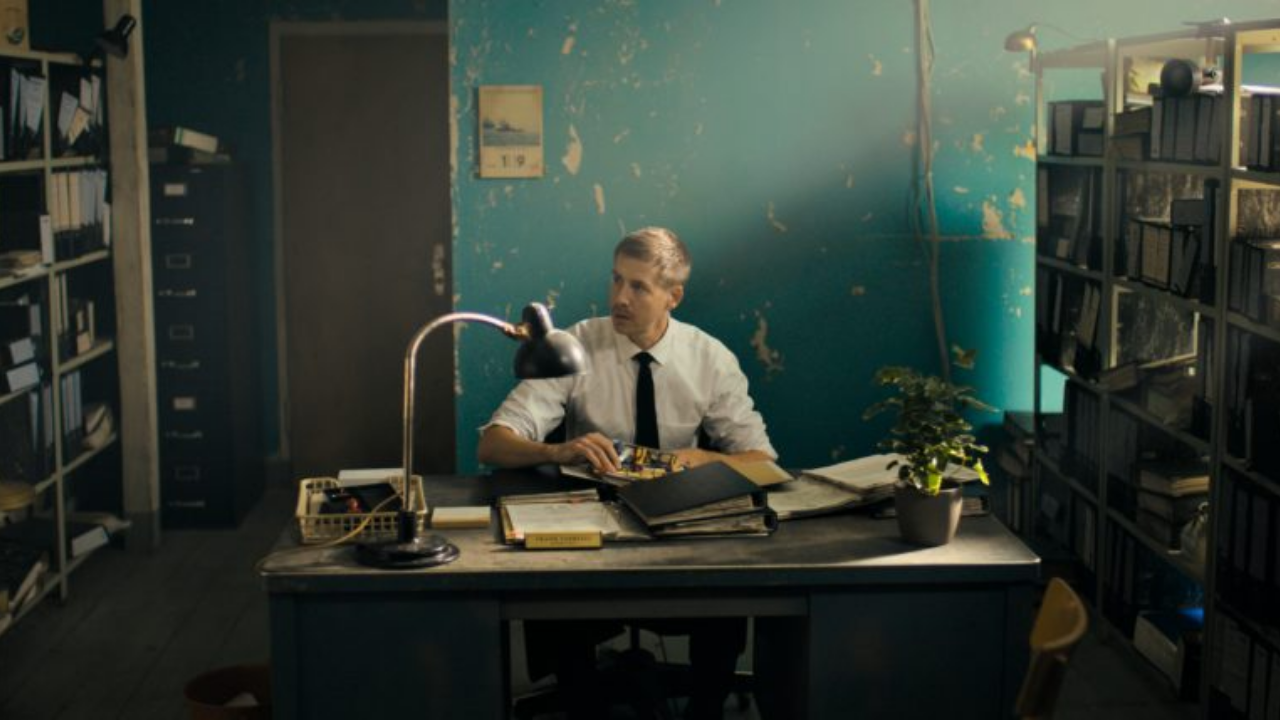 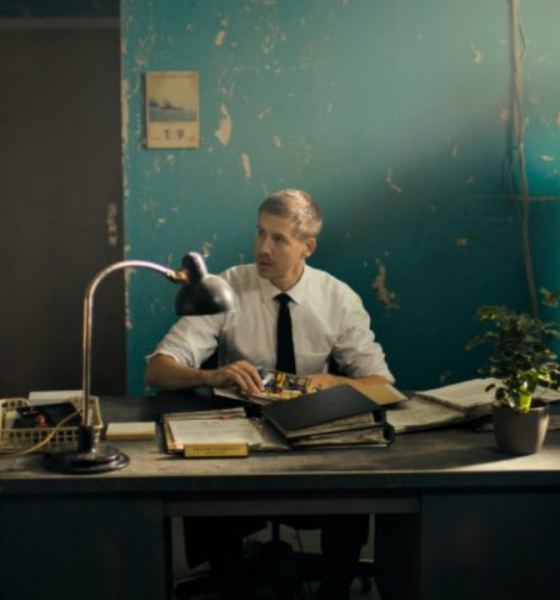 When the American town of Karmack is experiencing a growing number of accidents and deaths, the need to convey painful messages to the relatives becomes unavoidable. Frank Farrelli, unemployed after he lost his job at the railway station and now living with his mother, get hired as Karmack’s first official Middle Man, the town’s beacon of bad news.

Frank (Pål Sverre Hagen) seems perfect; he doesn’t cry, has a studied air of patience, he’s tall and official-looking in his new black suit. He takes on the job with gusto, although in such a small town, it’s hard to avoid becoming wrapped up in the job personally, especially when his best friend falls into a coma, and he soon becomes entangled deeper than he’d like.

Bent Hammer’s The Middle Man has all the early promise of a darkly comic exploration of a small-town Americana. We’ve seen it before, numerous times. It was a rust-belt town that used to have a lot going for it (Karmack had a cinema, now long since closed, and, you know, jobs and things.) The characters never leave; they are the community left behind, struggling to come to terms with the ghosts left behind. But The Middle Man is more than that, it has an edge. Despite trying its best to be American, it’s not. It’s unavoidably Norwegian.

It’s in its very DNA. I felt like I was watching a Scandi Noir (definitely no bad thing), albeit with the odd frayed American flag hanging limply from some of the sets. The blue-yellow palette casts a disturbing glow on every frame. The characters are less kooky in the Wes Anderson way and more disturbing. The fact that their ‘American’ accents vary widely and most are heavily accented with the actors’ own Norwegian lilt makes them even more mysterious and interesting. The accidents also become grimmer, more shocking, as the film travels on. It’s happy to take its time, mulling over the events of the day, often seeming static but never dull.

At one point early on, Frank talks in a metaphor, and no one gets it. He has to explain it. I wonder if the whole film is a metaphor that I didn’t quite get. But in a way, it doesn’t matter. I wanted to love this movie, and I kind of did. Is that enough? Sometimes it is. Sometimes it’s enough not quite to understand the why and what and still enjoy something.