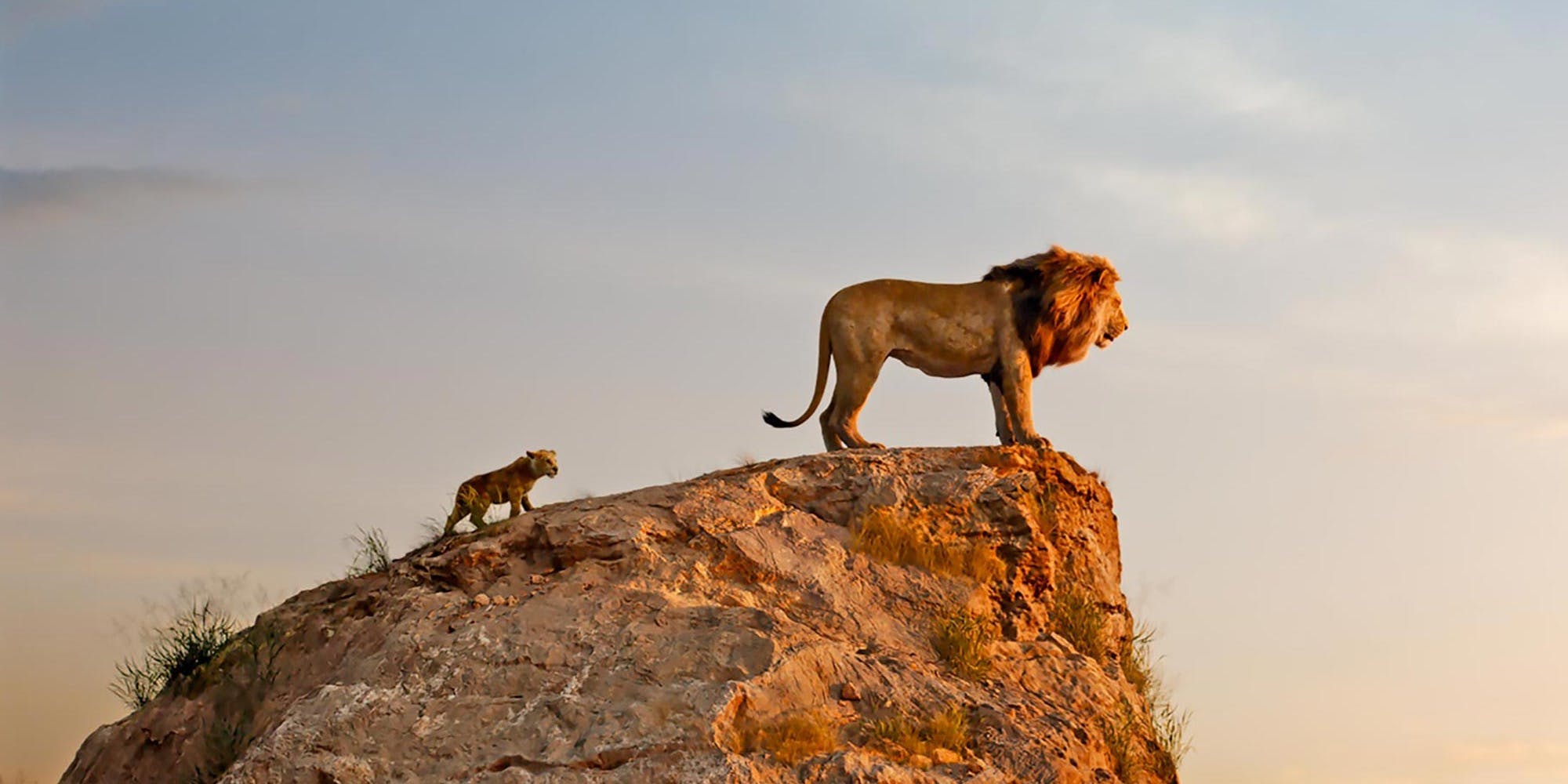 Just as it was with Beauty and the Beast, The Jungle Book and most recently Aladdin, the decision to rework Disney’s most-loved animations as ‘live-action’, or in this case ‘photo-real’ features, has been met with significant criticism. Yet the nostalgic draw of these films, coupled with the incredible visuals the studios are now capable of creating, means they are a huge box-office success.

The latest to receive this treatment is The Lion King, with Jon Favreau returning as director, having previously overseen 2016’s The Jungle Book. The challenge facing him on this occasion however, was how to improve on a double Oscar-winning film, that since it’s original release in 1994, has also inspired one of the most successful West-End and Broadway musicals of all time.

Whatever your reservations about these reimagining’s, it’s near-impossible to not feel attached to The Lion King from the moment that first ‘NAAAAAA’ of the ‘Circle of Life’ blasts over the sound system. Our return to Pride Rock is, in a sensory sense at least, more incredible than ever. The visuals are so breath-taking it’s frequently hard to r’emember that this isn’t a scene from a David Attenborough- narrated documentary about Africa.

Based on Shakespeare’s Hamlet, The Lion King follows a young lion prince Simba (JD McCrary/Donald Glover) and his journey of discovery and responsibility following the murder of his father Mufasa (James Earl Jones). As he grows and meets new friends along the way, Simba must learn what it means to be a king.

As with any Disney release it’s hard to remember that this is, first and foremost, a family film aimed at a younger audience. Sure the studio knows that a significant percentage of the audience will be those looking for a trip down memory lane, but the pure spectacle of the film is sure to transport any young child to a different world if they’re familiar with the original or not.

The impressive voice cast is there for the adults amongst the audience and Beyonce’s inclusion as a grown-up Nala means the incorporation of a new song ‘Spirit’ along with updated versions of the classics. The songs alongside Hans Zimmer’s new score provide a splendid soundtrack to match the visuals, while some of the newer songs flesh out the running time and

The film really finds its groove with the introduction of Seth Rogen’s Pumba and Billy Eichner’s Timon, making for a faster paced and arguably more enjoyable second half. Jeremy Iron’s replacement Chiwetel Ejiofor is another stand-out as Simba’s embittered uncle Scar, though his big number ‘Be Prepared’ was more muted than in the original.

The downside then of the photo-realism is the way the animals talk, lion’s mouths are not designed for speech and at times this does become a bit too apparent, especially during the longer dialogues.

The biggest thing to look out for in The Lion King 4DX is its 4DX ‘Magical Wild Riding’, designed to capture the African wildlife’s dynamic movements in the most exciting ways. The Pride Land and its wild animals, re-imaged in real life, have met with 4DX ‘Magical Wild Riding’ to give the audience from kids to whole family members, moviegoers of all ages – the majestic feeling of roaming the vast Savanna with the wildlife. Also, one of the film’s scenes in which Simba and Nala are chased by a pack of hyenas will also be one of the film’s 4DX highlights.

Breathtaking visuals, touching story that transcends the flow of time, classic songs by some of the best artists and 4DX have all come together to create what is one of Disney’s most spectacular shows to date.