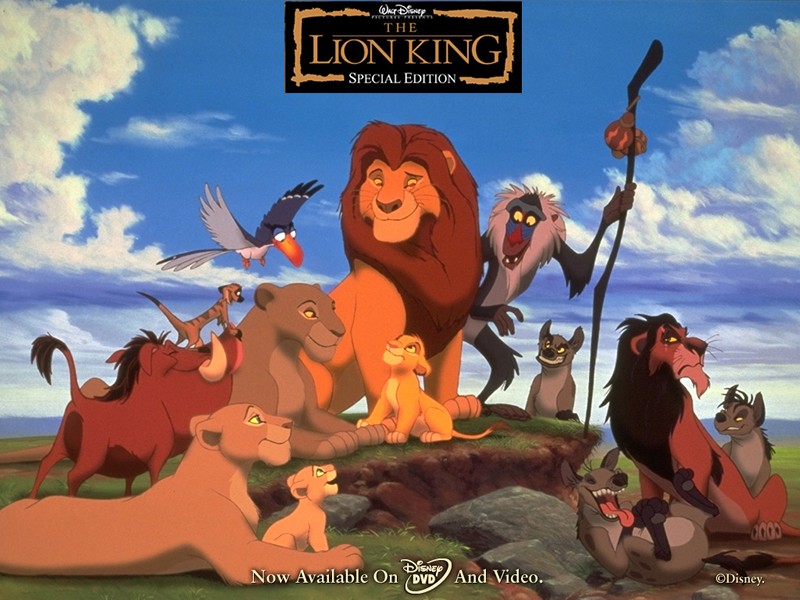 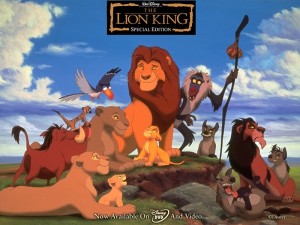 The Lion King recently became the first of the Disney animated classics to earn a cinematic re-release in 3D. While many were excited at the prospect of seeing such a memorable film on the big screen once more- the ‘3D Treatment’ it had been given could have served as a possible deterrent. So, many hoped the cleaned up, 3D re-release would do the film justice.

When it was released in 1994, it was an instant hit. Disney retained their formula of loveable characters, great soundtracks and voice acting to create another film that would be remembered for years, but what makes it so special?

Based loosely on Shakespeare’s Hamlet-The Lion King follows Simba (Matthew Broderick) a young cub born into royalty as the son of King Mufasa (James Earl-Jones). Simba learns the ways of a King, until he is tricked into believing he killed his father by a power hungry Uncle, Scar (Jeremy Irons). Simba flees, leaving the kingdom and its inhabitants in the hands of Scar and his Hyena allies.

As mentioned the plot follows Hamlet’s original family revenge story and while this is not a new concept in film, its delivery is unlike any other.

The visuals on display are exquisite; the 3D really accentuates the colours of the beautiful landscape surrounding Pride Rock, the area in which Simba grows up. The detailed animation, specifically on the anatomy of the animals such as the Zebras and Elephants, is so intricately designed and carefully crafted that each and every motion is captured fantastically. It seems Disney really hit the nail on the head when it came to the 3D, never in your face, but enough emphasis on key areas to make it worthwhile.

The Lion King boasts perhaps the most star-studded voice actors of all the Disney animations. Along with the aforementioned Matthew Broderick, James Earl Jones and Jeremy Irons, we hear Rowan Atkinson as Zazu.  Mufasa’s confidant, who offers several witty retorts in his constant over protective role. Whoopi Goldberg adds some flare as Shenzi, the leader of the Hyenas whom Scar uses in his attempts to become King. Not only are the voice actors great but the characters themselves had to be well written and perhaps the two stars of Lion King are Timon (Nathan Lane) and Pumba (Ernie Sabella).  These two teach Simba their ‘Hakuna Matata’ way of life. It means no worries… they accompany Simba as he grows from a cub into a young Lion brave enough to fight for what is rightfully his.

No Disney movie would be the same without a scintillating score. The Lion King throws out two or three of the most iconic Disney songs of all time. ‘Can You Feel The Love Tonight?’, ‘Circle Of Life’ and ‘Hakuna Matata’. All Oscar-worthy in their own right and the honour went to ‘Can You Feel The Love Tonight’. Hans Zimmer’s score also won ‘Best Original Score’ and as such proves the impact of the music on the film. The atmosphere is intoxicating throughout the film thanks to the subtle tones and powerful songs peppered throughout.

While dark in places, the elephant graveyard and the Nazi marching references in the song ‘Be Prepared’ the film never fails in its role as family film.  The 3D added an extra depth that was perhaps unexpected by most, but actually came off to great effect. The Lion King has stood the test of time and although it’s great to see it on the big screen once more, we must hope that Disney focus on new projects. Hopes are high following Tangled so in the meantime ‘Hakuna Matata’

The Lives Of Others