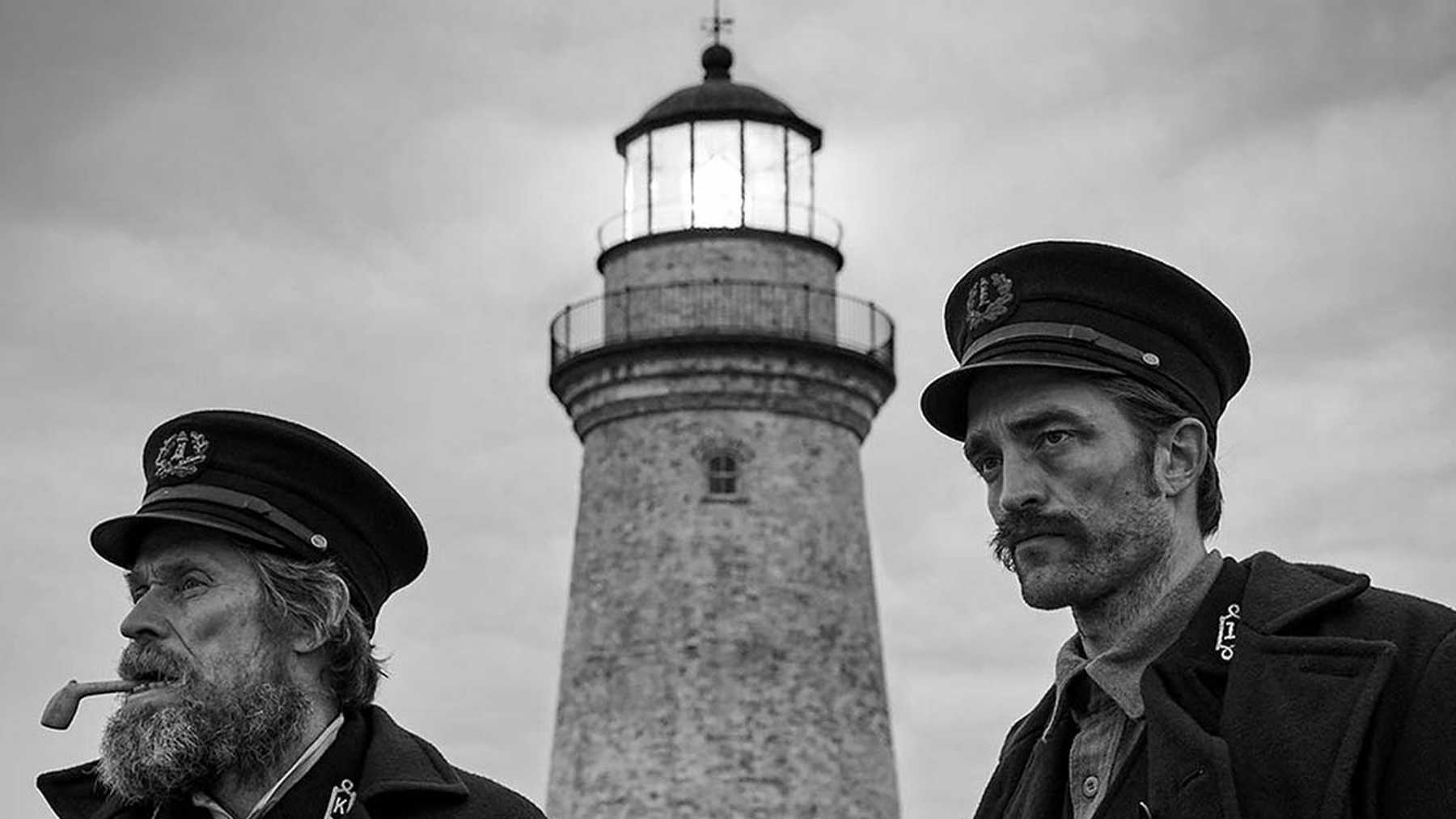 Crashing the filmmaking scene in 2015 with the boldness of an established auteur, then 32-year-old Robert Eggers — a fresh face in feature-length cinema — proved that his methodical approach to period horror is truly one to be reckoned with. The Witch was an immaculately crafted nightmare which happened to be a result of Eggers’s extensive research of New England’s folk tales and the enigmatic complexity of his script — something that immediately caught eyes of the cinéaste crowd during the film’s year-long festival run. 4 years later, Eggers makes a triumphant return with The Lighthouse, a stunning sophomore horror effort that is drenched in mud, sweat, and caustic salt of toxic male friendships.

Sometime in the 1890s, two lighthouse keepers arrive at an unnamed island on the coast of New England to relieve another pair of men — a ritual which takes place every 4 weeks. The younger one, Ephraim Winslow (utterly chameleonic Robert Pattinson), is a trainee who ends up being reduced to the rank of a cabin boy by his despotic superior, a seasoned sailor Thomas Wake (Willem Dafoe). Once the storm sets in and their already turbulent relationship takes a wayward turn, the red-blooded men find themselves in an unlikely friendship, bolstered by overflowing liquor and their mutual obsession with the lantern of the eponymous lighthouse.

What follows is a boldly spiritual two-hander that sees the two leads take a trip down the river Styx into the deepest realms of the human psyche. Masterfully orchestrated by Eggers from the script that he and his brother, Max Eggers, wrote on the basis of their mutual fascination with mythology and symbolic art, The Lighthouse stands firmly as a one of a kind film event — despite the fact that, similarly to Eggers’s previous pagan fable, some multiplex audiences might find it difficult to love a film so peculiar and aggressively bizarre. Filmed in black-and-white, on 35mm film, and rocking the devilishly claustrophobic Academy aspect ratio, this tale of two lost souls never hits a single familiar beat, even when its overt visual influences are hiding in plain sight. Evoking images of German expressionism, Bergman, Buñuel’s surrealism and various Greek myths, Eggers’s eclectic visual language reaches peak formality amidst the monochrome delirium of this cinematic fever dream.

Occasionally dipping into black comedy (especially when it comes to the dichotomy between sailors and their beaked animal counterparts), the film gradually gives way to a very different kind of horror; loss of senses becomes a wild, relentless examination of desperate masculinity and patriarchy, in which even the most powerful man doesn’t stand a chance against the fierce force of nature. Eggers’s perversely honest view of isolated machismo and gaslighting is impressive in both aesthetic and narrative complexity, breaking the mold of conventional storytelling and straying further into grandiose theatricality and discordantly stark minimalism.

The gorgeous phantasmagoria of this awards season, The Lighthouse is yet another bold showcase of Robert Eggers’s filmmaking prowess. Building on the foundation established by The Witch, Eggers amplifies the horror of austere minimalism and hypnotic imagery for his sophomore effort. Striking in its conceptual simplicity and formal meticulousness, this is a mesmerizing, oppressive experience with a unique desire to deceive, confound, and ultimately make you succumb to its mystical light.