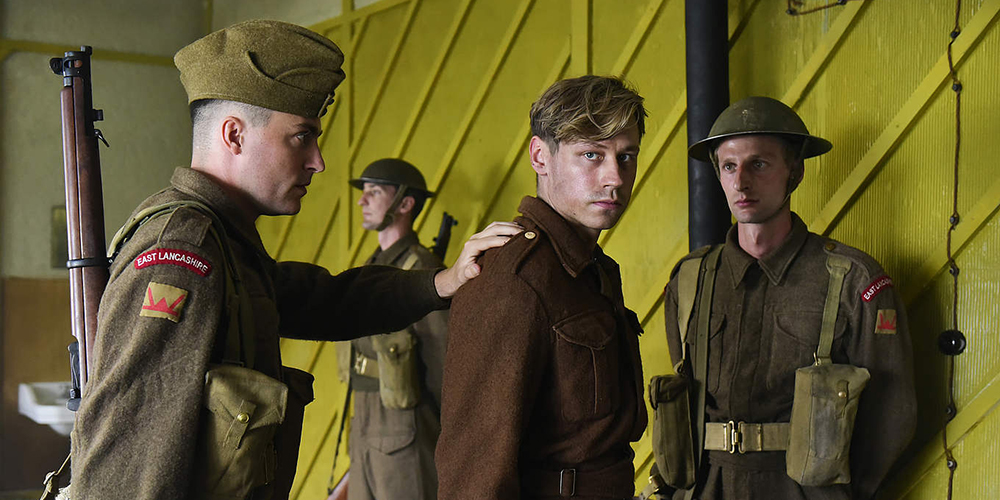 To many football fans, Bert Trautmann is one of the most famous goalkeepers in British football history. Brought to England as a POW during the Second World War, he went on to sign for Manchester City and played in the 1956 FA Cup for which he was named FWA Footballer of the year. His story is immortalized in Marcus H. Rosenmüller’s The Keeper, a romantic biopic about Trautmann’s rise from Nazi paratrooper to football legend.

Trautmann (an all grown up David Kross) is captured and brought to a POW camp in Lancashire, where he gets noticed by local football manager, Jack Friar and his daughter, Margaret. Impressed by Bert’s talent as a goalkeeper, Jack takes him out of the camp to play for his team. Local hostility and resentment can’t stop the blossoming romance between him and Margaret, whom he eventually marries.

The first quarter of the film is a little unsettling. Despite his Nazi background, Bert comes across as a charming chap, loyal comrade, good worker and even amusing at times. It takes a good thirty minutes before we start to get the feeling the film has little to do with football and more to do with post-war prejudice and shame.

“You think you can just play football and all will be forgotten”? To which Bert answers innocently that he never wanted this war, he didn’t have a choice. 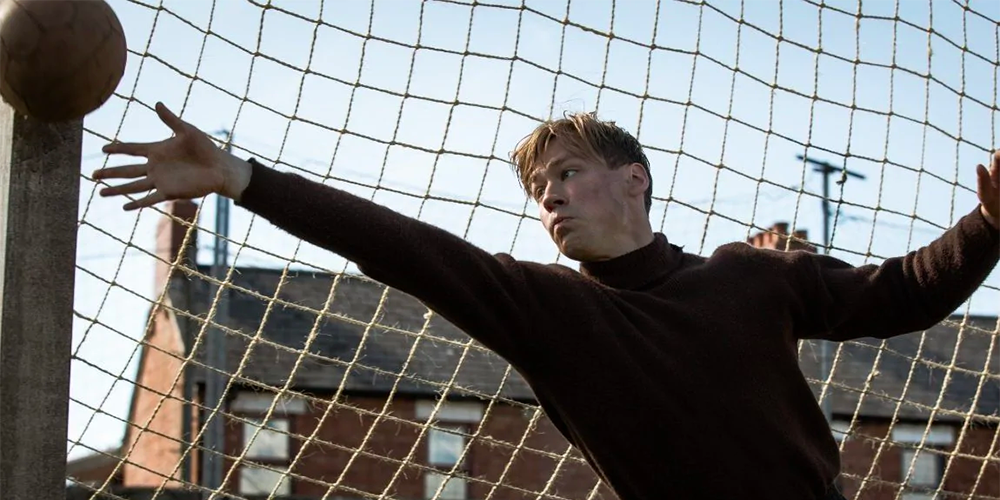 Bert’s prowess wins him the locals’ affection, and he decides to stay and signs with Man City.

The film splits itself between a football infused romance and what could have been a much darker psychological drama. Back at the POW camp, Sergeant Smythe (devilishly performed by Harry Melling) gives the grimmest scene where his attempt at denazification is met with conflicting reactions. The back and forth between the two moods is confusing and feels as if the film doesn’t quite know what it wants to be and unfortunately leans towards the former, running into some clichés (excessively rainy scene).

With good central performances, The Keeper hints at a young generation executing powerlessly the orders of the previous, echoing today’s political scene. But, like most biopics, the story feels rushed, over dramatised and, sadly, easy to dismiss.