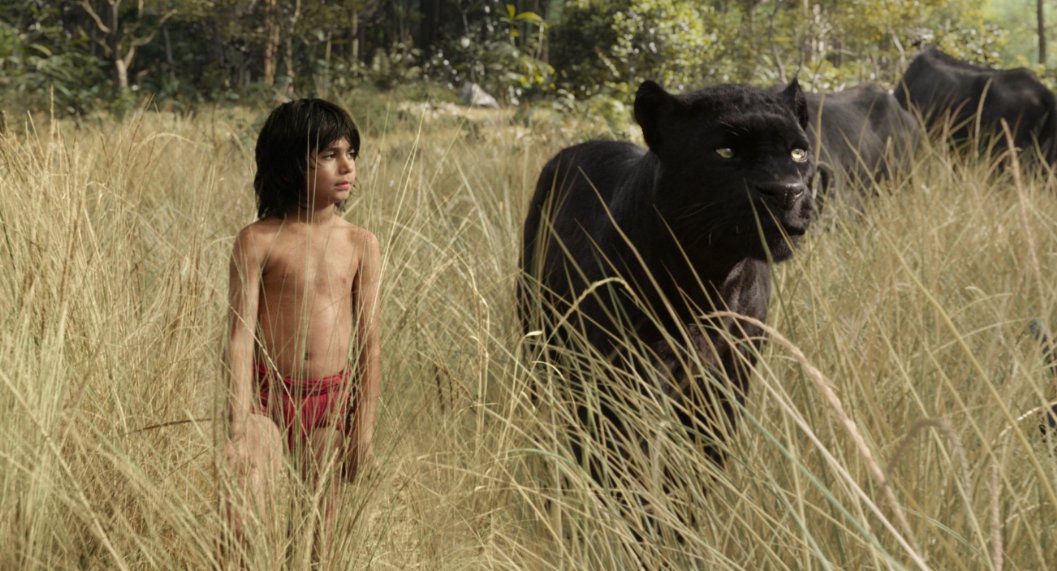 Jon Favreau is a genius.

And that’s my review of “The Jungle Book”.  That said, I guess I ought to explain, so let’s backtrack…

This is Disney’s latest live version of one of its animated classics – the original came out in 1967 – and it’s also the first of two new interpretations of the Rudyard Kipling story.  The second comes from Warner Brothers, is directed by The King Of Performance Capture, Andy Serkis, but has had its release date pushed back to 2018.  Make of that what you will.

When he showed some preview footage to a group of critics before Christmas, director Jon Favreau was emphatic about wanting to make a film that was respectful towards the original and was connected to it, but that was also going to be closer in tone to Kipling’s book.  The story remains pretty much the same, with Mowgli (Neel Sethi) forced to leave his family of wolves and return to the man village outside the jungle, while being pursued by vicious tiger Shere Khan (voice of Idris Elba).  The link to the animated version is there – the film retains the two most famous songs and the final credits nod in its direction as well – but the difference comes in the way the story is told.  It’s exciting, action packed but also with as much dark suspense as you can squeeze into a PG.

To call it live action, however, is stretching a point because the only genuinely live character in it is 12 year old Neel Seth’s Mowgli.   The rest – animals, insects as well as the jungle and all the other landscapes – is done with visual effects.  So that first look at the inside of the jungle takes your breath away and turns your eyes into saucers.  It looks just like the real thing.  And it doesn’t stop there.  Stampeding cattle in a muddy ravine, a huge landslide, the inside of a massive dead tree and countless other settings are all completely convincing – so much so that you soon find yourself forgetting that what you’re watching isn’t for real.  And that’s the highest compliment you can pay the guys behind those effects.

The animals fare almost as well.  There are moments when Baloo’s (voice of Bill Murray) mouth doesn’t look quite right when he’s speaking – maybe that’s because bears don’t talk anyway – and the same applies to Bagheera (voice of Ben Kingsley).  It’s a small point, though, because the voice cast is flawless.  The menacing tones of Idris Elba as the scarred and remorseless Shere Khan (no George Sanders he),  super cool Bill Murray is an inspired choice for Baloo, Ben Kingsley’s superior tones are perfect for Bagheera and Christopher Walken has stepped straight out of a gangster movie to be the voice of King Louie.  The smaller roles get great voices as well: most touching of all is the comical porcupine, Ikki, who is voiced by Garry Shandling in what turned out to be his last film.

But what makes “The Jungle Book” so wondrous is the level of detail.  As a youngster, Favreau was a fan of Mad magazine, especially the work of Sergio Aragones, whose trade mark was tiny drawings in the margins and in between the panels of his cartoons.  Favreau’s efforts to reproduce that style in the film mean that you simply can’t absorb everything in just one viewing.  You’re concentrating on the main action, and you’re aware that all manner of business is going on elsewhere on the screen, such the tiny monkeys grooming King Louie’s fur, but you can only watch one thing at a time. A second visit is essential.

I plead guilty to under-estimating “The Jungle Book” when I saw the preview clips.  This is a film that’s raised the bar in terms of visual effects and voice acting – cue the voice acting award debate come next year’s awards season.  It’s arresting, fascinating, seriously glorious to look at and 100% pleasure from start to finish.

Remember what I said about seeing it twice.

And that Jon Favreau’s a genius.

Eye In The Sky