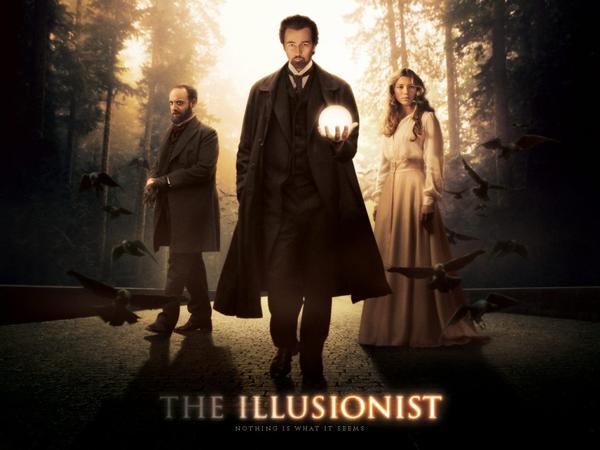 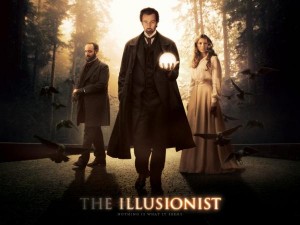 Set in Vienna in 1900, The Illusionist tells the story of Eisenheim(Norton) a fantastic stage magician who has set himself on the path to become a legend of his trade. However, when his childhood friendship with Duchess Sophie von Teschen (Biel) is rekindled he finds himself as a target for the Prince (Rufus Sewell) to whom she is now betrothed.  As the friendship blossoms into romance, the Crown Prince orders Chief Inspector Uhl (Giamatti) to close down the theatre and make an example of Eisenheim. As the net tightens around the magician and tragedy strikes-Eisenheim prepares to shock the Prince, the Police and the world with his greatest illusion yet.

The Illusionist instantly sets a dark tone, the story told by Inspector Uhl is littered with flashbacks and forth from stories he has been told of Eisenheim. Taking regular visits to his show he is witness to Eisenheim’s changing state of mind and growing relationship with the Duchess.  The flashbacks are styled in a ‘Victorianesque’ theme that captures their childhood friendship beautifully. However, the flashbacks contain some cheesy moments such as a disappearing tree and a floating flute, that are too different from the rest of the style to work. Moments like this instantly took away from the seriousness of the film. However, the films visual side is rescued by the look of the illusions, after all if they had failed to work it would have had to have been called ‘The Man who doesn’t do much’ and that simply doesn’t have the same ring to it… However in all seriousness, the illusions are well presented and Norton delivers his role as the deliverer of the act seamlessly.

Edward Norton continues his usual high standard of acting as Eisenheim as does Giamatti as Uhl. The on screen pairing of the two works fluently and we are able to see the regret Uhl feels as a fan of the illusionists, when he is told to close him down. Norton and Biel also work well as a couple, however the pairs on screen time is relatively short when they are older and the flashback sequences, as I already stated, were quite tame. Therefore it is hard to judge the relationship they share and as such hard to feel emotion for the meaningful scenes of the movie. This is the movies main problem- it fails to explore any of the psychology behind the main characters and leaves us with a half polished final product.

The Illusionist doesn’t quite live up to the obvious comparisons it will draw from films such as The Prestige- while the acting is of a high standard in both, the story and the mystery are delivered to far greater effect in The Prestige. Taking the film on its own merit, The Illusionist unfortunately lacks the magic needed to be classed as one of the better films of its type.