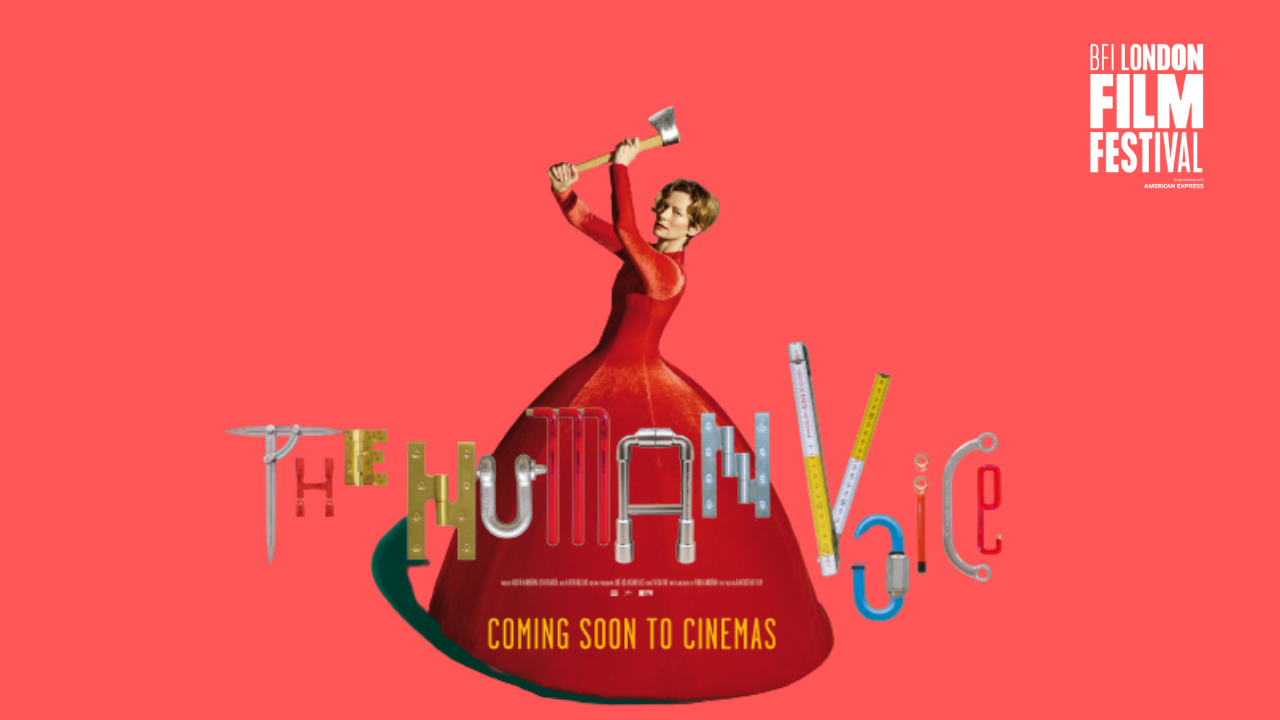 The carnival of colour that assails your eyes from the opening shot of this 30-minute offering from Spanish maestro Pedro Almodóvar is in sharp contrast to the subject matter of the film. Bold, striking, luminous colours – from Tilda Swinton’s elegantly tailored outfits to the jars of lotions and potions in her bathroom. The walls of her apartment and even the bright yellow pills she gulps down – both illuminate the tumultuous emotions driving a woman whose lover has left her after four years and cruelly expose the darkness building inside her. Bright too is the handle of the axe she ominously buys at the start of the film.

Apart from a lively dog (also left behind by the errant lover) and the shopkeeper who sells her the axe, this is Tilda Swinton going solo for the entire film. And quite the tour de force it is too. She commands the screen and wholly owns every grimace, pleading inflection of the voice and long-limbed movement as she simultaneously plans revenge and begs her absent ex-lover to reconsider.

The telephone conversation, of which we only hear her side, is as revelatory as a Dorothy Parker inner monologue. “Oh, I know the laws of desire, “she admits with resignation. “But four years of happiness with you was priceless. “ But between the protestations of love and misery at its loss are the veiled threats too. She has put their love letters in a Chanel case, she says, and will send them to the lover to stop them getting into the hands of the tabloids.

Swinton is simultaneously utterly bereft, mad and totally, slyly in control and that she does all this convincingly with no partner to playoff is a testament to her talent.

The only negative thing that might be said of this film is that it is too short. But had it been longer it might not have been so satisfying and memorable.