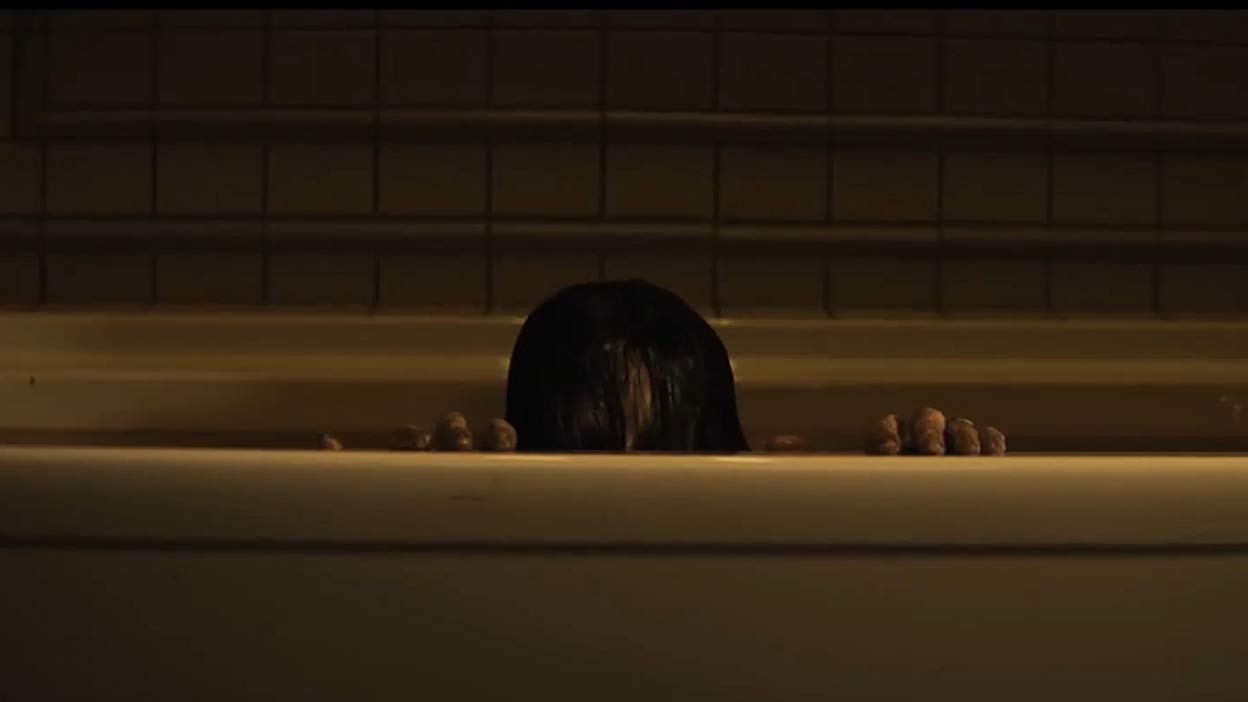 It’s no secret that one of the most prolific J-horror franchises, Ju-On, has seen better days. After more than 12 feature films, 5 shorts and one video game, Takashi Shimizu’s most beloved, creaking creation is steadily approaching its 22nd anniversary, and what better way to celebrate than with the release of the new American, Sam Raimi-produced The Grudge sidequel/reboot (the timeline of this series is somehow even more confusing than Halloween). With the fest-darling director Nicolas Pesce at the helm, the man behind two acclaimed indie horror films The Eyes of My Mother and Piercing, The Grudge was a highly intriguing proposition from the very start of its production… until it wasn’t. After the reported rumours of troubled post-production and multiple delays of what already feels like a cursed release, The Grudge is a clear example of why the symbiosis of young genre directors and big studios doesn’t always have a happy ending.

Much like the original Japanese films, The Grudge is told in a non-chronological order through a series of interwoven vignettes from the lives of people tormented by the eponymous Ju-On curse. The main event of this updated version is the overarching story of Detective Muldoon (Andrea Riseborough), a widowed mother who investigates a series of murders, which all lead to one cursed house. This time around, Pesce has 4 bleak stories that seem to range from “possessed elderly lady” to “pro-choice morality tale” and presents them in an oddly disjointed fashion — again, very similar to the original Ju-On films. And yet, by showcasing these vignettes through the lens of a fixed narrative timeline, the film loses the traditional charm of a jigsaw puzzle: all secrets are laid out to the viewer in the most edible, foolproof way. There is not a single moment here that isn’t telegraphed in advance by a flashback or, in the most egregious circumstances, a complete rewind of a scene that happened earlier in the film. It feels like one of the many compromises Pesce had to make in order to have a film that is as audience-friendly as it is reverent to the franchise roots.

Among all the scattered Easter eggs and nods to Shimizu’s lore (and believe me, this film is riddled with those), it may be relatively easy to dismiss the utter lack of J-horror staples on display here. Besides the occasional long-haired lady and the grimy visual look of palpable moisture, there’s not much in The Grudge that could bring back the sheer terror of the first time Kayako crawled down the stairs and let out her hauntingly effective rattle.

For much of its run-time, instead of relying on the consistently creepy mythology of Ju-On, Pesce’s film follows the trend of derivative, high-pitched jump scares that feel somewhat out of place here, especially considering all the care Pesce put into the oppressive atmosphere that’s persistent throughout much of the film. This is where The Grudge starts to make a highly unusual case for a mainstream horror blend of predictable studio frights mixed with deeply incongruous, mean-spirited viciousness straight out of Pesce’s earlier efforts. As a result, this version of The Grudge feels closer to the blood-soaked horror remakes of the mid-2000s rather than either of the previous versions, which gives this otherwise conventional horror fare an uncommonly brutal edge.

For all of its flaws and overused tropes, there’s an odd sense of nonconformity and sardonic fatalism that appears to prevail over the vast majority of peekaboo scares. Perhaps, this isn’t the director’s vision — the film feels choppy and multiple shots from the trailer appear to be missing — but there’s enough mounting dread and nasty gore to elevate The Grudge above most of its sanitised horror peers. It’s just a shame the film never feels fresh enough to separate itself from the previous franchise entries.