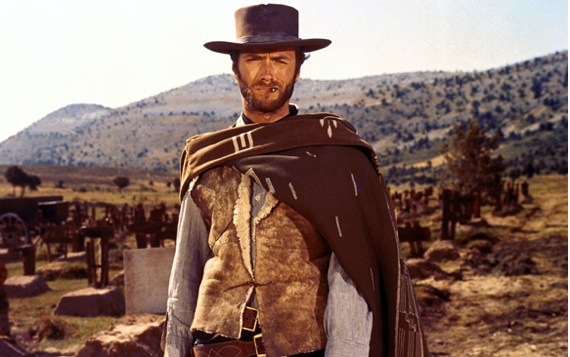 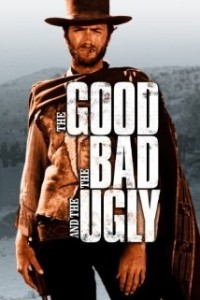 Directed by Sergio Leone, The Good, The Bad and The Ugly is the most well known of the ‘Spaghetti Westerns’ and is considered by many to be one of the best films ever made.

The Good, Blondie(Clint Eastwood is a professional gunman who has formed a partnership with The Ugly, Tuco (Eli Wallach) in order to find a bounty of gold. The Bad, Angel Eyes (Lee Van Cleef) is a sadistic hitman who always hits his mark. Set in the background of the Civil War, they search for a fortune in gold buried in a graveyard. With Blondie knowing the name of the grave and Tuco knowing the name of the graveyard, each man has reason to keep the other alive- despite being enemies they must work together to reach the gold before Angel Eyes- which ultimately ends up in a final showdown between the three.

Set to Ennio Morricone’s stunning score, The movie is drawn out in the best possible way. Long scrolling shots of the ‘wild-west’ landscape set each scene majestically and mixed with the score there are some of the most well crafted shots in any film, not just any western, ever made.

The film cannot stand on its style alone, the polished finish is backed up by the stellar acting of Clint Eastwood, Lee Van Cleef and Eli Wallach. Each man becomes their character perfectly – Blondie(Eastwood) is the honour bound gunman, Tuco(Wallach) the unruly Mexican bandit and Angel Eyes (Van Cleef) is the unrelenting hit-man. Eastwood having gone on to act in films known the world over, however he has become famous from this genre- Even as far as continuing the tradition in Unforgiven almost 30 years later. They all manage to create an uncomfortable tension for the viewer, all of whom can see the strained relationship between each character ready to explode at any moment.

It is hard to see why the film was originally discarded by most reviewers.  Sure it’s a long film, almost 3 hours; however as I mention above it isn’t tiresome or overplayed. General consensus is that it was the different approach to the standard they had come to expect from the likes of John Wayne movies such as ‘The Searchers’ and ‘Rio Bravo’. The Good, The Bad and The Ugly isn’t set around a gunman taking out 30/40 cowboys or American Indians, just a good storyline, great acting and stunning visuals.

There are a couple of anachronisms when it comes to weapons and the like, however unless you are really trying to look for flaws in this film you will find it hard. There is a lot more to the film than meets the eye, a surprisingly in-depth look at the lack of conduct and ethics that became synonymous with the West.  The Good, The Bad and The Ugly is as perfect a western could be and still stands it’s ground as one of the most striking pieces of cinema ever made, almost 50 years after it was released. There is certainly far more good, than there is bad or ugly about this film.