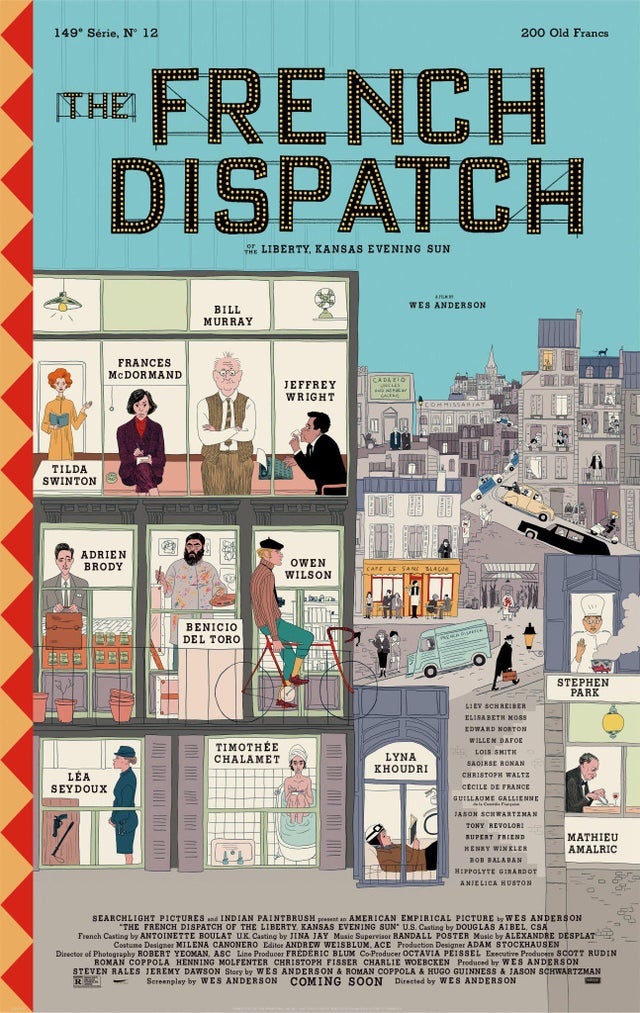 Yesterday saw the release of the official poster for Wes Anderson’s latest, today we were treated to the first official trailer.

The film, with it’s all-star cast of Anderson regulars along with some newcomers, is set for release in July 2020.

The French Dispatch brings to life a collection of stories from the final issue of an American magazine published in a fictional 20th-century French city.