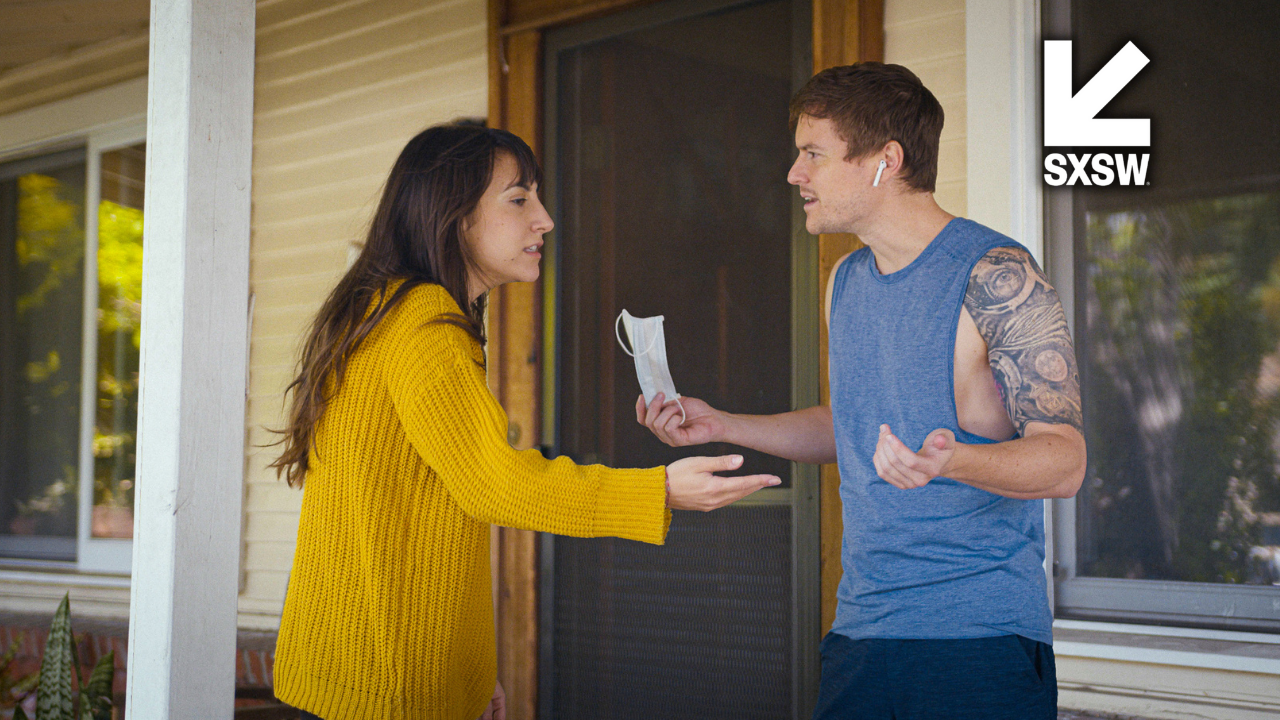 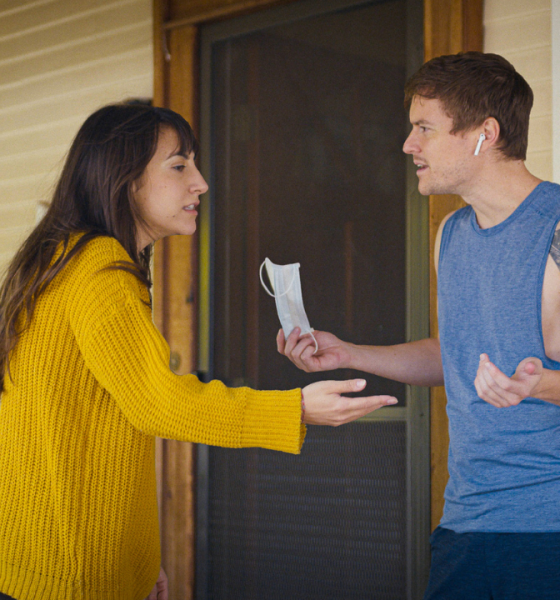 The declaration of COVID 19 as a pandemic occurred exactly a year ago, and The End of Us transplants its audience back to those early days of uncertainty and rituals when the initial lockdowns were imposed.  The End of Us adopts a light-hearted approach to the crisis in a charming tale of an ex-couple forced to remain living together despite having broken up a day before a lockdown was imposed in California in March 2020.  Whilst many countries may still be in the midst of more lenient lockdowns now, The End of Us is a fascinating journey observing the shared experiences encountered during the initial stages.  With its off-beat quirky humour, The End of Us has parallels with another pandemic related film, How It Ends, which is also screening at SXSW.

It could be said that it is still too early to be watching films such as The End of Us as COVID 19 is still the main news item globally.  However, the film explores the emotional impact on the couple and the need for human connection. Leah is the instigator of the break-up, and the film is presented from her viewpoint. It quickly establishes that she might be the more anxious of the two of them as she pours over the news reports, conveyed by a perfectly edited montage, watches the daily statistics, as we all did in those early days, and is panickily convinced that a slight temperature increase is evidence of a covid related symptom.

The End of Us provokes a degree of nostalgia of those moments where we were all making bread too, learning new languages, and undertaking new courses; Leah’s ex, Nick, for example, decides to embark on a law degree.  There is a heart-warming element to The End of Us permeating throughout, whilst watching all the coping mechanisms involved, which we could all relate to.  The chemistry between the two leads played by Ali Vingiano and Ben Coleman is captivating to watch as their characters argue and engage in witty repartees and have moments where they are simply happy to dance together to alleviate the boredom of staying at home 24 hours a day.  The End of Us takes its audience through the full spectrum of emotions whilst observing Nick and Leah’s efforts to cope but also to move on, which is a challenging situation as we all craved human interaction during those initial strict lockdowns.

Sufficient time has now elapsed such that we may laugh when witnessing the characters sing ‘Happy Birthday’ whilst washing their hands or commenting on the amount of chemicals being used to protect ourselves as we all stocked up on bottles of hand sanitiser. Nick and Leah’s interactions are relatable, and Vingiano and Coleman’s charisma, alongside a rhythmic soundtrack, will keep audiences engaged.

Filming during the pandemic has meant that the number of locations is limited in The End of Us, and as such, the cinematography re-creates that sense of claustrophobia whilst Nick and Leah spend so much time indoors.  However, the film cleverly charts the progression of the lockdown measures imposed, with title cards referencing the number of days that have elapsed and illustrates the relief to participate in socially distanced dating activity outdoors which we may all be familiar with. That sense of freedom is constructed skilfully using long takes and single shots, which may invoke that nostalgia concerning the euphoria felt during such moments.

The End of Us may be slightly on the nose in some scenes, but it is certainly a humorous portrait of the year that was 2020 when the world stood still.  The film’s bittersweet tone will ensure that the audience remains invested in Nick and Leah and their development, which helps The End of Us stand out from other formulaic romantic comedies.  Possibly, it could be said that The End of Us utilises the pandemic as a plot device, but it seems to provide that opportunity to review the past year objectively with a degree of empathy.  The film illustrates that we all learnt not to take our relationships and general interactions for granted after such opportunities were taken away and understand the necessity for self-care.

Directors Henry Loevner and Steven Kanter have successfully created a touching film with compelling dynamics which will leave its audiences wishing to re-enter the dynamics of Nick and Leah’s lives as they navigate their way through further stages of the lockdowns throughout 2020. The End of Us is a heart-warming, absorbing tale, intriguingly based on one of the actors’ real-life experience.  The film has an impressive musicality and a feel-good outlook overall, even with serious topic of the pandemic as a backdrop.

Related Topics:ReviewReviewsSXSW 2021The End of Us
Up Next