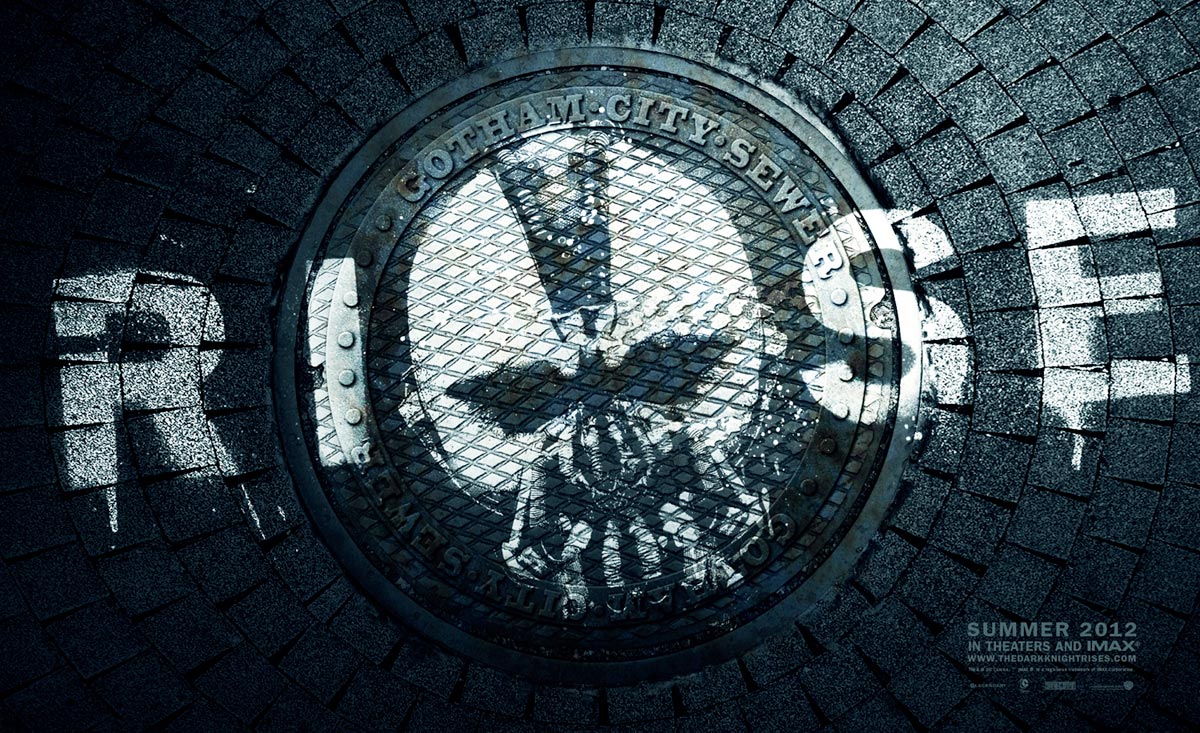 It is a spurious and slightly absurd feeling to review a film with the knowledge that no matter what you say, people will still see it. The Dark Knight Rises is critic-proof and it does make the idea of writing or reading a review somewhat redundant. But there is an interest in deconstructing what makes the film work and not work. A lot of fans of the franchise simply do not care what critics think of the film and indeed they should probably be suspicious of some of the reviews. Some magazines who have been parading exclusives from the set for the last few months have now thrown out the obligatory ecstatic 5 star reviews. So who can you trust? Why, me of course.

The Dark Knight Rises begins with a little bit of exposition – filling in the 8 year gap since The Dark Knight ended. The Harvey Dent Act has come into force and with it all the organised crime in Gotham City has been eradicated. Batman has been in retirement, with Bruce Wayne (Christian Bale) becoming a virtual recluse in a rebuilt Wayne Manor. There are rumours in polite society that he has gone all Howard Hughes. His interest in the outside world is rekindled when he meets jewel thief Selena Kyle (Anne Hathaway) and hears of another criminal by the name of Bane (Tom Hardy). As the title implies, Batman does indeed come out to play again. So does the film live up to the enormous hype generated by the saturation marketing? Are the ecstatic reviews on the money?

Overall I would have to say no. This is not to say that it is not a somewhat entertaining or enjoyable film. Rather the first two films of Christopher Nolan’s franchise have set the bar extraordinarily high for superhero films. To say that this film is the weakest film of the trilogy is not saying it is bad, just not nearly as good. The reality is that the serious fans of the franchise will strongly disagree with me here regarding the quality. In this regard it is worth going through the issues that this reviewer had with the film one by one. From this point on there will be spoilers so if you have yet to see the film turn back now.

Well the first and most obvious issue is the running time. The Dark Knight Rises comes in at a whopping 164 minutes. This is only 12 minutes longer than The Dark Knight you may say but with some serious padding throughout, The Dark Knight Rises makes you feel those 12 minutes and more besides. Whereas The Dark Knight had a fluidity and much tighter control regarding pacing, both of which the new film does not, meaning the film seems even longer than it actually is. And for a film this long it is a serious problem. Because of this, one suspects that Nolan has become a little weary of the franchise, trying to tie it up and move on to something else.

There is also the problem of the spectre of Heath Ledger hanging over this. His interpretation of the role of The Joker in the previous film was iconic. How you fill that vacuum is a big challenge. It is here where Nolan has really dropped the ball. In Tom Hardy’s Bane, he had both the actor and the character to do it to potentially match Ledger’s performance. In the early scenes Bane is truly terrifying: big, physical and threatening. His detached voice adding to the fact that you can’t see his mouth is actually quite unnerving. But two decisions made during the film neutralise this opportunity. Firstly as this film is a 12A rating the violence takes place almost always off screen thus taking away from his power. Only in his first fight with Batman in the sewers do you really feel and see the immense physical force of Bane. The fight on the street in the third act is merely a poorly put together rehash of that. Secondly, and more importantly, the setting up of what needs to happen during the third act means he is bizarrely sidelined for the whole middle section of the film. He has to become seemingly weaker so Batman can somehow beat him which leads to the ‘oh so obvious’ twist. Standing to the side and observing proceedings in the middle section of the film where little momentum is happening robs the audience of any sense of the real danger he possesses and slows down the film. Crucially it also knocks off the balance between him and Batman that the film desperately needs. It is a decision that the film does not completely recover from.

The third act at least picks up the pace considerably. But the ticking time bomb scenario is one that would shame an episode of The A Team. It is so poorly conceived and played out that it becomes quite embarrassing. And with Bane gone from the final part there is no real threat whatsoever in the film. Sure, the city could be blown to bits by a nuclear bomb but we all know it is not going to happen. At this point it would seem to be over. But there is an epilogue of hokey proportions – I was actually laughing. We all know Bruce Wayne isn’t dead. Indeed, why have Alfred tell the story of hoping to see Bruce in Florence in a café enjoying his life in the first act if not to crowbar it in during the climax. Incidentally why Bruce would be sitting in the exact same seat from Alfred’s imagined story is beyond me: absurd.

And yet, there is a lot to enjoy here. This is Bale’s finest performance in the role(s). He plays both Wayne and Batman superbly as two sides of the same coin. He gets under the skin of the character much more than in the previous films. There are some terrific action set pieces and because Nolan is that rare Hollywood director who doesn’t rely on CGI the action, crucially, looks real (with good reason probably, as the football stadium sequences looked a little iffy). Hathaway shines as Catwoman, a potentially silly role that she makes her own. She brings lightness and a sense of humour to a film that nearly drowns in its own seriousness. Hardy, when Nolan can be bothered to use him properly, is excellent – exuding a menace through his eyes and physical movement. There is the usual excellent support from old stagers Oldman, Caine and Freeman although Caine is a touch underused. Overall, this is a film that is enjoyable without being great – suffering against the better films that have gone before. Certainly worth seeing (especially as it is not in god awful 3D). But one can’t help thinking that with better pacing and at least 30 minutes shorter this could have been very good indeed.

Related Topics:Christopher Nolan
Up Next

I am huge film fan, Hollywood but increasingly world cinema. I also have a blog devoted only to Irish film: http://cineireland.blogspot.com