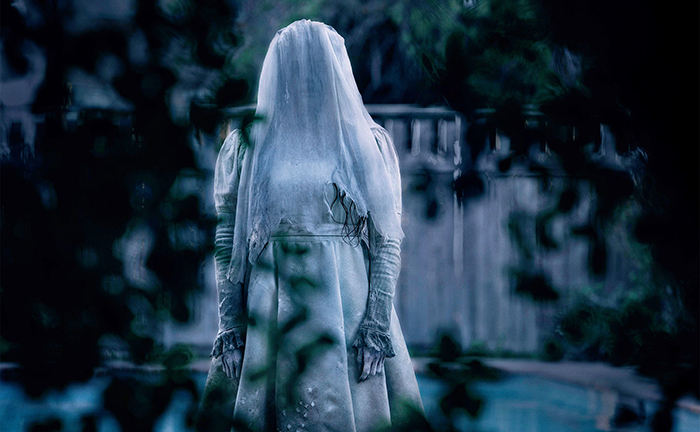 Warner Bros. and New Line’s latest Conjuring spin-off, The Curse of La Llorona, has topped the domestic and international box office in what’s being described as the worst Easter weekend for ticket sales in over a decade.

As the entirety of Hollywood practically cleared out of the way to make room for next week’s all-consuming Avengers-shaped juggernaut, Curse of La Llorona – a supernatural horror flick based on the Mexican folklore about the Weeping Woman – scored a $26.5 million domestic debut. Added to its $30 million international haul, and that’s a global start of a respectable $56.5 million, well above expectations.

The R-rated feature, which had a budget of just $9 million, had been anticipating a more modest $18-$25 million weekend. Jeff Goldstein, Warner Bros. president of domestic distribution, said in a statement: “We are thrilled with how much it over-performed. The folklore of the Weeping Woman is so prevalent throughout Latino culture that even with its rating, it transcended expectations.”

WB and New Line managed to claim both top spots over the weekend, with the Zachary Levi-fronted superhero feature Shazam! still holding on three weeks after release, pulling in a further $17 million domestic, and $22 million international, for a total cume of $322.8 million. A sequel is already in the works.

Those numbers are all well and good, but traditionally the Easter weekend has been a major boon for cinemas, so the lower figures will no doubt hit hard before the release of Avengers: Endgame next week (which is expected to break domestic and international records). This weekend’s offerings brought in just $112 million in domestic ticket sales, the lowest equivalent haul since 2005 according to Comscore.

UK cinemagoers will have to wait a little longer to catch The Curse of La Llorona, which is planning to wait out Marvel Studios’ behemoth, and releases on the 3rd of May.