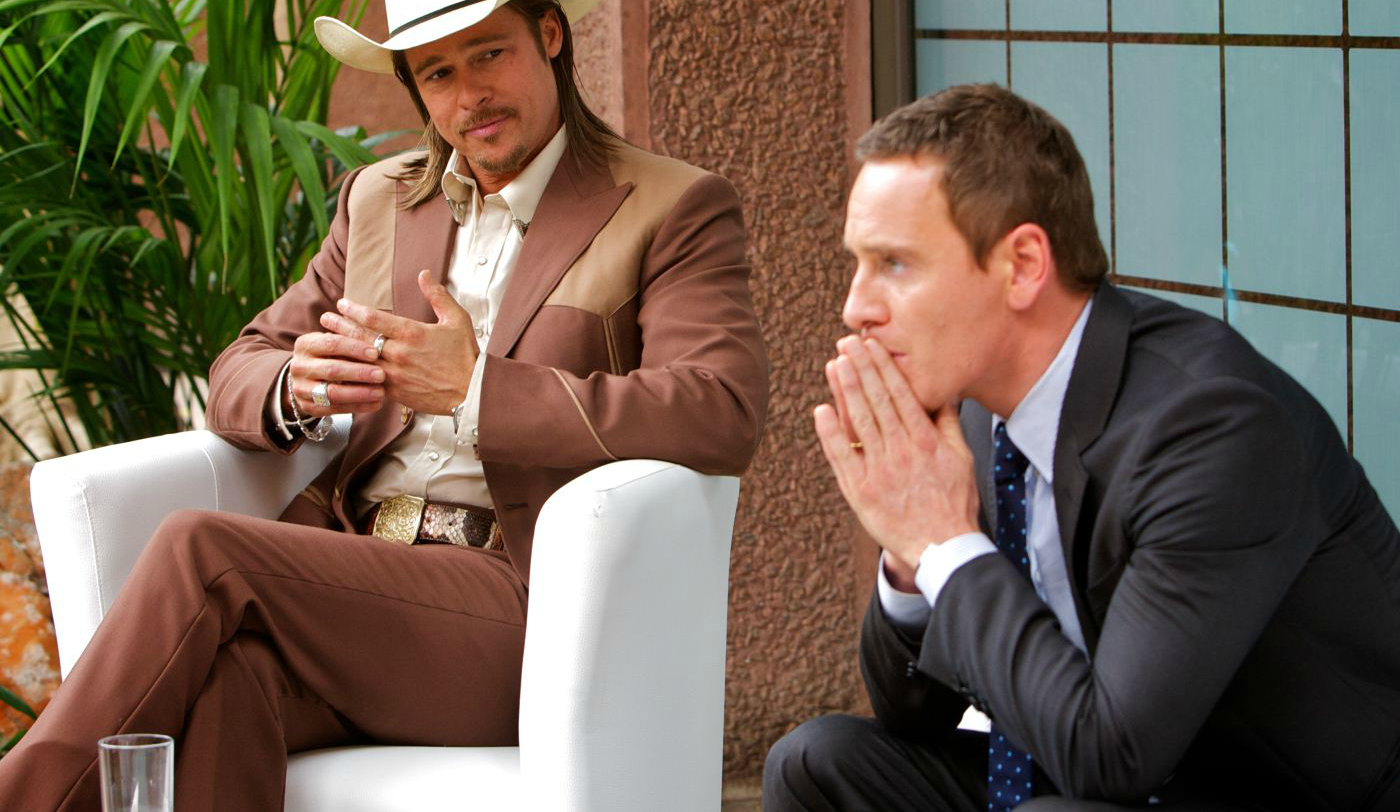 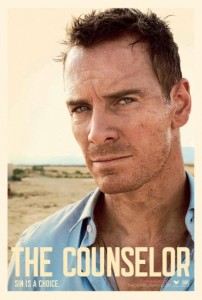 Everything in director Ridley Scott’s latest is so perfectly put together one would think it difficult to find any fault in it’s composition as a complete package. Instead, these exceptional pieces of casting, beautiful photography, and impeccable costume designs add up to little more than a meditation on the decisions and eventual repercussions and how those actions affect the  people around us through the extreme example of a man accustomed to leisure that must become a player in the business of illegal narcotics in order to keep up appearances. Little more than this has been highlighted in the unexpectedly low-key marketing campaign for a film that seemingly has all the right individual parts to make up a grand film except for the one element that makes all movies worth watching: an intriguing story, a reason to exist in the first place. Whether it be the legendary director, the fact this script comes from Pulitzer Prize winning author Cormac McCarthy in his first gig as a screenwriter, or the well-pedigreed cast that has both credible “movie stars” in Brad Pitt and Cameron Diaz while also featuring the likes of critical darlings Javier Bardem, the typically underrated Penelope Cruz, and the man of the moment, Michael Fassbender this film somehow fails to ever take off and falls completely flat while remaining nothing if not forgettable a mere few hours after leaving the theater. I won’t lie in saying I held out high hopes for the film. While there are elements that stand out, performances that deserve recognition and aspects of the script that are interesting in individual scenes they, for one reason or another, are unable to build upon one another or contribute constructively to the larger narrative McCarthy is trying to accomplish. We understand the overlapping relationships and how the storylines tie in to one another, but none of it adds tension to the proceedings or even a small hint of interest into how these short vignettes will ultimately pay off for the characters taking part in them. The Counselor is an interesting case of a movie as I would never refer to it as a necessarily “good” movie or one worth watching for its entertainment value, but it is oddly intriguing for its dedication to style and subtlety of theme that at least keeps us curious as to what exactly this beautiful disaster was trying to say.

It is almost distracting how great this could have been, but ultimately fails to be because of what is simply a miscommunication between writer and director. Ridley Scott has always been a kind of self-indulgent director and though I’m not overly familiar with McCarthy’s writings, but have seen each of the film adaptations from his work, it seems he too may suffer from these self-indulgent tendencies that seem to swell his ego and allow for speeches that go on for way too long but never consist of much more than one single point. Whatever the case may be, these personalities came together and formed what is both a very off-putting and sometimes alarmingly basic project that can’t stay afloat despite the countless life lines it has employed. We meet a man simply known as the counselor (Fassbender) as he is never referred to as anything else in the film and as he is rolling around in the sheets with the beautiful Laura (Cruz). They talk about love, about women and about what they’ve done and want to do with each other. We listen in hopes that there will be some kind of significance other than establishing the relationship between the two. There is little beyond this surface-level intention other than to be provocative and to witness attempts at shock. As the film continues we watch as the counselor encounters associates with whom he’ll be working on this drug deal that we never see any real labor out of. Instead we get discussion after discussion as the counselor meets with a diamond dealer (Bruno Ganz) or the middle man known as Westray (Pitt wearing Hank Williams Jr.-inspired attire) and onto others that include several characters whom we’re unsure how they even tie into the thick of the plot. The counselor is mainly concerned with his direct contact though as he gets his “in” for the deal through Reiner (Javier Bardem emodying another McCarthy character to the hilt) and his girlfriend Malkina (Cameron Diaz) who scares him as much as she turns him on. It doesn’t take much to figure out what is going on in The Counselor because there isn’t that much to it, but unfortunately we don’t realize this until the credits roll because we sit there, on the edge of our seats, waiting for the film to take off and it simply never does.

The final product though is one of those films where everything everyone says is metaphoric and there is no literal talk about what is actually taking place, a script so subtle in what it wants to say, straining so hard to be considered intelligent rather than as a simple-minded thriller that it becomes little more than a series of philosophical conversations that carry no weight, but instead allow the audience to lose sight of what is actually going on here with no help from the fact we never really see much of the actual drug deal taking place. There are particular scenes that attempt to pack in some thrills: decapitation! Shoot-outs! Motorcycles! but they feel so distant from our main characters, with only the slimmest of strings tying them together that we fear no consequences and when the consequences do hit close to home, they feel unearned. The characters here seriously talk like no one I have ever met in my life, spewing these life-lesson-themed speeches advising the counselor why he should or should not get into the business of trafficking and then, once the deal goes bad (as we always knew it would) we hear them tell him how there is no changing your decisions and no way out of the consequences; that his future must simply be accepted. As our titular character Fassbender does what he can, but I have to wonder what made him sign on for this babble other than the opportunity to work with these co-stars or Scott again or maybe it was the chance to read McCarthy dialogue that appealed to him. Any way you slice it, the well-respected thespian does what he can, but there simply isn’t much to pull from. The man is clearly intelligent and dresses the part to match his slick yet anonymous persona, but all Fassbender has to hold onto emotionally is the fact that his consequences will affect those closest to him and as Laura falls into that category he will do anything to protect her from harm, allow himself to take the place of her, but such mistakes come with bigger price tags than death. We are free to make our own choices, but we are not free from the consequences of those choices is the main idea McCarthy seems to want to convey, he simply has an elaborate and non-sensical way to go about this.

While it seems I likely hated this film, and I did for the most part simply because it had so much potential and promised so much quality, there is also something about it that made me want to stick it out instead of getting up and walking out. We don’t know it’s going to be a composition of people sitting around talking until the mid-way point when it’s apparent that is all people will be doing, but if nothing else the performances from Diaz and Bardem give hint that there was enough trust in the people in charge here that they could go out on a limb and play their characters with extreme hair-do’s excessive tattoo’s, gold caps, and even enough trust to get on the windshield of a car and make love to it while another character compares what he saw to the likes of a catfish suctioned to the side of an aquarium. It is at the same time revolting and comical and the worst part is we don’t know how to react when the scene that explains this strange act comes to play for us. My inherent reaction was to chuckle at the dialogue Bardem was delivering especially because of how he was in fact delivering it, but no one else in the theater made a sound. Either they were too surprised by what was actually being discussed or the film had already lost them at this point. Bardem gives what is easily the most entertaining performance of the movie, but all of that is more based on his eccentric hand gestures, outfits and lifestyle rather than anything he says or heaven forbids, actually does. Diaz on the other hand is unable to speak McCarthy without it sounding completely ridiculous, but she has the visual presence down to a T. We see her interact with nearly every character on screen and we see her orchestrate events that we might initially think beyond her reach, but she is best as the silent master. McCarthy, in his self-indulgence, is unable to restrain his words though and instead of letting Malkina’s silence speak louder than anything else he gives her monologue after monologue of information that would be better and more powerfully conveyed had he simply shown it instead of spoke it. The performances, all doing what they can to deliver on the promises of their inclusion, are the least of the problem though as both Scott and McCarthy are unable to get out of their own way and allow a story to be told, either visually or verbally, that carries any weight, any significance or any true emotion other than that of disappointment.