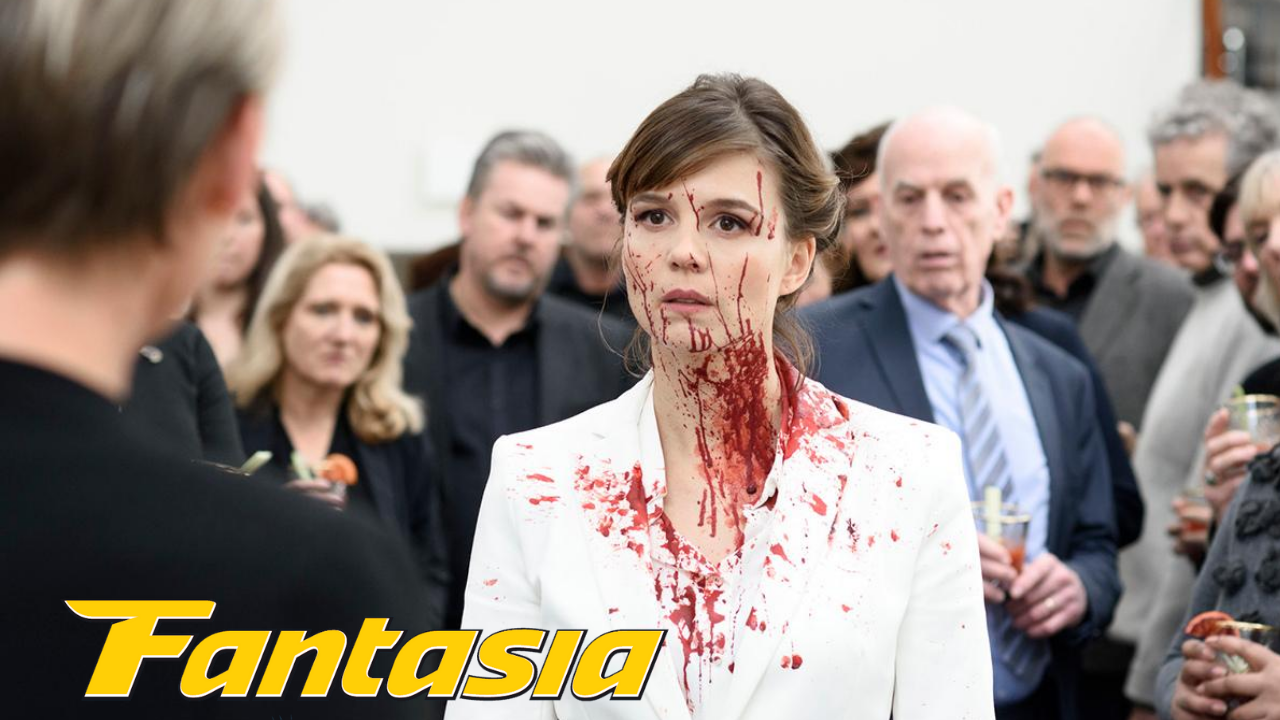 Trolls are the bane of the internet these days. When you think about it, it makes them the perfect topic for a horror film, being a subject that has likely affected us directly or indirectly at some point. Dutch director Ivo van Aart takes us into the darkly yet humorous world of The Columnist.

Following Femke Boot (Katja Herbers) a newspaper columnist suddenly flooded with anonymous nasty messages and death threats on her social media pages. Who is responsible and why are they doing it? When she finds out her revenge is swift and unfortunately deadly and her mission in life becomes crystal clear in this heightened reality and shockingly fun, pitch-black comedy of manners.

The Columnist delivers a social commentary full of dark humour and gore in the same vein as Ben Wheatley’s Sightseers. The odd thing about it is that you can empathise with Femke and her reasonings for confronting her demons. While most of us sordidly imagine what we would do to these trolls, Femke is satisfying her rage. In a world full of judgement and vanity each and everyone one of us should be left to live our lives, van Aart flips this whole idea and creates a what-if scenario that plays out rather satisfyingly, especially as it is often female journalists., who face the worst online abuse. The Columnist is more of a socio-political horror than you’d think. There is no sense of realism within the piece but damn does it become rather satisfying the deeper you delve into it.

Unfortunately the narrative arks of The Columnist can be incomplete – Femke’s life is filled with a boyfriend and daughter but this element seems to flesh out the narrative rather than complete it.  She is hiding a secret and they seem just to be there for a reveal. van Aart doesn’t fall down the trap of cliché jump scares or overuse of gore, but delivers a chilling atmosphere that makes you wonder what will happen next? All the while avoiding a judgmental perspective and building empathy for our protagonist.

Femke is brought to life by Katja Herbers. Her performance transcends into a realistic realm where you can feel her rage and bloodlust and the fear of judgment from the world. Words can hurt people and some of our fellow humans don’t see it that way.

The Columnist is entertaining, but it has a message for us all.