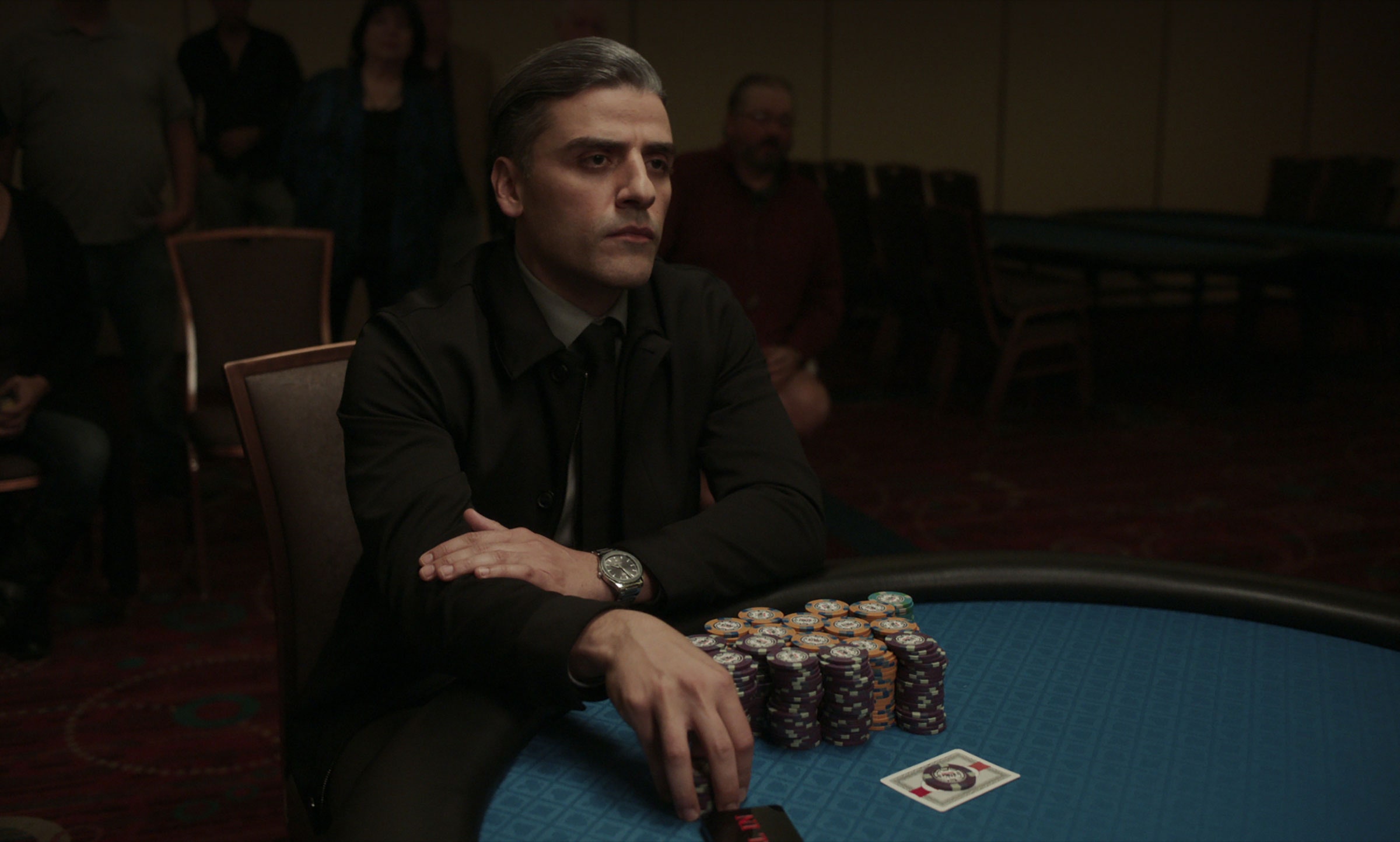 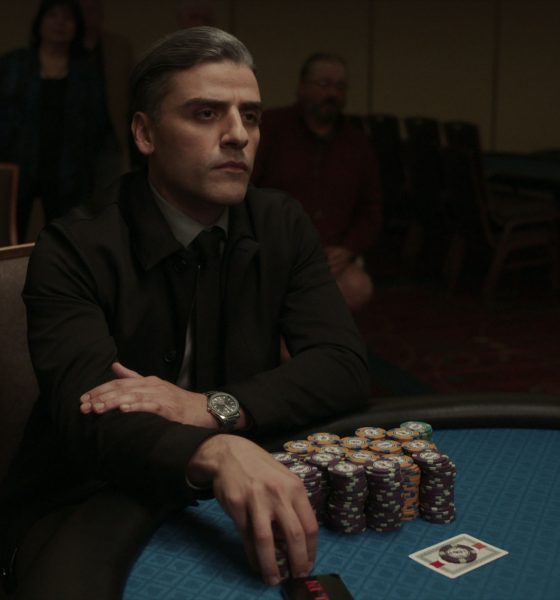 Paul Schrader has consistently written and occasionally directed some of the most fascinating, richly drawn character studies for over 40 years. In 2018, Schrader’s First Reformed re-established him as not just a writer of considerable force but as a directing talent that rivals that of the directors he has written for. The Card Counter picks up the baton in this regard, as it delves deep into its central character while dissecting the weight of social and personal trauma, all the while retaining the oddities and wonders of Schrader’s formalism and stylistic tendencies. Oscar Isaac’s performance is a perfect pairing for Schrader’s script, exemplifying the futility of redemption in a world where we are all just looking to pass the time and blind ourselves to the actions of others, and inevitably, ourselves.

Following an 8 1/2-year prison sentence, William Tell (Isaac) “passes the time” by counting cards and travelling from casino to casino with modest goals in mind: make small winnings and leave before the house and his silent contract dissolve. Through this, he encounters LaLinda (Haddish), a financial backer and potential lover, and Cirk (Sheridan), a young man who has ties to Bill’s past. Through these relationships, the film unfolds Bill’s past and offers him redemption from past actions.

With a consistently quiet sense of pain, rage, and frustration masking the desperation for connection and second chances, this is Oscar Isaac’s best performance, rendering the emotions of every word (or the meaning behind them) in his eyes. Through Isaac’s performance, it becomes evident that Bill’s gambling isn’t about the money for him, but rather gives him a sense of security, order, and predictability that prison gave him and what his past robbed him of. His relationship with Cirk reflects this, as he sees someone going down a similar path, hoping to stop a cycle of violence he perpetrated. Yet through the two actor’s expert handling of reflecting PTSD, the path the film goes down becomes inevitably tragic, trauma proving to be dehumanizing. Tiffany Haddish has also never been better, her performance is warm, affectionate, and understanding, but still has a sense of levity that never veers into true comedy. Isaac and Haddish have terrific chemistry that truly sells the possibility of redemption for Bill.

The strength of Schrader’s direction lies in his depiction of a post 9/11 America, and the notion that our shared trauma of the last 20 years is perpetuated by the cycle of torture and violence that we have inflicted on the rest of the world in that time. With a fantastic deployment of often cross dissolves, bokeh effect-esque, fantasy lighting, and framing the teeters on being defined as brutalist, Schrader truly has a cinematic language all his own that only furthers the exploration into Bill. As he does, Schrader presents flashbacks, torture sequences in hypnotic, visually stunning yet simultaneously nauseating, one takes with a fisheye lens. This gives the sense that not only is Bill’s memory is distorted in the remembering of his placement within the system, but also in giving the sense that this violence is a merry go round that no one gets off, and this is the seed that never is dislodged from Bill’s mind. This culminates in the larger discussion on the dehumanization of prison and the military system, rendered brilliantly in production design choices for Bill’s living choices, as well as through the way it has stolen these people’s lives.

While the film has many strengths, some of those are double-edged swords. For example, the score by Giancarlo Vulcano and Robert Levon Been is mostly utterly absorbing. Still, certain songs are played early on as a painfully obvious motif in their connection to the ongoing scene. But by the end of the film, other song choices are better utilized. Additionally, the movie has great symbolic resonance, but the inclusion of a fellow poker player who wears a tank top and trucker hat splattered with the American flag, who pops in throughout, is a trite metaphor that becomes annoying towards the end of the film. Lastly, the film’s use of technology for certain expositional beats, or one particular emotional beat, does not feel authentic and felt incredibly staged, the film grinding to a halt to have a close up on a phone screen or laptop news report.

The film has an ending that is surprisingly emotional and well earned, the final shot, in particular, being one of the most memorable in some time. Throughout the film, Isaac has narration explaining the variety of card games that he plays, how he counts cards, and the odds in which you’re going against the house, or casino. This is a wonderfully clever way to show the two essential truths of The Card Counter; that ingrained within Bill is the attitude of regimentation and dehumanization of the military, and that it is indeed impossible to beat the house. The weight builds, and everyone eventually folds.